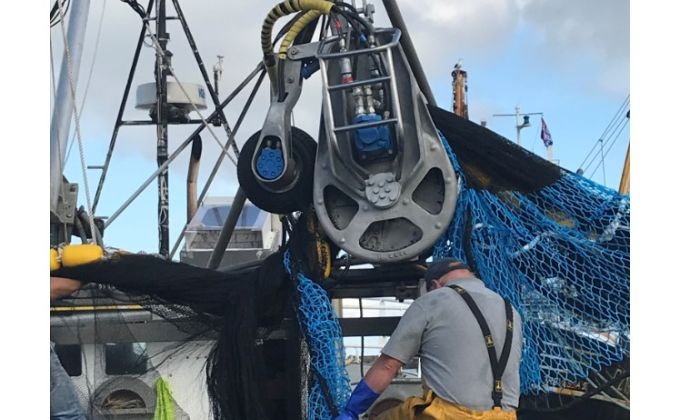 A legal challenge to the “right to trawl” imposed by the Scottish Government will be brought before the High Court this week by fishermen who dive and creel in inshore waters.

The Scottish Creel Fishermen’s Federation (SCFF) has accused the SNP Government of listening to its cronies in the industrial trawling sector and summarily ending a proposed pilot no-trawl scheme in the Inner Sound off the Isle of Skye which could have brought greater benefits to the economy and the Scottish marine environment.

The judicial review is taking place in the same week as the conclusion of the Marine Management Organisation’s (MMO’s) call for evidence to better safeguard marine habitats in English waters, notably on the Dogger Bank, and just two days after MSP Fergus Ewing publishes his Future Fisheries Strategy on Tuesday.

The SCFF has lodged the petition for the judicial review on the grounds that Marine Scotland based its refusal of the pilot scheme to ban trawling in the inshore nephrops fishery (a large prawn also known as langoustine or scampi) on a public consultation in which the SCFF claim, the responses were dominated by objections from members of the trawl industry, instead of on their own predetermined criteria.

The SCFF says that the nephrops creel fishery is a low-impact, high-value fishery that sells its live langoustines for about £12,000 per tonne. Conversely, they claim the high-impact, low-value trawl fishery supplies the scampi market with its trawled nephrops that are only worth an average of £3000 per tonne.  They also maintain that here is also evidence that creel boats employ nearly five times as many people as trawlers.

Alistair Sinclair, National Co-ordinator of SCFF, said: “Scotland cannot continue defending a ‘Jair Bolsonaro slash and burn’ type model of exploitation until there is nothing left worth protecting. In a single generation, since the removal of the inshore three-mile limit in 1985, our inshore ecology and productivity have been destroyed.  However, if Marine Scotland is willing to change, the restriction of trawled gears in the inshore will not only reverse decades of degradation and destruction but will actually create significant economic benefits: it is a win-win.”

Sinclair also insists that the Scottish Government’s management principle that access to the marine resource should remain unrestricted where possible massively favours the mobile sector because this “right to trawl” allows unselective, industrial trawlers to dominate the stock.

Robert Younger, Solicitor with Fish Legal said: “Unfortunately many people don’t realise that the introduction “freedom to trawl principle” to the inshore in the 1980s has destroyed much of Scotland rich inshore marine ecology, which also forms productive basis of many of our inshore fisheries.  There is increasing evidence showing the huge costs in terms of lost employment opportunities and lost revenue of that policy.   This case is about forcing the Scottish Government to address that evidence and manage the inshore for the people of Scotland rather than for their friends in the trawl sector.”

Fish Legal is backing the case because of its importance to coastal communities, artisanal fisheries recreational sea anglers and the people of Scotland.

Dr Thomas Appleby, an environmental lawyer at the University of West England, Bristol said: “This vital case questions the basis of government decision-making on access to the UK’s fishery which, with all we know about biodiversity loss, food security and climate change, we should be managing as sensitively as possible.  In continuing to allow damaging gears in the Inner Sound, the Scottish Government is running away from the problem and failing to listen to voices around the country who are calling for proper management”.

Elsewhere in the UK, other small-scale fishing communities are also taking a stand against industrial, often foreign-owned trawlers in UK waters, following recent confirmation by the House of Lords that the public, not businesses or industry, owns the right to fish in UK waters.

Charles Clover, Executive Director at the Blue Marine Foundation said: “We are seeing local fishing communities cross the UK starting to fight back against a nonsensical system that allows our inshore waters and even our offshore marine protected areas to be routinely damaged by trawlers and dredgers – a practice that makes no sense economically or environmentally”.

The SCFF has also raised wider concerns that this case follows a pattern that suggests that the mobile sector wields too much influence with Marine Scotland and that the management of Scottish fisheries appears more aligned with the interests of the industrial trawlers than with the public interest or fisheries policy under the National Marine Plan. 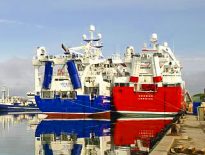 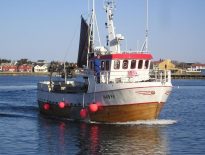