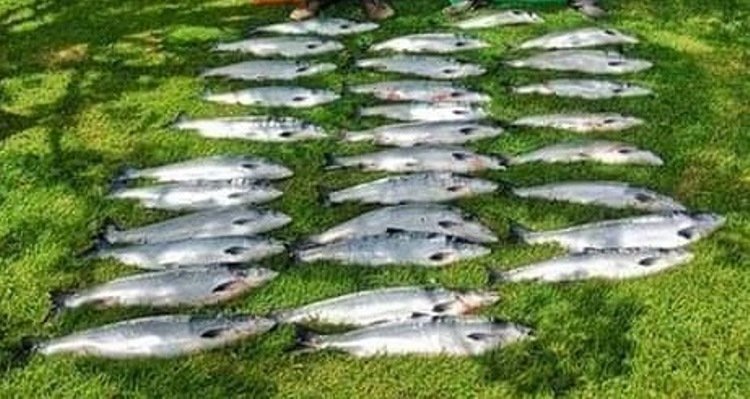 Salmon in Irish waters have seen an improvement in numbers this summer. Salmon seized in Cork by Inland Fisheries Ireland. Photo: IFI

Salmon numbers have taken a jump in Irish waters this summer according to anglers fishing on the rivers in Northern Ireland.

Anglers have reported that the iconic fish has been seen in greater numbers despite having been in steep decline for many years.

Numbers of the iconic fish have been dwindling in Irish rivers but this summer has seen a marked increase in numbers on rivers in both Northern Ireland and in Donegal.

This proof of increase in stock has been supported by the number of illegal salmon catch seizures made along the west coast.

On 13 July, Inland Fisheries Ireland (IFI) made a seizure of 98kg of salmon along with 265m of illegal drift net off the Co Cork coast. They also reported seizures off the Mayo and Donegal coast.

Though there has been an increase in salmon activity, the evidence of a return of stocks to the rivers might be premature to suggest a sustainable fishery.

So what is the reason behind the increase in salmon numbers this summer?

Jim Haughey, who is a director with the Ulster Angling Federation (UAF), said the increase in numbers could be down to the COVID-19 crisis.

“Everything is relative because stocks were down so far recently, any increase is regarded as good.”

Mr Haughey, who has been a director with the UAF since 1982, said the increased run in local rivers relates mainly to salmon.

He said one reason for the jump in numbers could be linked to the coronavirus pandemic.

“There is one theory that has been doing the rounds – because of Covid-19 restrictions a lot of fishing boats never left port for months on end, not just in Northern Ireland, but further afield,” he said.

“There has been a great reduction in commercial fishing.”

“There’s no way to prove that one way or another.”

Mr Haughey said the reason for the increased run could be a combination of factors which may include “natural circumstances that occurred at sea”.

He said the recent good news offers has given the angling community a boost.

“Salmon runs have been very poor lately and everyone is very worried about salmon stocks getting to a point where they might not recover, it’s very heartening for everybody,” he said.

“The authorities and anglers have been working hard to protect the salmon.”

He also warned that our waterways remain under threat.

“The big problem is pollution and there really needs to be something done about pollution,” he added.

The increase in stocks in the north has been mirrored across Ireland with the The Federation of Irish Salmon and Sea Trout Anglers also reporting a marked increase in salmon stocks returning to Irish rivers across the border. 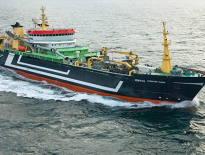 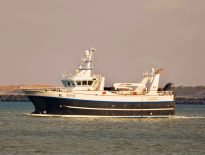