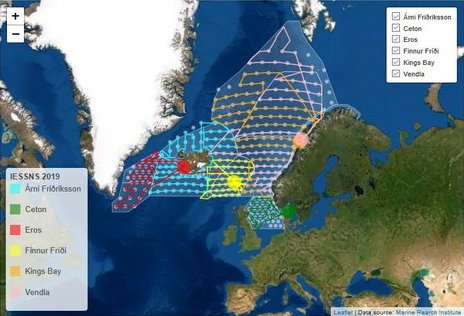 Reports from the ongoing mackerel exploration shows has come back positive with the vessels making significant catches of mackerel in the Norwegian Sea.

The 2016 year class of NVG herring is also promising.

The international mackerel exploration that will cover large parts of the North Atlantic with six vessels is in its fourth week. Marine scientist and research leader Leif Nøttestad is on board Kings Bay and has summarized the cruise so far in a report on HAvforskningen’s website: The main features of the report show this so far:

Large sea and coastal areas have now been mapped. Both the Faroe Islands and the EU (Denmark) have completed their surveys in Faroese waters and in the North Sea and Skagerrak, respectively.

Following a change of crew in Tromsø, the chartered Norwegian fishing vessel ‘Eros’ is now mapping Greenlandic and international waters.

In addition, the research vessel “Arni Fridriksson” continues to operate in Icelandic and international waters, while in Norway we have so far mapped larger parts of the Norwegian Sea and the Norwegian coast with the fishing vessels ‘Eros’ and ‘Kings Bay’.

So far, the two Norwegian boats have mapped the southern, central and partly northeastern Norwegian Sea. Significant mackerel catches have been taken in central and northern parts of the Norwegian Sea, including off Jan Mayen. The mackerel caught by Jan Mayen is large and fat, and check samples showed full stomachs of larger amphipods. The mackerel is a tough one that does not hesitate to migrate into cold bodies of water, even though it is considered to be a so-called “heat-loving” species.

Mackerel have a wide temperature tolerance and can survive and thrive in very different water masses in sea and coastal areas with sea temperatures from about 5-25 ° C. The reward of grazing in cold waters in the north is that there are the largest and most nutritious prey. Another advantage is the light and midnight sun north of the Norwegian Sea, which helps visual predators such as mackerel and herring to graze around the clock in the summer.

The 2016 year class (4-year-olds) of Norwegian spring-spawning herring (NVG herring) looks promising, and now has a usable distribution in the north-eastern Norwegian Sea and northern coastal areas. NVG herring now graze primarily in the upper 30 meters of the water column throughout the day based on data from acoustics (echo sounder and sonar) and trawling.

It will be exciting to study the results from the international mapping and acoustic quantity estimation of NVG herring from this year’s mackerel ecosystem cruise.

They are very scattered according to the echo sounder recordings from about 80 – 400 m depth depending on the area, water masses and time of day. 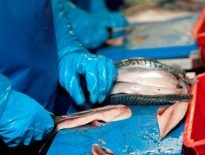 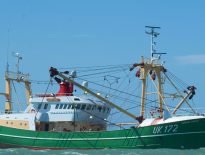