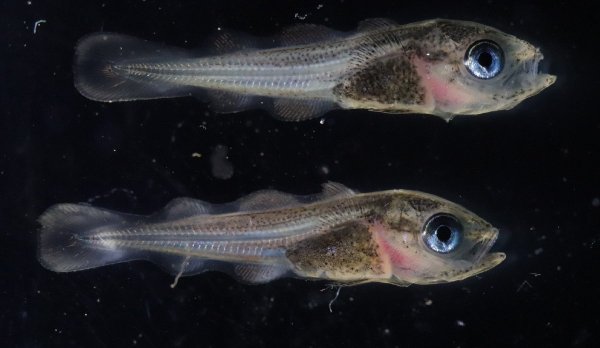 When they were exposed to magnetic fields of the same strength as from submarine cables, the haddock larvae swam more slowly. The research provides new knowledge about how offshore wind farms can affect life in the sea.

Research from the Norwegian Institute of Marine Research (HI) reveals magnetic fields from submarine cables can slow down haddock larvae.

Offshore wind farms and other offshore energy facilities are connected to submarine high-voltage cables that produce magnetic fields. These can affect fish that swim or drift nearby – especially fish larvae that have less ability to swim away from the cables says HI scientists.

Their marine researchers have now looked at what effect this can have on haddock – a commercially and ecologically important species in the North Sea, and a popular choice in fish & chips.

“We wanted to find out whether the larvae that drift in areas where offshore wind turbines are planned can be affected by magnetic fields of the same strength as those generated by the sea cables that connect the turbines,” says Alessandro Cresci, postdoctoral fellow at HI.

The researchers set up an experiment that simulated a scenario where fish larvae swam or drifted past an undersea cable. The behaviour of the larvae was filmed and analysed by the researchers.

“Being exposed to the magnetic field more than halved the swimming activity of the great majority of the haddock larvae. It also reduced their acceleration significantly,” says Cresci about the results of the experiment.

“Such a reduction in swimming activity can affect the spread and survival of the larvae in the wild.”

In previous research, Cresci and his colleagues have found that haddock larvae do not just drift passively with the current; they also swim actively in a north-westerly direction, following an internal magnetic “compass”.

This directional swimming helps determine where the newly hatched larvae end up after spawning. If the swimming activity is slowed down by submarine cables, it can therefore affect their spread and reduce their chances of survival.

“Therefore, we wanted to understand whether haddock larvae, which will operate in areas where offshore wind turbines are planned, are affected by magnetic fields in the intensity range of those generated by the underwater cables that connect the turbines,” says the marine researcher.

The experiment was carried out in a special tank built for the purpose, with electric coils that could induce magnetic fields in one half of the tank. The strength of the magnetic field was the same as from ordinary submarine cables.

The set-up thus gave a realistic imitation of what larvae will be able to experience when they swim or drift near an undersea high-voltage cable in the wild.

“We released one larva at a time in the middle of the pool, so that they could swim freely between the side with the artificial magnetic field and the side without the magnetic field. Then we observed their behaviour for fifteen minutes,” explains Cresci.

The haddock larvae showed clear differences in exploratory behaviour: A minority of 20 per cent of the larvae were very exploratory and swam back and forth in the pool. The large majority, on the other hand, were non-explorers, and stayed on one side of the swimming lane.

The effect was different between the two groups:

The exposure to the magnetic field reduced the swimming speed of the non-exploring larvae by more than half (60 per cent) compared to the controls. Their acceleration was also greatly reduced (by 38 percent). For the exploring larvae it has no effect.

“This selective influence on the non-exploring individuals could potentially have consequences for the haddock population in the wild,” says researcher Alessandro Cresci.

The experiment on haddock larvae is part of a larger research project at HI on the effect of offshore wind farms on fish larvae. The project maps the effects of both magnetic fields from submarine cables and operational noise from wind turbines.

In a study published earlier this year, the researchers found no significant effect of magnetic fields on the larvae of sandeels, a key species in the North Sea ecosystem. The researchers now plan to carry out a similar experiment on cod larvae.

In addition, they have carried out unique research into how fish larvae are affected by low-frequency sound similar to that produced by wind turbines.

“The development of the offshore wind industry is underway, and it is progressing quickly. We have made considerable progress in understanding the possible consequences this can have in the vulnerable early life phases of fish,” says Cresci.

“Our results provide some of the first evidence of possible ecological impacts of sea wind development. This type of research should be taken into account when considering what the further development could mean for life in the sea,” the researcher underlines. 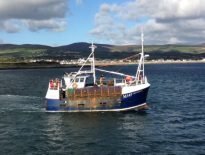 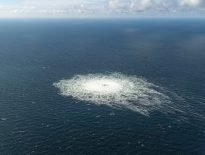