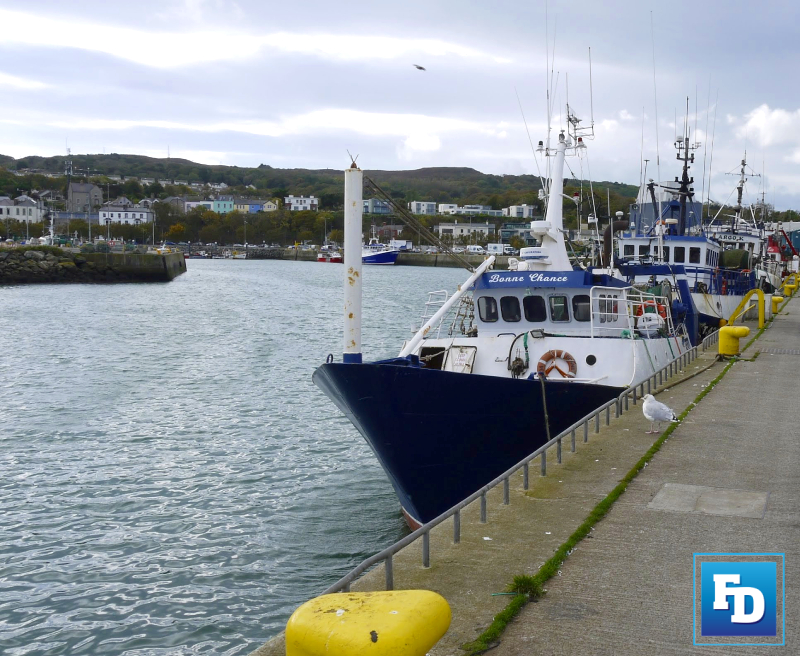 The COVID-19 pandemic left the Irish seafood market extremely fragile, during 2020 according to the 2021 Annual Review and Outlook report

The Annual Review and Outlook provides up-to-date information and statistical analysis from a variety of sources, to provide a detailed overview of Ireland’s agri-food sector and an outlook for the future.

A strong evidence base is essential for policy formation and implementation. The information and statistics included in the Annual Review and Outlook is intended to assist in policy analysis and debate in the sector. The agri-food sector is Ireland’s most important indigenous industry, playing a vital role in Ireland’s economy. Irish food is produced by thousands of farmers, fishers and agri-food companies around the country.

137,000 farms produce over €8 billion in output; and we have over 770,000 hectares of forest and over 2,000 fishing vessels and aquaculture sites. The agri-food supply chain stretches from rural and coastal areas all across Ireland to the UK, Europe and further to markets in the Americas, Asia and Africa. In 2020 Ireland’s food and Agri- foods products were exported to over 180 markets worldwide and valued at €14.2 billion, a 60% increase from €8.9 billion in 2010. The sector is thriving and continues to evolve and meet the needs of its customers, both domestically and internationally.

In the report under the section titled Fisheries and Aquaculture, it shows that Irish seafood exports were work €531 million in 2020, down 8% on 2019. The domestic consumption of fish amounted to €406 million in 2020. The report also shows that the seafood industry in Ireland employs over 16,400 people, directly and downstream. Many of them based in Ireland’s remote coastal communities, where alternative employment options are limited.

The overall market situation during 2020 was extremely fragile, with both the domestic and export markets reacting to the ongoing challenges posed by the COVID-19 pandemic.

The value of Irish seafood exports declined by 7.9% to reach €531 million in 2020. This is against a backdrop of volumes declining by less than 1% over the year to reach over 200,000 tonnes of exports. The sector has been severely impacted by COVID-19 which has affected the performance of all species across the sector, particularly within the shellfish category which suffered a 30% reduction in export values.

Ireland’s largest seafood export market, France, was extremely challenging for Irish exporters during 2020. Values declined by 19% to be worth in the region of €118 million. Volumes were also down by 19% across the range of species sold into this market. Exports to Spain were down by 15% in value to be worth €53m and 15% in volume during this period.

The Italian market, upon which the Irish langoustine sector is heavily dependent, was also affected by the extended lockdowns. This effectively closed off the hospitality sector for exporters. This sector is the main outlet for high value shellfish species from Ireland. Italy dropped from third largest export market in 2019 to sixth largest behind France, the United Kingdom, Spain, Nigeria and Poland in 2020.

Irish exports to Asia suffered major declines during 2020. COVID-19 resulted in lengthy foodservice closures which impacted severely on high value shellfish exports to the region. Seafood exports to Asia were worth €46m in 2020, a 48% decline year-on-year. Exports to Japan declined by 42% and exports to China reduced by 70%. The increase in logistical costs also had a negative impact on the returns secured by the sector during 2020.

The reduction in seafood export value for 2020 of 8% from the previous year is a far more significant decrease compared to agri-food exports in general, for which the overall decline was just 3%. There are two main reasons for this decline. The first is the disruption of exports in the shellfish category (crustaceans and molluscs) which are normally destined for the foodservice channel. The second is similar disruption to the overall food service, particularly in Europe, for whitefish (notably higher value fish like monkfish).

Certain categories, such as pelagic (oily) fish fared better, with operators having opted to use their quota in the first half of 2020 to mitigate Brexit uncertainty and secure markets in West Africa. The value of exports to Africa increased by 77% to €92 million, accounting for 17% of total exports.

The increase in logistical costs also had a negative impact on the returns secured by the sector during 2020. An increase in inspections at ports has also resulted in increases in delays in clearing customs and a consequent increase in the costs to service this market.

Exports of whitefish decreased by 8% in volume and 3% in value. Core markets in Europe saw a decrease in export values of 18%, with volumes declining 13%. Spain remains our main market for whitefish, followed by the United Kingdom and France. The Irish whitefish total allowable catch decreased by around 9% in 2020 compared to 2019.

Export values and volumes of Irish shellfish fell in 2020 after the closure of hospitality sectors in the main markets during the year. The Irish oyster sector had a bad year, with export value and volume decreasing by 30% and 29% respectively. Exports of oysters to France and China declined significantly in 2020 with growth only seen in exports to South Korea and Italy; however, these markets are relatively small.

In January 2021, Minister McConalogue published a Preliminary Analysis of Transfers of Quota Shares which details quota transfers for Ireland across the different stocks. This compares the quota shares allocated to Ireland in 2020 and the corresponding new quota shares for 2021- 2026. The cost of the final (2026) quota transfer by Ireland will be €43m which amounts to a 15% loss in overall value. In contrast, the Netherlands contributed approximately 10%, France about 8%, Denmark and Belgium about 7% and Spain only about 4%.

Our largest fishery, Mackerel, in particular, made up a large proportion of the value of the transfer to the United Kingdom (estimated annual transfer value is €55m). There will be a 26% reduction in our western mackerel quota share. Ireland holds over 50% of the share of this quota and is losing €27.5m annually. In Ireland’s largest non-pelagic fishery, Nephrops (Prawns) in Area 7, the Irish quota share reduction will be 14%.

Reductions in the Annexes to the Agreement are graduated over the 5.5 year period of reciprocal access, but the largest part of the reduction, 60%, is between 2020 and 2021. Non quota stocks will not be impacted until 2022.

On Inshore fishing the report says the implementation of the Strategy for the Irish Inshore Fisheries Sector 2019-2023 continued in 2020, with the Strategy Implementation Group driving progress on actions it identified as priorities for the sector. These include developing a profile of the inshore sector, building the sector’s capacity to engage with policy development and enhancing industry’s understanding of management and planning for inshore fisheries. In 2020, the Group adapted the annual National Seafood Survey for inshore vessels under 10 meters to collect data for the development of a more accurate inshore sector profile. It also identified mechanisms to encourage fishers in the sector to develop their digital literacy through one-to-one training in the local community. BIM is leading implementation of the strategy in partnership with the NIFF and the National Inshore Fishermen’s Association. The Group includes representatives from industry as well as DAFM, BIM, the Marine Institute and the Sea-Fisheries Protection Authority.

The full 2021 Annual Review and Outlook report can be read by clicking here.

Commenting on the 2021 Annual Review and Outlook, Minister McConalogue said, “The Annual Review and Outlook for Agriculture, Food and the Marine 2021 covers a period when the sector faced the twin challenges of Brexit and the economic impact of the COVID-19 pandemic. Our farmers, fishers and food producers as well as processors and exporters faced into this once-in-a-lifetime situation with remarkable resilience. The families of Ireland continued to have food on their tables, and we grew our €14bn export sector with world-class produce going to some 180 markets.

“The resilience shown by our farmers and fishers, food producers and processors, and the distribution chain, including retail, was remarkable.  I think that the last year has really underlined the vital contribution which farmers and fishers make, in producing food, in protecting our natural environment and landscapes, and in contributing to their local economy and community”.

Despite the disruption in the early phase of the pandemic, average family farm income in 2020 increased by 9% to €25,663. Total agri-food exports exceeded €14 billion for the second year in a row in 2020. The agri-food sector is Ireland’s oldest and largest indigenous exporting sector. In 2020, the sector accounted for over 6% of GNI and 9% of total exports in value terms (but a much higher proportion, estimated close to 40% of exports by Irish-owned enterprises).

The agri-food sector employed 163,600 people or 7.1% of total employment in 2020, while outside of Dublin and the mid-east region, the sector provides between 10% and 14% of employment. Ireland’s food, drink and agri-food products were exported to over 180 markets worldwide. The United Kingdom remains our largest trading partner with 37% of agri-food products; other EU countries accounted for 32%; and the rest of the world accounted for 31% (€4.3 billion).

The Minister concluded, “I am confident that the data and information included in this Annual Review and Outlook will inform policy analysis and debate over the next year. This is as we look to the continued economic, environmental and social sustainability of the agri-food sector and particularly as we begin the implementation process for Food Vision 2030, the new stakeholder strategy for the sector, which has as its core vision to make Ireland a world leader in sustainable food systems.” 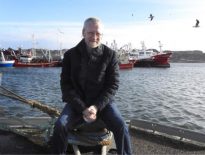 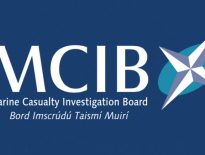