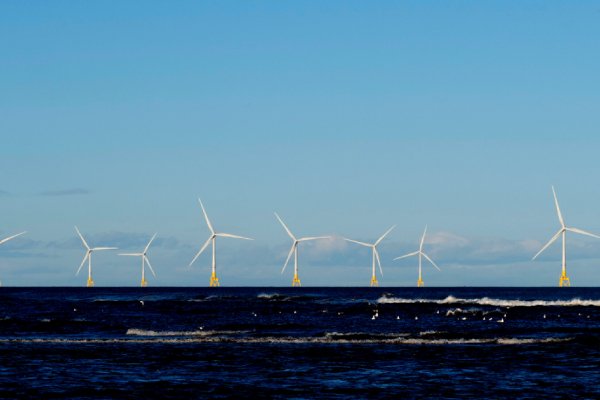 The seas around the Shetland Islands are subject, like most coastal areas these days, to the onslaught of offshore wind farm developments.

Whilst the reality that offshore wind energy is coming is unescapable, the many issues still unanswered remains, one of which is, “What about the fishing industry?”

The UK target to achieve Net Zero by 2050 (2045 in Scotland) has put ORE at odds with the fishing industry, because the government has decided that carbon neutral forms of energy production takes precedence over all else. On a monthly basis Crown Estate Scotland are announcing licencing for offshore wind developments, without even a basic consultation on the seabed they are set to destroy.

Trawlers could lose up to 80% of the areas they fish by 2030 alone between offshore wind farm (OWF) developments and marine protected areas (MPAs), and this for the Shetland offshore whitefish fleet which consists mainly of bottom-trawlers, would mean a massive blow.

This makes marine spatial planning even more vital for the fishing industry and for Sheila Keith, Chief Executive of the Shetland Fishermen’s Association (SFA), it leaves questions as to why the fishing industry is not being consulted on the future division of the seas around the Islands.

“I think we feel left out,” says Sheila when asked how Shetland fishing community are being treated in the rush for offshore wind. “I think we’ve had good examples of good cooperation in the past on our waters are in Shetland with oil and gas in the 1970s.

“I wasn’t here thankfully. I’m not that old, but I’m old enough to see the effects of that and the good cooperation with oil and gas. I’m disappointed that the lessons learned then are not being replicated.”

The cooperation between the fishing industry and oil and gas developments worked well, but this story with ORE is different. The seas around the Shetland Islands are particularly hostile and the remote location of the islands has been a major contributor to its fishing industry with valuable fishing and breeding grounds literally on its doorstep. Something that seems to be forgotten in the panic for green energy.

“The areas that have been set aside for development seems to be the worst areas because it seems to be the data they use to identify these areas are outdated, didn’t exist, or perhaps they didn’t mean care. I don’t know. Our fishermen certainly feel the latter to be more the case,” says Sheila.

The fishing industry is particularly worried about the placement of OWFs and the long-term ecological damage they may impose on marine life. Government solutions to the damage ORE may cause is the MPA or the Highly Protected Marine Area (HMPA). It is being used to calm any disquiet from environmental non-governmental organisations (eNGOs), but yet governments do not seem to have a reply for what will happen to fishing and it’s importance as a food producer.

“Is the government going to be honest and say that fishing is going to be the collateral damage of green energy, which would be devastating actually because we are producers of green low carbon food.

“We need food. We need energy security. We need food security. The government here in Scotland especially can have a serious win-win scenario here.”

The SFA have been knocking of the door of the Scottish government asking questions about the impacts OWFs such as closed fishing areas due to the wind turbines themselves, the submarine cables which connect them, and the surrounding noise pollution and electromagnetic fields

“I’m hoping some of the noise we’re making will let them change things before it’s too late.”

There are other issues too that could come to affect the fishing industry of the Islands. They Shetlands have a proud tradition of fishing going back to the times of the Vikings, and this has been handed down from generation to generation since that era. Fishing is a family affair, and this could be lost if ORE companies don’t engage with the local community. Sheila believes that both sides can work together. She says:

“We are limited in in our workforce, but we are definitely not naive fishermen that we don’t want to see some of the work if this is going to happen in the waters off Shetland. We don’t want it damaging our fisheries, but we want some of the contracts to come into our local community. There must be a win-win for our islands in this.

“But if we end up with green energy and a devastated fishing industry, that is, with our fishing boats pushed off their grounds, with spawning grounds having been damaged, or with electromagnetic fields causing our inshore fisheries to behave in an in an unnatural way; that will be so much more than disappointing. It will be devastating.”

Sheila believes that ORE developments should be treated the same as fishermen are made approach fish stock by using the precautionary approach.

“Somebody will have to be held to account for that, because if you proceed knowing the risks, it’s one thing doing something and getting unintended consequences. But if the government know all this risks, we’ve highlight to them; we’ve done that in writing, then it’s irresponsible to proceed.

“By their own admission, the Scottish Government says there are huge data gaps when it comes to wind farms, So, stop, take note and let technology develop at bit. The supply chain for Scotland can’t handle all this development too.

“Let’s take it in a more apportioned, a lengthier timeframe for development, because this is not actually going to provide cheap energy there with the costs that are incurred if you try to do it speedily.”

Sheila says that the fishing and seafood processing industries in the Shetland Islands are growing, something that is not happening on the mainland to the same extent.

“We’ve the precautionary principle the whole time when it comes to fisheries,” says Sheila when officials are not sure of the science.

“Where is the precautionary principle when it comes to green energy or putting something in the water that’s never been done before.”

The full podcast can be found here 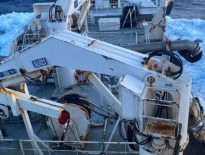 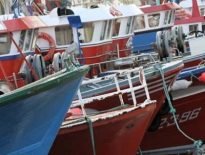 EU Fishing Industry Portugal will receive €392.6 million from the EM…
0