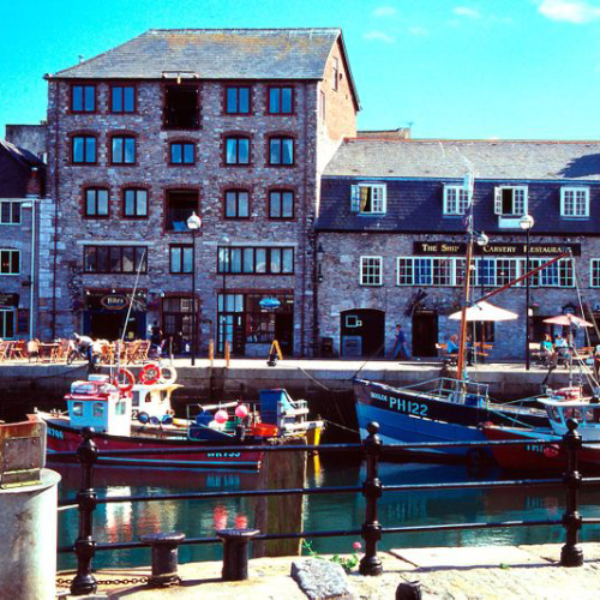 Over-promised and under-delivered; that’s the reality of the new fishing trade agreement with the EU says Councillor Tudor Evans OBE and the fishermen of Plymouth.

The Leader of Plymouth City Council has written a letter to George Eustice MP, Secretary of State for Environment, Food and Rural Affairs to express his disappointment at the trade agreement on fishing struck with the EU.

He said: “Plymouth is not only a major fishing port but also a regional hub for the South West industry.  All around the coast fishing fleets located in harbours that no longer have auctions and merchant bases to support them or sales of their fish and rely on Plymouth trawler agents to do so.

“This is an industry not just valued for its economic contribution to our city, but its significance to our heritage. That is why I, along with the industry as a whole, are enormously disappointed by what has been delivered in this ‘oven ready’ Brexit deal.

“Fishing was highlighted as a key example of the EU stifling British industry. We were told that outside of the EU people working in the fishing industry would prosper, with exclusive access to our territorial waters and a much fairer share of the fish that’s in it. This trade deal does not achieve any of the promises that were made. Foreign vessels will still have access to UK territorial water and ironically there will be far more red tape for our exporters to deal with.

“Somehow this Brexit deal has managed to deliver all the bad bits and none of the good bits.”

The Council leader called for a number of measures to support the industry:

A substantial and targeted funding package – Ministers announced £100m will be made available for ‘modernising trawlers and fish processing’ but more substantial funds will be needed as over 75 per cent of the English fleet is over 20-years-old. Port infrastructure will also need updating. In Plymouth the Council is working with the industry and the port authority to develop proposals for a modern market and fish quay fit for the 21st Century, which would help to drive efficiencies for the whole supply chain.

A decommissioning scheme – The Government is looking to strengthen marine conservation measures and further restrict some fishing activities. While we support measures to protect the marine environment, the impact on some fishermen whose traditional grounds would be closed to them should be recognised. Reducing the size of the fleet would help avoid displacement problems and gear conflicts, improve the profitability of remaining businesses and assist the Government to deliver its objective of a modern, sustainable and profitable fleet. Fishermen in Plymouth and elsewhere, in particular those with boats under 10 metres, understand their local fishing grounds will not be protected from EU access. They also understand they are unlikely to receive any big windfalls of quotas they were expecting. As a result they are asking for serious consideration of an urgent decommissioning scheme.

Distribution of quota – The quota system should be more transparent and support a diverse fleet. Allocations should take into account the effects on the entire supply chain, with a direct link between quota allocation and benefits to coastal communities. Given the hardships experienced by the industry here, we ask that priority is given to assisting the south west industry.

Safety and wellbeing of fishermen – Improved rest and social facilities for fishermen, greater hands-on business support and means of enhancing the earnings of fishermen.

A new model of community engagement – We want a genuine collaborative approach that sees DEFRA and its agencies working with the Council and the LEP alongside the local fishing industry. We in Plymouth stand ready to meet this challenge.

Improve the operation of regulatory processes – An urgent need for more effective liaison and communication on regulatory systems governing exports to the EU. Problems have arisen which go beyond expected teething difficulties.

He added: “This is not the time for recrimination but a time for central and local government to roll up their sleeves and fix these bottlenecks. It is not important at this stage if the problems are user error or system error, the knock on effects of export stalling means more fish is left on the market for the UK trade to attempt to sell in the middle of a pandemic with the hospitality trade closed down.

“Our fishing fleets are indeed facing the perfect storm. Brexit should be used as an opportunity to strengthen this industry in cities like ours.  Fishing is more than just work in Plymouth, it’s in our blood and this council will continue to fight for it.”

There is understandable intense disappointment among the fishing industry about the EU-UK Trade
and Co-operation Agreement. It has been a blow to them and they feel with justification severely let
down. Government promises have not been met, hopes raised by Ministers in the run up to Brexit
were dashed when the deal was done, and coastal communities have been left to pick up the pieces.

In the south west, the changes to quota over the five and half year adjustment period are marginal
and in some cases non-existent. Foreign fishing boats are to continue to have access to the 6nm to
12nm mile zone of UK territorial waters off our coast. Local fishermen will carry on experiencing
the frustration of having to watch foreign vessels fish in our waters whilst local boats are denied the
opportunity. Already problems have arisen with fish exports to the EU, making a difficult situation
worse. This has come on top of trying to keep fragile businesses solvent during the Covid-19
pandemic.

Plymouth is one of the three major fishing ports in England. The industry makes a highly valued
contribution to the local economy and we want to see it prosper. The people in it are part of our
community and they are important to us. We ask, therefore, that the Government acts to assist
these family businesses that have been the losers in the deal struck with the EU. We propose a
platform of measures:

A substantial and effectively targeted funding package
Ministers have announced that £100m will be made available for ‘modernising trawlers and fish
processing’. The new funding package needs to have much greater clarity of purpose and tuned to
the realism of the terms of the Agreement.

It is assumed that the funding package announced is the domestic replacement for EMFF. If so,
£100m would be totally insufficient to enable the industry to rebuild and modernise. More
substantial funds are required. Over 75% of the English fleet is over 20 years old, about 30% is over
40 years old. In many places the port infrastructure needs updating and modernising. In Plymouth,
we are working with the industry and the port authority to develop proposals to create a modern
market and fish quay fit for the 21st Century, but this will require commensurate investment. When
the UK was in the EU funds were available for this kind of project. It is reasonable to expect that a
domestic grant scheme can better this, to help an industry that is the heritage of coastal communities.

There were serious shortcomings with the EMFF scheme. It was cumbersome, complex and
inefficient. Those that needed the most assistance often found the process daunting. There is
considerable scope to simplify. A particular difficulty was that money had to be spent before grant
was released. This meant that institutions and those with deep pockets were advantaged over small
businesses and individuals. The aim should be to provide the most help where help is most needed.
With this in mind, consideration also needs to be given to the gearing of funds, so that support is
available where it will make the most difference. Consideration should be given to intervention rates
of up to 100% for single family businesses with small turnover. The new scheme should also be much
more transparent and operated accordingly.

Many of the smaller operators will have been hanging on in the hope that they would be able to enjoy
a fairer share of fishing opportunities, and that territorial waters would be protected for British
fishermen. That has not happened. Instead, they report that they are facing greater complexity and
more bureaucracy at levels unsustainable for small businesses. The Government has also signalled its
intention to expand its marine protected area programme. Whilst we fully support measures that
will do more to protect the marine environment, the impact on the fishermen whose traditional
grounds are closed to them should be recognised. Reducing the size of the fleet would create an
opportunity to avoid displacement problems and gear conflicts, improve the profitability of the
remaining businesses and assist the Government to deliver its objective of a modern, sustainable and
profitable fleet.

The marginal increases in UK quota and inability to preserve the UK territorial waters for British
fishing vessels will inhibit the government’s choices when deciding how to distribute any additional
quota. However, we hold to the view that there are some general principles that should be applied.
The quota system should be considerably more transparent than it is now. It should support a
diverse fleet and allocations should take into account the effects on the entire supply chain. There
should be a linear link between quota allocation and benefits to coastal communities. Given the
hardships that have been experienced by the industry in the south west, we ask that priority is given
to assisting the local industry.

The landing obligation continues to present challenges, despite the use of selective gear such as
modified trawls. Although the way in which the pool is managed in the south west seems to have
improved, the availability of stocks last year within the pool added to the difficulties of under 10m
vessels. Where possible additional quota should be used to alleviate the problem of choke species,
for all vessels.

Safety and wellbeing of fishermen

The excellent report, Fishing for the Future, by Seafarers UK which you endorsed, identified a number
of practical measures that could be taken to improve safety and wellbeing. Among these were
improved rest and social facilities for fishermen, greater hands-on business support, and various
means of enhancing the earnings of fishermen. Defra has a key enabling role and we believe that
priority should be given to improving the safety and wellbeing of fishermen.

A new model of community engagement

We welcome Defra’s recognition that it needs to break from the one size fits all approach to
fisheries management. The UK’s departure from the CFP creates the opportunity to start afresh.
We would welcome a genuine collaborative approach that saw Defra and its agencies working in
partnership with the City Council and the LEP alongside the local fishing industry. If there was need
for a reminder, Covid-19 has pointed up the importance and value of genuine community
involvement.

Improve the operation of regulatory processes

There is an urgent need for more effective liaison and communication on the regulatory systems
governing exports to the EU. Problems have arisen already with the catch certificate and export
health certificate (EHC) systems, which go beyond expected teething difficulties. There have been
three changes to the guidance on EHCs to local authorities and exporters since shortly before
Christmas and the arrangements remain unsatisfactory. This is creating extra work for local
authorities, not covered by the new burdens doctrine, and causing difficulties across the fishing
industry.

I look forward to your response. 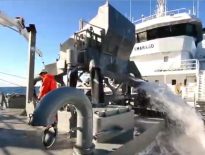 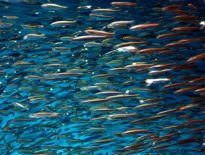