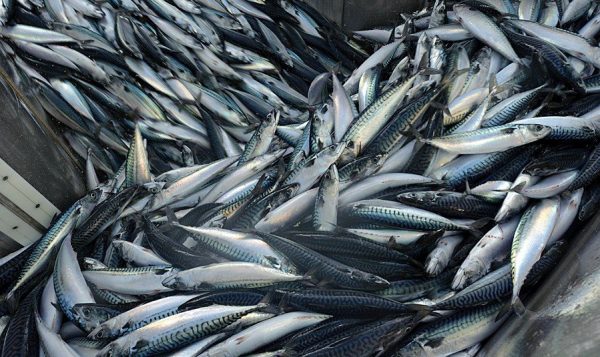 The Pelagic Advisory Council (PelAC) has written to the European Commission urging immediate action over the decisions from Norway and the Faroe Islands to unilaterally set quotas for Northeast Atlantic mackerel.

In the letter dated 23 August 2022, Jesper Raakjær, Chairman of the Pelagic Advisory Council writes to the Director-General of DG MARE, Charlina Vitcheva calling for action to protect the mackerel from what they see as unsustainable management of the fish stock.

In the letter, entitled ” EU reaction to unilateral decisions from Norway and Faroe Islands on quota for the
Northeast Atlantic mackerel and consequent severe risk of overfishing“, the PelAC Chairman writes:

On 13 May, the Faroe Islands unilaterally set a quota corresponding to 19.6%, of the scientific advice for total catches of Mackerel in the Northeast Atlantic. On 22 June, Norway also announced that in the absence of an agreement between Coastal States on the distribution of the mackerel stock, it has unilaterally set its own quota for 2022 corresponding to a level of 35% of the recommended total catch. The combined TAC for these two nations now amounts to almost 55% of the recommended annual TAC.

These unilateral and repeated decisions continue to jeopardize the sustainable management of the Northeast Atlantic mackerel stocks, and whilst consultations between Coastal States on a sharing agreement are still ongoing. Furthermore, this is despite the fact that the Coastal States involved have set the total fishing possibilities for 2022 in line with scientific advice (794,920 tonnes).

The PelAC discussed this issue at the occasion of its working group meeting on 12 July and would like to convey its great concerns and request a proportionate and immediate action with this letter.

As per its advice of October 2021, the PelAC expresses deep concerns regarding the consequences of these repeated and irresponsible decisions which are contrary to the UN Convention on the Law of the Sea, and particularly the 1995 Stradling Stocks Agreement, which deems this approach as IUU fishing.

In light of these irresponsible unilateral decisions, which go against all the efforts of the EU and its fleet to sustainably manage fish stocks based on the best possible scientific advice, the PelAC urges the European Commission and the Council of the European Union to take immediate and decisive actions to stop Norway and the Faroe Islands from another year of massive overfishing of this valuable stock. While the PelAC fully supports the European Commission’s commitment and efforts to find a sharing arrangement between all involved Coastal States for the Northeast Atlantic mackerel stock, it notes that this is the second year in a row that Norway and the Faroe Islands unilaterally set quotas, in addition to their 55% increase of their respective shares last year.

It should be noted that in 2021, total mackerel catches were 40% above the recommended ICES advice, and these unacceptable and unjustified autonomous quotas set by the Faroe Islands and Norway for 2022 will lead to total catches again at levels much higher than the scientific advice.

This situation is also alarming for the fishing industries and communities dependent on this valuable commercial species. In addition to the overexploitation of the stock by non-EU parties, which shatters the long-term management plan, EU fishing companies are being penalised by the downward trend in scientific advice aimed at compensating this poor management by these states. This is reflected in direct losses of turnover or the loss of recognised labels, such as the Marine Stewardship Council, which allow for a better valuation of the products.

The EU has several options available to counteract and deter these unacceptable unilateral decisions, including market access measures, which at this point should be seriously considered to prevent dramatic and irreversible damage to a stock that is of great traditional long-term economic importance for many European fishing nations.

Finally, the PelAC remains committed to a long-term sustainable management strategy for mackerel and recalls the need for the EU and Coastal States to work towards a management tool considered precautionary by ICES. This is in alignment with the internationally agreed objectives of achieving the objective of long-term sustainable mackerel fisheries in the Northeast Atlantic. It underpins an ecosystem-based approach to fisheries management that takes account of ecosystem and climate driven changes in the productivity of mackerel in the Northeast Atlantic.

We hope that the European Commission can take these considerations into account and take decisive and immediate actions to stop this irresponsible behaviour, which represents deliberate IUU fishing, by Norway and Faroe Islands.” 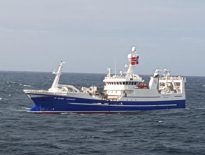 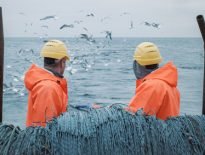