The PECH Committee heard from the Europêche President, Javier Garat, who analysed the implementation of the CFP

Today, in a hearing organised by the European Parliament Committee on Fisheries, the President of Europêche, Javier Garat, analysed the implementation of the Common Fisheries Policy (CFP).

While acknowledging the positive trends in many fish stocks across Europe, particularly in the North East Atlantic, Garat regretted that this was achieved at the expense of the fleet and employment. He denounced the many problems faced by fishers caused by unrealistic legislation such as the landing obligation that must be revised. Garat called for rational policies, based on science and not campaigns, that support food security, sustainable growth, competitiveness and the social dimension of the Common Fisheries Policy.

Adopted in 2013, the CFP amounted to a radical overhaul of the existing fisheries policies. The CFP introduced the goal to fish all fish stocks in Europe at reduced levels called at “Maximum Sustainable Yield” (MSY). The sector was promised that the introduction of the MSY policy would translate into larger quotas and the production of more seafood and more jobs. Mr Garat commented: “Our fishers have been always promised that all the sacrifices made in the short term will be paid off in the long term. However, despite having reduced fishing pressure by half in the NE Atlantic and fishing capacity by 20% (in other words, 20.000 fishing vessels less than in 2008), there is a continuous drop in employment. Besides, if we look at the total production of seafood in the EU, it has stagnated or even reduced over the last 20 years. The MSY policy is not delivering and cannot be looked at as a sacred rule.”

On top of the MSY policy, the CFP introduced at the same time the infamous “landing obligation”. Its goal, to eliminate discards in Europe. Mr Garat commented: “This policy proved one more time how certain rules fabricated in Brussels and based on emotional campaigns, have little to do with the reality. Our fishermen and women, despite their investments and improvements on gear selectivity, technical developments and research, have been criticised for not fully implementing a failed policy that per definition is unachievable. The Commission is trying now to implement the policy through infringement procedures against Member States and making everybody believe that CCTV on board will sort out all the problems. The answer is much easier, we need to revise these rules.”

Garat criticized that under the current CFP, the space on board destined to the kitchen, cabins, toilets or recreational areas are considered as part of the fishing capacity. He argued that this inadequate definition hinders the modernisation of the fleet and in particular social and safety improvements on board, thereby the need to find alternative formulas for measuring fishing capacity.

Garat also referred to the European Commission’s intention to phase out bottom contacting gears, particularly bottom trawling, under the upcoming action plan to conserve fisheries resources and protect marine. Mr Garat regretted the complete disconnection of the Action Plan with the CFP evaluation and the ongoing negotiations of international environmental goals for 2030. He highlighted that the Commission will put an end to sustainable and certified EU fisheries while at the same time still accepting large scale imports from non-EU bottom trawling fisheries.

Mr Garat concluded: “If we keep adopting unapplicable legislation and new radical environmental policies under the EU Green deal, I am sure there will be plenty of fish in the sea but no fishers to catch it. The aftermath of Covid-19 and the current war in Ukraine made governments realise that the EU needs to reduce dependencies on imported food products. The future CFP must go in this direction.” 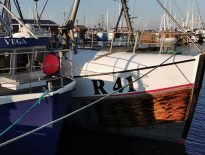 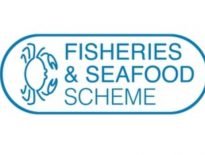 Featured News Fisheries and Seafood Scheme will Relaunch in Apri…
0