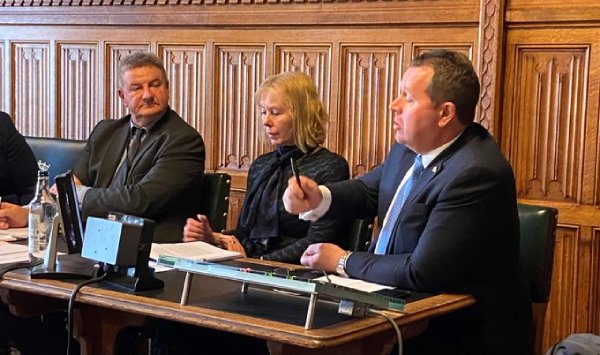 Yesterday, Monday 17 October 2022, saw the Parliamentary launch of the ABPmer Report commissioned by the National Federation of Fishermen’s Organisation (NFFO) and the Scottish Fishermen’s Federation (SFF).

The ABPmer Report, “Spatial Squeeze in Fisheries” was commissioned by the NFFO and the SFF and was launched at the end of June 2022.

All of the main political parties at Westminster were represented, including fisheries minister Mark Spencer and Shadow Fisheries spokesman Daniel Zeichner. The influential gathering also included the head of marine spatial planning at the MMO, the chairman of the Environment, Food and Rural Affairs Committee, senior figures from the Crown Estate, the chair of the All-Party Fisheries Group, a representative from the European Commission, as well as fishing industry representatives and members of the press.

The purpose of the event, organised on behalf of the NFFO and SFF by parliamentary specialists, Connect, was held to highlight the scale, pace and implications of the mounting displacement issue.

Suzannah Walmsley from ABPmer described the analysis underpinning the report which identifies the expansion of offshore wind and marine protected areas as the two main drivers for displacement. Under the worst-case scenario this will mean that the fishing industry will lose access to half of the areas currently available to it by 2050. The best-case scenario is that we will lose a third.

NFFO Chief Executive, Barrie Deas, made clear that the political imperatives for zero carbon emissions and the need for protection for sensitive marine species and habitats are fully understood by the fishing industry. What is currently missing, however, is a balancing appreciation that food security can only be achieved if production areas – key fishing grounds – are also protected. At present, the fishing industry is not even a statutory consultee when it comes to marine spatial planning decisions. By contrast with agriculture, fishers do not have legal title over their fishing grounds and there is an implicit belief that fishing can always be shifted elsewhere. The ABPmer report makes plain that the sheer scale and potential for displacement ahead requires fresh cross-government action.

Elspeth Macdonald (SFF CEO) emphasised that the pace of change on offshore wind and marine protected areas was like a “bulldozer on steroids” and that the consequences if not addressed would be calamitous. Both federations stressed that early and meaningful dialogue and intervention could mitigate and minimise the scale of disruption but at present those cross-government discussions were not happening – there is a lack of joined-up thinking within government. Elspeth also made the point that the two federations should not have had to commission this work – it was necessary because of a gap in government policy.

Fisheries Minister, Mark Spencer, said that his inbox was full of anti-bottom trawling propaganda coordinated by elements of the green lobby, and that the public had consequently been misled into an inadequate understanding of both what MPA designation was and the impact different forms of mobile fishing gear.

Robert Goodwill, chair of the EFRA Committee, highlighted the disparity between the establishment of national parks where, rather than being “turfed out”, farmers were invited to participate in achieving conservation objectives in partnership with regulators. This contrasts starkly with the notion that marine protected areas (which cover 38% of English waters and 50% of inshore waters) should be cleared of productive activities, beginning with Highly Protected Marine Areas.

The parliamentary launch of the NFFO/SFF report was an important building block in understanding that good intentions are not enough. Unless the scale and pace of the mounting displacement crisis is understood and addressed, we will enter a period where profoundly chaotic outcomes will emerge. Fishing businesses and coastal communities will be harmed but it will also be increasingly difficult to manage or even understand our fisheries. Experience suggests that displacement will lead to perverse outcomes for fisheries but also the marine environment.

The ABPmer report is in this sense, a call to arms. It is possible to limit displacement effects, but this requires meaningful engagement and dialogue at an early planning stage. Effective marine spatial planning has a central role to play. The cumulative effect of multiple micro-displacements can no longer be ignored.

The next steps will include: 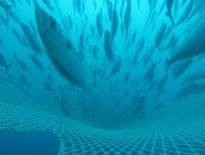 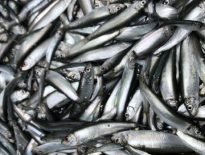