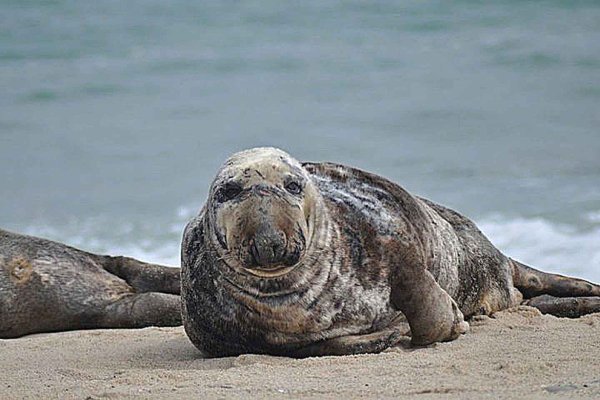 Marine mammals fork in plenty of fish, plankton and other snacks in the Northeast Atlantic, but do they compete with us for the same fish? “Yes, maybe, in some areas,” says the researchers.

Researchers have calculated the amount of prey that marine mammals in the Northeast Atlantic eat, and they have then compared this with how much we humans get out through fishing.

An important question for the researchers was whether sea mammals and humans are competitors in the food dish – or whether there is enough sea food for everyone.

Knowledge from industry, politicians and the administration has long been in demand and researchers hope this new publication will help answer some of those questions.

“We divided the sea area into three regions; the area around Iceland, the area of ​​the Greenland Sea and the Norwegian Sea, and finally the Barents Sea,” says head of research at HI, Mette Skern-Mauritzen.

A number of different factors went into the calculation, such as how much nutritional need the different animals have, how many they are, and which species they prefer on the menu.

The combination of knowledge and field data was then used in different models, to calculate the total biomass the marine mammals eat. Biomass is the total weight of all prey.

13.4 million tonnes of prey in the Iceland region

4.6 million in the area between Greenland and the Norwegian Sea

In the Barents Sea, 7.1 million went down sharply.

In total, whales and seals eat about 25 million tonnes a year. What about us humans?

This means that we fish almost 4.2 million tonnes in the same area.

Largest competition in the dish in the Norwegian Sea

“In contrast to marine mammals, we fish mainly for species that are higher up in the food network,” says Skern-Mauritzen.

Because where the blue whale happily supplies itself with plankton, which is far down the food chain, we like to fish predatory fish such as cod. There are far fewer of them than there are of plankton, which are found in large quantities.

Nevertheless, the results show that there may be some competition for the benefits between us.

“The potential for marine mammals and humans to end up in direct competition with each other is greatest in the Greenland and Norwegian Sea areas. The reason for this is that the fisheries here harvest further down the food chain. Here, the most pelagic fish such as herring and blue whiting are fished. Competition is less likely in the Barents Sea,” says the head of research.

Eat more than before – probably due to conservation and climate change

They seem to eat more and in different areas than before.

“We think this is due to several things at once. First, we see that whale populations are improving, after being far down due to the historical whaling,” Skern-Mauritzen explains. “Secondly, the ecosystems in the north are changing rapidly.

“This means that there will be more whales, and they will spread over a larger area than before. They can go further north because the sea temperature rises. Thus, more seafood is eaten by marine mammals, and perhaps in areas where they have not been before.”

The changes in the consumption of marine mammals must be taken into account in the management of the relevant sea areas, the researchers believe.

“To ensure good fisheries management in these times, when ecosystems are changing so rapidly, one should take into account that the life pattern of marine mammals is also changing. They account for a not insignificant withdrawal,” says research manager Mette Skern-Mauritzen.

“We also see a need for more research where our figures are taken further in ecosystem models, in order to make a closer assessment of whether fishing affects marine mammals and vice versa. This study shows that then it may be wise to prioritize the area Greenland-Norwegian Sea-Norwegian Sea.” 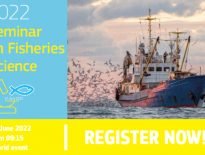