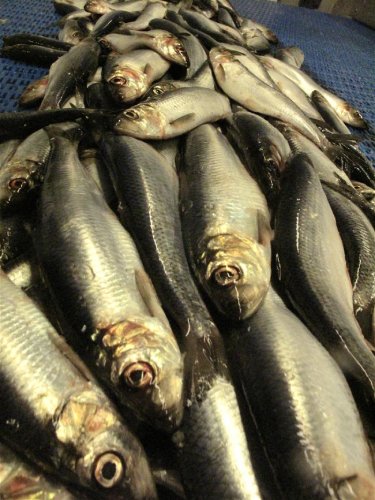 When the Norwegian Sea became warmer in the mid-2000s, the herring became both shorter and fatter, according to scientists at the Norwegian Institute of Marine Research (HI).

Now researchers have seen that the herring has changed its grazing season and supplies itself with a new, unknown food dish throughout the autumn.

From the mid-2000s, the Norwegian Sea became warmer. Then the amount of zooplankton, which is important prey for pelagic fish that graze in the area, also fell.

This led to a decline in Norwegian spring-spawning herring, mackerel and wild salmon, but while the salmon smolt and the mackerel got thinner at the same time as they got shorter, the herring got fatter.

“We discovered that the herring had a changed migration pattern after 2005. It returned to the wintering areas increasingly later in the year than before, while there were also reports of herring being caught further west in the sea by both Norwegian, Faroese and Icelandic fishermen,” says Slotte.

The researchers therefore teamed up with colleagues from Iceland and the Faroe Islands to obtain a larger data base to study the connection between the herring’s migrations in time and space and its growth and weight development throughout the year.

With the help of computer-based models, the researchers found that in the period after 2005 the herring grazed increasingly further south-westwards into areas between Arctic and Atlantic waters. It was the oldest, largest and fattest herring found in the farthest west, and much of it remained there until late autumn.

The figure shows changes in the distribution of the fishery for Norwegian spring-spawning herring in the 3rd–4th century. quarter in the period 1994–2019. Data is only based on Norwegian, Icelandic and Faroese landings, which amount to approx. 80% of total catch. It is also marked how much was fished in the given quarter as a percentage of the total throughout the year within each 5-year interval. Image: HI

The researchers saw that the herring actually increased their weight significantly throughout the autumn and achieved a stably higher condition in the period after than before 2005. The weight was at its maximum in September and October rather than in July and August as it was before 2005.

The very oldest herring over 10 years old reached maximum weight as late as November and December. The extra energy from grazing in the autumn was, among other things, channelled into reproduction, i.e. more roe and milk.

Slotte explains that Norwegian spring-spawning herring can tolerate much colder water than mackerel, and the salmon smolt also migrate north much further east in the Norwegian Sea, and that it is therefore not entirely surprising that the herring stands out slightly from the other two species in terms of grazing success.

“Herring has a traditional migration pattern that is adapted to the productive front areas where Arctic and Atlantic waters meet between Iceland and Jan Mayen and Iceland and the Faroe Islands. But the fact that large parts should remain there in the west so far into the autumn was surprising,” says Slotte.

The study also presents a possible explanation for why the herring became shorter at the same time as it became fatter.

“We have an idea that the individual growth of the herring, i.e. how much longer it can grow during the grazing season, is influenced by the fact that they start maturing and producing roe and milk as early as July–August. This is regulated by the length of the day,” says Slotte.

It is typical for herring that growth in the longitudinal direction stagnates in July–August together with energy being used for maturation, and it is therefore affected by the amount of zooplankton available up to this time. At the same time, what the herring finds of food further into the autumn will help to make the herring fatter, which is an advantage when the herring starts hibernation and prepares for the spawning season.

The fatter the herring, the more they can invest in roe and milk which can be decisive for how many offspring they are able to produce.

“In a way, we can say that the food at the May 17 and St. Hans parties determines whether they will last, while the October party can contribute to the little extra of energy needed through maturation processes and migrations to the next spawning,” Slotte says at the same time as he emphasises that the herring also competes a little with itself.

“When there is a large population, it normally also grows more slowly. But the interesting thing here is that when the herring population increased from 2002 to peak level around 2009, each individual herring became fatter at the same time, so there must have been enough food for everyone at that Oktoberfest.

Although the researchers can document that the herring have extended their grazing season and are fattening up after the summer, there is currently no good data on what they actually have on their dinner plate.

“The herring is obviously a clear indicator that there is food in the sea for pelagic fish also in autumn, especially after the changes we have seen in the ecosystem from the mid-2000s. But we are unsure what they actually eat.”

Some recent studies indicate that in a warmer ocean, zooplankton, such as the important redfish, can actually manage to produce two generations instead of the normal one. This means that the herring can possibly benefit from a second generation that arrives in the autumn.

“If we are to understand the mechanisms completely, then we probably have to analyse what the herring actually eat throughout the autumn, not just in the spring and summer as we do now,” concludes Slotte, who sees the need for more research on this topic in an ocean that is affected by a climate change. 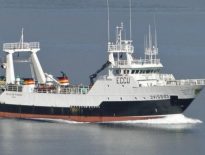 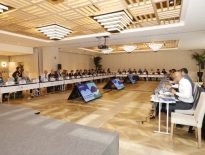