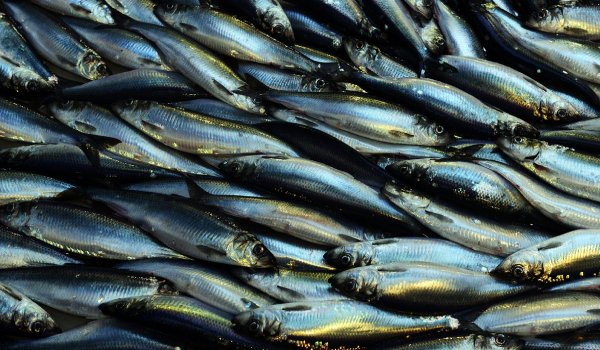 The Norwegian pelagic fleet recorded another good week on NVG herring in northern waters but on the other hand, vessels targeting mackerel are showing poor returns for their effort.

NVG herring:
We had another good week on NVG herring with a total of 34,200 tonnes. This despite the fact that since Friday there has been a storm in the north which has hampered fishing at the weekend. The best enrollment days were Tuesday and Thursday, with around 11,000 tonnes for the journal.
The purse-seine group has contributed the most with 25,300 tonnes and the coast has fished 7,000 tonnes. And from two foreign countries (Iceland and Russia) we have 1,900 tonnes.

Fishing in the north has taken place in the area from N 71⁰ Ø 16⁰, which is around 100.n miles north of Andenes, and further north to N 72⁰. The fishermen report periodically good herring where several good casts are made in the dawn when the herring comes up from the depths.

It is fine herring to fish with average sizes from 250 grams at the lowest to 313 grams at the highest. The average for the entire quantity is 294 grams.

From the buyers, there are reports of better and better quality, now that the fat is starting to settle in the fish meat. And several plants are now producing skinless herring fillets.

When the weather calms down, we expect good participation in herring fishing in the coming days. A look at the remaining quota now, without taking flex into account, shows that there are just under 210,000 tonnes left. With two months until Christmas, it should be fine to fish the quota, unless the weather gods turn completely wrong.

Mackerel:
We had another miserable mackerel week with only 3,300 tonnes registered. Of this, a foreign boat contributed 750 tonnes. Compared to the same week last year where we had 11,200 tonnes for Norwegian vessels, the fishing is considerably slacker. For the large boats that have hunted mackerel both outside Møre and in the North Sea, the biggest increase has been in driving. This is illustrated by the fact that the largest catch is 170 tonnes.

On the coast, mackerel is still good and the smallest seine boats have fished well in the municipalities of Bømlo, Austevoll and Øygarden. For the Norwegians, they have had good catches at Ognabukta and Lista. They report good mackerel here, but it is close to the bottom, and it is difficult to get them to bite.

The Shetland boat “Serene”, which went to Norway, fished its catch south-east of Shetland. Here we observe that more and more boats are fishing for mackerel in known mackerel fields. We expect that more foreign boats will come to Norway in the coming weeks.

North Sea herring:
Since the mackerel has been poor, several boats have shifted their focus to North Sea herring. A total of 3,700 tonnes have been caught. This is fairly evenly distributed between the Norwegian zone, 1,800 tonnes, and the British zone, with 1,900 tonnes.
In the Norwegian zone, fishing has mainly taken place on the Viking Bank, where the herring is large with average weights from 220 gram to 260 gram.

In the British zone, the main quantity is taken around 60 n.miles east of Peterhead. The herring here is smaller with an average weight of around 190 grams.

There are now only 2,600 tonnes left of this year’s quota of 130,000 tonnes. In addition, the boats have the opportunity to flex into next year’s quota.

Fishing for flour/oil:
Several boats have tried their hand at “Kanten” last week. The fishing has been so-so, where eight different boats have fished 1,200 tonnes of cod, 400 tonnes of pollock, 220 tonnes of stream herring, 130 tonnes of horse mackerel as well as some herring and mackerel. 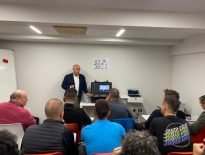 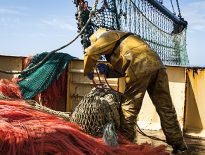