Norwegian boats land over 48,000 tonnes of blue whiting into Killybegs 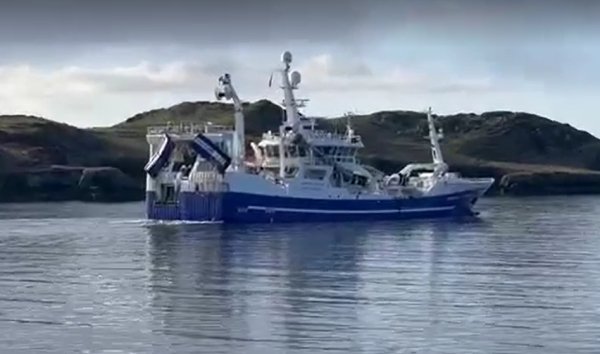 The Norwegian pelagic fleet have landed over 48,000 tonnes of blue whiting into Killybegs and over 15,000 tonnes into Skagen in Denmark. Photo: Alan Hennigan

According to Norwegian media outlet Kyst, of the 145,000 tonnes of blue whiting registered so far this year, as much as 64,000 tonnes have been landed into foreign processors, with as much as 48,000 tonnes delivered to Killybegs and 15,000 tonnes landed in Denmark.

If Danish fishmeal factories are competitive in price, some industrial trawlers can deliver catches that contain blue whiting.

So far this year, only “Gollenes” has reported an industrial catch of 725 tonnes. Of the catch, which was reported on 13 April, blue whiting accounted for 400 tonnes. The buyer was Karmsund Protein. This catch was taken in the northern part of the North Sea, west of Florø and put up for sale in the area Egersund to Måløy. Sailing to Skagen or Thyborøn would cost a lot more in terms of both time and bunkers.

After new fishmeal factories have been built in both Egersund and Karmsund, fewer Norwegian industrial trawlers have delivered catches in Denmark.

“Libas” on its way to Pelagia in Egersund with 1550 tonnes, while “Gunnar Langva” will deliver 690 tonnes to TripleNine fishmeal factory in Vedde, and “Østerbris” and “Vendla” are on their way to Karmsund Protein with 420 and 2000 tonnes respectively.

Out of the 48,161 tonnes of blue whiting delivered by Norwegian boats to Irish fish processors, 12,490 tonnes went for processing as fish meal. The other 35,671 tonnes were processed for human consumption.

“Ligrunn” on the way to the fishing field, which is now north of Ireland, but southwest of the Hebrides, while according to Marinetraffic.com, “Vestviking”, “Havskjer” and “Norderveg” are fishing northwest of Ireland.

“Libas”, which is now a charter vessel for the newly built “Ligrunn”, delivered 1,411 tonnes to Irish Arctic Fish (Processing) for consumption on 10 April. This means that “Libas” in six days has, reported a catch, gone ashore to unload, unloaded, gone out on the field and trawled a fresh 1,400 tonnes. Delivering to an Irish consumer reception has probably given the vessel €300,000 to €400,000 more for the catch, as well as a large saving in fuel consumption. Less fuel consumption also has an environmental benefit in the form of reduced greenhouse gas emissions, says Kyst.

Norwegian boats land over 48,000 tonnes of blue whiting into Killybegs 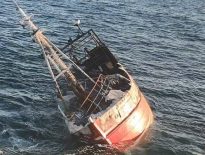 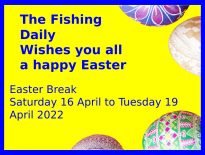