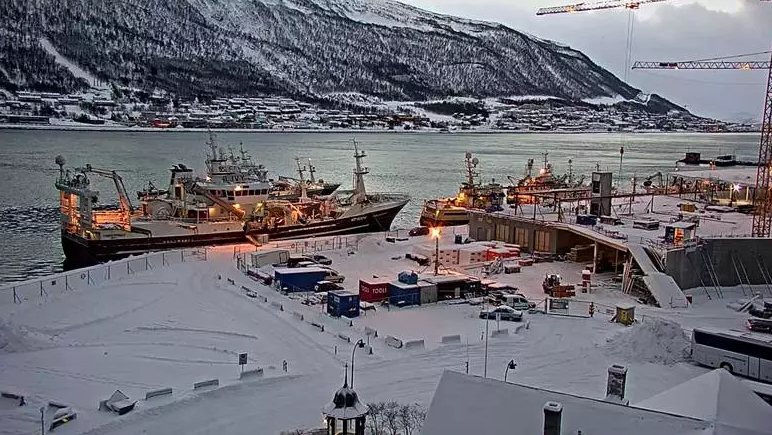 Ukrainian refugees are asking Norway to stop Russian trawlers from landing fish into Norwegian ports, but the government will not intervene according to a news report from E24.

Norway has allowed over €96m/£83m worth of cod to be landed from Russian fishing boats since the Russian invasion of Ukraine begun on 24 February this year, according to the Norwegian Raw Fish Association.

“This finances Russia’s war against Ukraine. We understand it is difficult, but Norway should stop Russian deliveries of fish,” says Albina Mahomedova who heads the Ukrainian association in Tromsø and has in recent months worked as an interpreter at the refugee service in Tromsø to help the 150 Ukrainian refugees in the city.

Many of them are upset that Tromsø receives more Russian trawlers every week. Since the war began, more than 50 Russian trawlers have delivered fish worth NOK 400 million (approx. €38.5m/£33.2m) into Tromsø. This makes Tromsø the most important single port for Russian fishing boats.

“We do not understand what Norway is waiting for. Norway should prioritize people’s lives over “business as usual” with Russia,” says Mahomedova.

Minister of Fisheries Bjørnar Skjæran was in Tromsø this week, and again rejected that Norway can refuse Russian fishing boats to deliver fish in Norway.

“Norway strongly condemns Russia’s military attack on Ukraine, but Norway’s neighbourhood with Russia requires some contact and dialogue in this situation as well,” he adds.

The EU and Norway have introduced sanctions against Russian ships being allowed to call at ports, but Russian fishing boats are exempt from these sanctions.

Norway has an agreement with Russia on joint management of joint cod stock in the Barents Sea, which the government claims it is trying to protect. The cod in the Barents Sea is the world’s last viable cod stock, and the most important source of income for most fishermen along the Norwegian coast.

“We share the Barents Sea with Russia, whether we want to or not. It is therefore about the management of our fish stocks, which is the lifeblood of the coast. Without cooperation on management, research and control, there is a risk that a stock will be fished down,” says Skjæran.

Norwegian sanctions against Russian fishing boats could jeopardise joint Norwegian-Russian management and control of cod, according to the Minister of Fisheries.

“Norway imports about 10 percent of the fish Russian trawlers deliver in Norway, the rest goes in transit and directly abroad. So that we keep the ports open for fishing vessels is not about finances, but about sustainable management of the fish stocks,” says Skjæran.

“Much of the fish from Russian trawlers is in transit and will be passed on to other countries. There will be assessments these countries must make,” he adds.

This makes the value of Russian fish landings actually higher than what is registered in Norway.

When the fish is delivered at the quay, the value is set at the official minimum price for fish to be sold at least in Norway. The real market value of Russian shipping companies to buyers in Europe and China is far higher, says E24.

This isn’t concerning the Norwegian Fisheries Minister though. He says:

“When we have chosen to have open ports for Russian fishing vessels, it is because we see it as a way to protect the fisheries cooperation. By closing the ports, we can put this important cooperation that has lasted for over fifty years at stake. And we do not want that.” 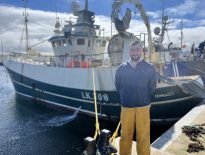 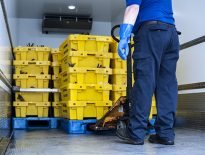