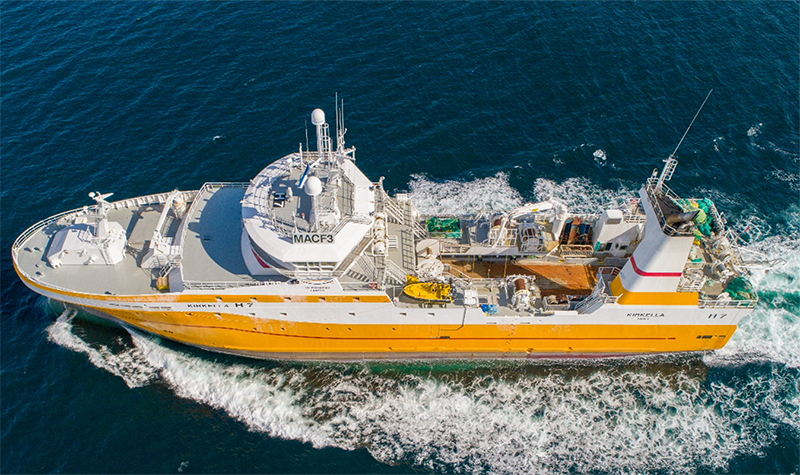 UK Fisheries Ltd, owners of the distant-waters trawler Kirkella believes a deal with Norway should be taken now

A great deal with Norway is on the table – the UK must grab it with both hands, writes UK Fisheries Ltd on their website today on the back of the announcement of yesterday’s fisheries deal between the EU, Norway and the UK.

In the companies view, they believe that the deal in the offing would be of great benefit to the distant-waters fleet with mainly operates in the Arctic Ocean and in Norwegian waters. They say:

“As Kirkella, the pride of the UK’s distant-waters fleet, begins her homeward voyage from the icy waters off Svalbard, Britain’s fisheries negotiators have been handed a once-in-a-generation opportunity to land a deal that could finally save our industry and hundreds of jobs within it.

On Tuesday, news came in that after weeks of wrangling over the future fisheries relationship between the EU and Norway, the two had struck a deal that, among many other provisions, gives the EU a quota of 10,000 tonnes of Arctic cod in the Norwegian Economic Zone this year.

What this means for the UK’s hard-pressed distant-waters fleet is that a precious window of opportunity has opened up for Defra to strike a deal with Norway that will guarantee jobs and much-needed investment in the north-east for decades to come.

While nothing associated with fisheries is ever really simple, what the new EU-Norway deal means is that Norway now has, according to our estimates, about 25,000 tonnes of Arctic cod that it could make available to the UK fleet.

We know this because Norway and the EU have a pre-existing agreement that obliged Norway to offer the EU and UK 35,000 tonnes of Arctic cod this year. As it turns out, the EU is only prepared to pay for 10,000 tonnes, and so the rest is up for grabs.

And as UK-Norwegian talks on fisheries reach their deciding phase, it is vitally important that our negotiators keep their eyes on this prize in any settlement. We know the Norwegians are ready to do a deal: they badly need access to our waters and markets to preserve their own fishing industry.

It’s now or never. We have been campaigning for years to save the distant-waters fishing industry in the north-east – not just for the sake of our own business and our crews, but for the future of an industry whose roots and history run deep in the Humber region. What’s changed now is that we know exactly what the UK can achieve with resolve and ambition in its talks with Norway, a pragmatic nation that is prepared to give us a fair deal in order to get what it wants.

When she arrives back in Hull at the end of the month, Kirkella’s freezers will be full of delicious Arctic cod that will be served as part of our national dish in chippies up and down the country.

But unless and until we get this deal with Norway, we have literally no idea when Kirkella’s next trip will be. As a British company we cannot fish without a licence issued by the UK’s Single Issuing Authority, which itself is dependent on quotas negotiated by Defra. While we were grateful to be issued with a licence for our current Svalbard trip, this represents just a small fraction of what we need to run a viable business in 2021 and beyond. We can’t plan for anything beyond March, and neither can our crews or their families.

Take a look at our distant-waters fishing scorecard. It tells two stories: one is the sad tale of the government’s failure thus far to deliver access deals that are at least as good as we enjoyed prior to Brexit and its fabled ‘Sea of Opportunity’.

But there is a more optimistic narrative, one from which the government’s battered reputation on fisheries could greatly benefit. For every below-par mark on the scorecard, there is a ‘B’ or an ‘A’ within reach. The Norwegians, for example, are heavily dependent on access to British waters and British markets. There is a smart deal waiting to be struck and we can now see the prize.

Having directly linked trade and access in its Trade and Cooperation Agreement with the EU, there is no possible reason for HMG not to use its full bargaining power with Norway, freed of the redundant dogma that trade talks and access talks are somehow separate processes.

And importantly, in landing a Norwegian deal our negotiators would set a precedent for deals with our other North Sea partners such as the Faroes and Greenland (and, why not, Iceland). Not only that, they would show their faith in the potential for all of the British industry to survive, invest and grow.” 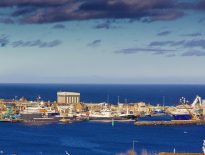 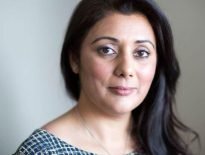