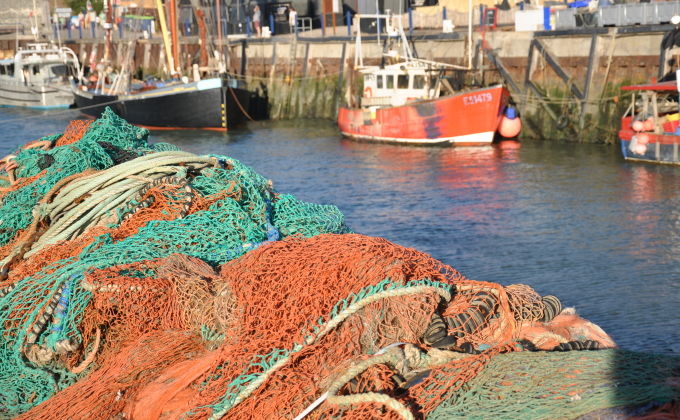 The NFFO has called on the UK Government to stand firm in negotiations with the European Union as future relations talks reach the endgame.

The NFFO says that the UK Government cannot accept a deal that would damage the sovereign rights of British fishermen as an independent sovereign state and the EU has to respect this position.

In their article the NFFO says:

The ninth round of negotiations with the EU has now concluded. It was followed by a weekend call between the Prime Minister and EU Commission President, Ursula von der Lyon, to take stock before the next and possibly final stage.

Following weeks of talks, the two parties must now fully understand each other’s points of view. This will include very different perspectives on a way forward on fishing. We understand that many of the potential obstacles to a partnership agreement have been settled, leaving only the most obstinate gaps to be dealt with. This will require intervention at the highest political level. The talks are moving towards the endgame. As expected, fishing is one of the last outstanding issues.

On fishing, both sides accept that there is a very wide gap. This boils down to the fact that at the end of the transition period the UK will hold the rights and responsibilities of an independent coastal state under international law. The EU has yet to accept the implications of this change in legal status.

The contrast between the UK and the EU positions in the negotiations has now been put in the spotlight by the first fisheries agreement signed by the UK as an independent coastal state. The UK/Norway agreement provides a framework for cooperation in the sustainable management of shared stocks. The terms are broadly in line with how coastal states usually behave towards each other and are in fact remarkably similar to the EU’s own existing fisheries agreement with Norway. This underlines how far what the EU now seeks from the UK departs from the international precedents. That norm is that annual fisheries agreements are used to:

The UK has been clear from the outset that:

The UK has also been clear that there is a deal to be had on fisheries. The EU fleets fish six times as much in UK waters, as the UK fleet fishes in EU waters. Nevertheless, a deal that would grant a level of access to fish in UK waters, outside the 12mile limit, is on offer. The UK could grant (in the context of annual negotiations) sufficient access for the EU fleets to catch their (reduced) quotas in UK waters. The real sticking point is the scale of the adjustment to quota shares that is required to reflect the UK’s new status as a coastal state. For some stocks only a small adjustment, or no adjustment, would be required. But for some the gap is very significant. An example would be Celtic Sea haddock, where the UK current share is 10% and the French share is 66%. Much of the haddock is caught in UK waters. A fairer UK share would be around 50%.

So far, the EU has stuck very close to its negotiating mandate: it seeks the status quo on both automatic access and retention of its current shares. Lacking any real leverage in fishing terms, the EU has made an artificial linkage with a wider trade deal. The threat being made is that the EU will withhold a trade deal, unless it gets its way on fisheries. It is clear, however, that without a trade deal it would not only be the UK that would suffer. Businesses across many of the EU member states would also find trading conditions considerably more difficult. As only five member states benefit significantly from fishing in UK waters, it is possible to foresee that as the endgame approaches, withholding a trade deal to maintain an untenable position on fisheries will cause stresses within the EU camp.

There are absolutely no signs that the UK Government is about to give ground on fisheries. At the highest levels within government, across Parliament and the country at large, there is an understanding that the UK fishing industry was sacrificed in the 1970s and was forced into disadvantageous terms for 40 years. Failure to use this opportunity to break out of that asymmetric and exploitative relationship would not be acceptable. The political backlash would be enormous. In many respects fishing has become a litmus test for Brexit.

It has been reported that in a spirit of compromise, the UK has proposed a three-year adjustment period, to allow time for EU member states to adapt to their new quota shares. An extended adjustment period would not be acceptable to the UK fishing industry which has already been disadvantaged for over 40 years. The UK must emerge from these talks with absolute clarity that the UK has secured its rightful quota shares.

The current combination of legal changes and political alignments suggest that if there is to be a partnership agreement, the EU will have to back down on fisheries. The UK’s agreement with Norway indicates how far out on a limb the EU is by trying to hang on to a legally and morally indefensible position, simply because it is economically advantageous for five member states. France, a major beneficiary of the current arrangements, and for that reason the most vigorous in the defence of the status quo, despite its rhetoric, seems increasingly isolated on the fishing issue.

Whilst working in good faith towards a partnership agreement with the EU, as a safeguard, the UK is also scenario planning for the autumn negotiations as an independent coastal state without a framework fisheries agreement with the EU. In the event of no UK/EU fisheries agreement by the end of the year, there would be no automatic access to fish in each other’s waters from 1st January. Given the dependence of the EU fleets on access to UK waters, this puts additional pressure on the EU to reach an accommodation on fisheries. The outcomes in an annual agreement, without a framework agreement would be much more uncertain and unstable. 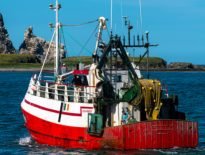 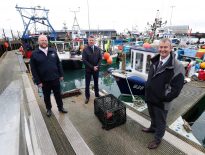