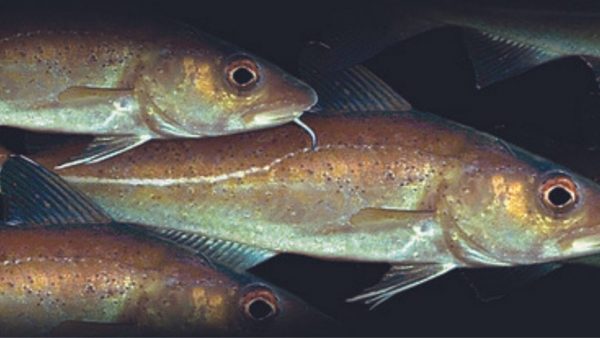 “The NFFO won’t be taking any lessons in cod recovery from Blue Marine, whose superficial solutions of slashing quotas were recognised as worthless, and indeed counterproductive, decades ago.”

This is the latest volley from the National Federation of Fishermen’s Organisations (NFFO) who have accused the Blue Marine Foundation of exaggerating facts on the health of cod and other fish stocks, to justify their own existence.

In an article today on their website, the NFFO attacked the Blue Marine Foundation calling it ignorant of important developments. They said:

“An important feature of the original Cod Symposium, organised by the regional advisory councils in Edinburgh in 2007, was the recognition that in the context of mixed fisheries a more intelligent approach was required, centred on realistic TACs and cod avoidance. The symposium, which brought together fishermen, fisheries scientists and fisheries managers was an attempt to understand what worked and what didn’t. It also brought to the fore the need to understand cod within its ecosystem context.

The work of the original symposium was recently refreshed and updated by the ICES coordinated meeting, also held in Edinburgh at the request of the international fishing industry group, the Northern Demersal Alliance. All this seems to pass Blue Marine by, as it parrots biomass statistics that ignore ecosystem changes, including the gadoid outburst in the 1970s and the important drivers identified by the ICES working group WKIrish, in its rush to put the blame on fishing. It is tempting to think that Blue Marine are entirely ignorant of the facts. The NGO also seems to think that the EU Cod recovery plan only covered the North Sea, when it embraced the West of Scotland and Irish Sea too, rendering their comments on this worthless.

But this is about more than ignorance. Our original article on Blue Marine’s recent misinformation campaign on cod made clear our view that the NGO’s underlying motivations are more to do with attracting funding in a competitive marketplace than tackling the real challenges of fisheries management within the context of mixed fisheries and environmental change.

For more than 30 years, the NFFO has been centrally involved in building partnership approaches with fisheries scientists, pioneering innovative and intelligent approaches to cod avoidance and selectivity, and balancing the difficult trade-offs required in achieving sustainable harvesting within the context of mixed fisheries and a changing ecosystem.

Quite how cod is to be “nursed back to profusion” against a background of changing distribution patterns, environmental regime shift and a northward shift in cod populations (probably related to changing water temperatures) is, typically, not addressed. The reason that the real challenges facing cod within mixed fisheries are not tackled by Blue Marine is straightforward. Blue Marine is not a serious voice in fisheries management. It is a self-promoting enterprise, whose business model is centred on repeating variants on a catastrophe narrative that in turn can be monetised.

A tabloid newspaper could be proud of the selective, blinkered, bigoted, self-serving and entirely unhelpful narrative promoted by Blue Marine. To deliberately ignore the big picture trends in fishing mortality and biomass, documented clearly by ICES, which witness the vast improvements in sustainable harvesting of the stocks in our waters, is shockingly dishonest.

There are unsustainable fisheries to be found in the world. The fisheries in the Northeast Atlantic are not amongst them and haven’t been for decades.

Accepting that there will always be statistical outliers and annual natural fluctuations, the biomass trends for all of the major species groups in the Northeast Atlantic have been upwards for 23 years. This followed a range of management interventions, the most significant of which was fleet decommissioning. These trends since the turn of the century are just ignored by Blue Marine because they don’t fit with its fatuous catastrophe narrative.

It is not difficult to understand why Blue Marine takes the positions that it does – it’s the money. But it is vitally important that they are not taken to be serious, or disinterested, actors.”

“The history of cod management in the UK is, unfortunately, one of mismanagement that has favoured short-term maximisation of profit over long-term sustainability. This is why four of the five cod stocks are below the minimum biological reference point set by ICES, meaning they are at risk of collapse.  To blame the state of Britain’s cod populations exclusively on climate change when too many fish are being caught is not a credible argument – if this were the case then we would not be seeing the beginnings of a recovery in the North Sea stock.

In the North Sea, ICES scientific advice has been taken this year after a period of welcome restraint and reduction in fishing capacity. However, there remain concerns that levels of discarding are not being factored into the catch limits.  Meanwhile, ICES scientific advice has been ignored in the Celtic Sea, the Irish Sea and the west of Scotland. That is not good fisheries management.

We did not expect the government to instantly follow the ICES advice for those stocks where the catch limit is zero but we would like to have seen a responsible plan and reductions in these catch limits so that these stocks could slowly start to recover.

Let us remember, it was the government’s own scientific body Cefas (not an NGO) which showed that last year 65% of catch limits were set above scientific levels.  We are still waiting on their assessment for this year, but it looks like it is still significantly over half. This is what Blue Marine sought to highlight with our Parliamentary petition and our cod campaign. This situation is not sustainable and is an indictment of our post-Brexit Fisheries Act, which failed to set the conservation of fish stocks as its principal objective – as does the much better fisheries legislation in the United States where many fish populations have been nursed back to recovery as a result.

Our waters will not be healthy until more rigour and ingenuity is applied to fisheries management.  It should be in the interests of the fishing industry to improve that management – indeed in the run up to our new Fisheries Act the leaders of the fishing industry supported the taking of scientific advice as the only basis of sound management.  Now the Act is evidently failing, all they seem interested in doing is shooting the messenger.” 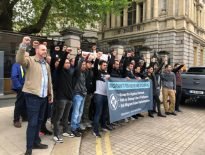 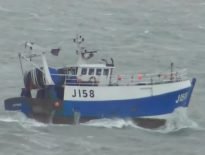