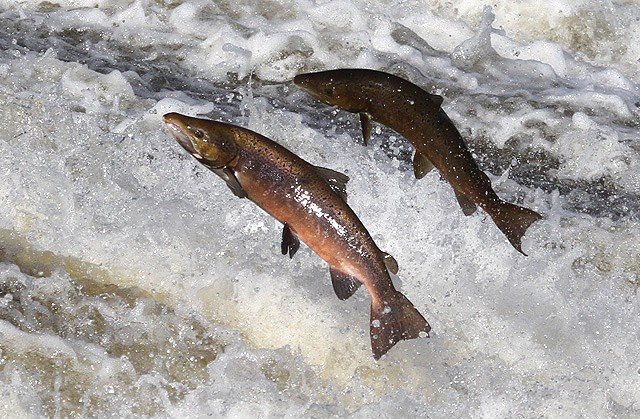 A new study published in the NATURE Journal this month, Scientific Reports, reveals the marine migration route of Atlantic salmon in the North Atlantic, including Irish salmon.

The study, led by the Arctic University of Norway, involved a cooperative research study by ten Universities and Institutions across Europe, including Inland Fisheries Ireland. The study involved tagging 204 salmon kelts with satellite tags from seven European countries and the east coast of North America, including salmon from the Barrow, Nore, Suir and Blackwater Rivers in Ireland, and tracked them during their oceanic migration.

Salmon travelled to oceanic fronts, but with specific patterns. Norwegian and Danish salmon rapidly migrate north and north-west toward the North Atlantic Ocean between Iceland and Svalbard. In contrast, Irish salmon migrated primarily westward towards South and East Greenland. Despite the variation in migration patterns among populations, most individual salmon migrated to polar ocean frontal areas.

One of the authors of the study, Dr Paddy Gargan of Inland Fisheries Ireland, said: “As we know, water temperatures have increased in the north Atlantic over the last few decades. This new research is suggesting that this type of climate change may have greater impact on salmon populations originating further south, like Ireland. This is because distances and time required to travel to feeding areas will increase if the boundary between Atlantic and Arctic waters move northward because of ocean warming.”

The study found that salmon released further south tended to cover longer migration distances, with a straight-line distance tracked as far as 2,400 km for one salmon tagged from River Suir in Ireland. Tagged salmon spent 80% of their time foraging at the surface and performed occasional dives of up to 870m. 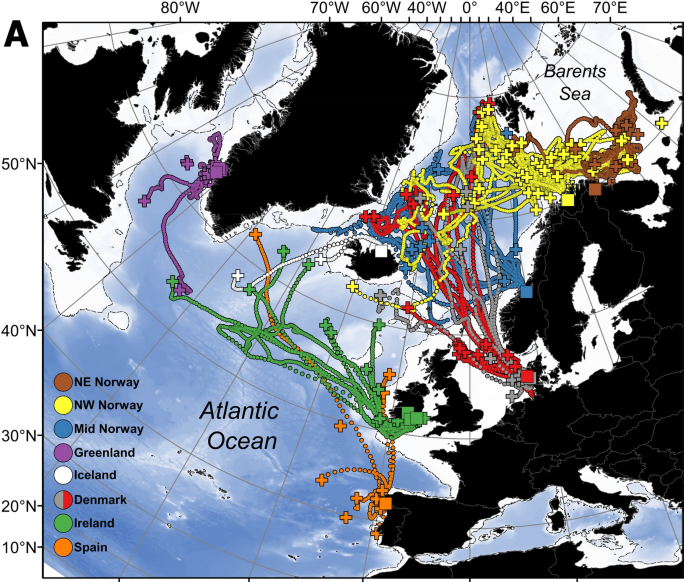 Overall, populations closest in proximity tended to converge in their oceanic feeding area, but taken together the salmon populations exploit a very large part of the ocean. Given that Atlantic salmon from different geographic locations feed in distinct areas at sea, they experience different temperature regimes. For example, Irish salmon experienced much warmer temperatures, ranging from 5 to 16°C, than Norwegian and Danish salmon which experienced temperatures ranging from 0 to 11°C. These differences not only contribute to variation in growth and survival across populations, but also are likely to affect Atlantic salmon populations differently with changing climate.

Southernmost populations, like those of Ireland, are more at risk than northernmost populations as migration distances are likely to become longer, or more variable, thereby decreasing feeding time, with important consequences for the marine survival and productivity of different populations.

Taken together, these findings suggest that a common marine factor responsible for the decline in Atlantic salmon is unlikely. Importantly, this means conservation efforts should be focused locally, such as during the freshwater phase.

Dr Cathal Gallagher is the Head of Research with Inland Fisheries Ireland and he explains why the state agency was keen to support the study, saying: “Although the Atlantic salmon is one of the world’s most studied fish, detailed knowledge of its migration route at sea has been limited until now. This important large-scale study highlights the vulnerability of salmon populations to climate change and emphasises the need for continued conservation, to protect Atlantic salmon and its habitats.” 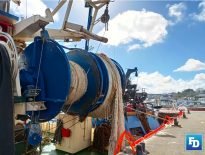 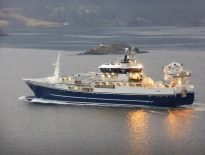