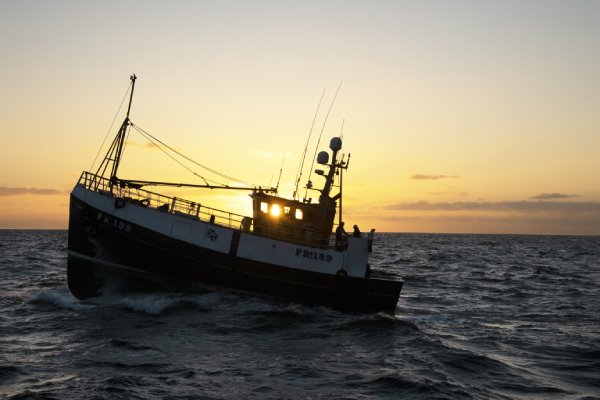 On The Hook has claimed that a consultation they held reveals major concerns about the performance of Marine Stewardship Council (MSC) ecolabel, a claim the MSC says does not fully represent stakeholders’ views.

On The Hook claims that:

In a press release today, On the Hook say that results of an online consultation run by the On The Hook campaign provide evidence of the scale of stakeholder concerns about the Marine Stewardship Council’s (MSC) ecolabelling scheme.

The campaign group’s survey was open from April to July 2022 and received 69 responses from NGO, government, academic, industry, retail and consumer stakeholders across 14 countries.

32% of respondents agreed there were specific examples where MSC certification had rewarded sustainable fisheries or incentivised improvements. However, 75% thought there were specific instances in which a fishery was certified which should not have been – generally due to unsustainable fishing gear types, practices or activities. Furthermore, 40% of respondents felt that the MSC had lowered its standards for certification as it has grown in size.

In terms of how MSC is addressing concerns, On the Hook claim, 49% of respondents felt that the MSC’s reviews of its standards and other requirements were not responsive nor frequent enough to keep pace with emerging threats and evolving best practice.

Many felt that the MSC progress on addressing certain issues was unsatisfactory including on:

The consultation, which was open to all input and widely publicised, claims the eNGO, marked the first stage of On The Hook’s external review of MSC. The organisation say they launched the review earlier this year, following MSC’s repeated refusal to initiate its own independent review process, stating that “MSC has a vital role to play in global ocean governance, but that it is currently failing to deliver on its vision of an ‘ocean teeming with life’”.

Following the conclusion of this consultation, On The Hook will run a series of roundtable sessions in which groups of stakeholders will discuss key issues identified, as well as possible solutions.

The eNGO says, “On The Hook’s external review will then culminate in an objective report collating feedback generated through both the initial consultation exercise and subsequent roundtable sessions. This will make both immediate and longer-term recommendations for MSC to implement.”

Callum Roberts, Professor of Marine Conservation and On The Hook member said: “In order to maintain credibility, and to serve its purpose in tackling an urgent and escalating crisis, the MSC needs to undertake fundamental root-and-branch reform now, not simply make tweaks to its Standard. The MSC program needs to be updated for the 21st century and provide a roadmap to reach a reliable, transparent, and holistic guarantee of sustainability. We urge MSC to take note of the concerns demonstrated by this consultation and our following roundtables, and to heed the findings of our upcoming report.”

Charles Redfern, founder of Fish4Ever and On The Hook member said: “The MSC is very close to the point where it is undermining its own avowed aim to promote sustainable fisheries. It’s lost the room amongst the experts, NGOs and scientists in fishing and is increasingly seen amongst the most ethically minded retailers and public as a greenwashing screen for large businesses.”

Responding to today’s press release from On The Hook, the Marine Stewardship replied:

“The Marine Stewardship Council has recently involved more than 1,000 stakeholders in a comprehensive review that has led to a new version of our Fisheries Standard, due to be launched next month.

“On The Hook say it has had responses from 69 people across 14 countries for its survey; we do not believe these findings are representative of the full range of stakeholder views. By comparison, an international survey of more than 1,000 of MSC’s stakeholders, conducted in late 2021, found that 79% of stakeholders were likely to speak favourably of the MSC.

“Far from being an organisation which is not subject to independent scrutiny, the MSC is regularly assessed against international standards for seafood sustainability and independent ecolabels, and is in line with United Nations requirements.

“Nor is it correct to say that our standard has just been ‘tweaked’ following the review. There have been significant improvements in the new Fisheries Standard and On the Hook and its members have provided extensive input to this process.

“Key improvements include a more precautionary approach to endangered, threatened or protected species and a Fins Naturally Attached policy to be mandatory in all fisheries, strengthening the existing ban on shark-finning.

“The reality of working in a multi-stakeholder environment, is that not everyone will agree with all aspects of MSC’s programme. However, we are confident that, following this extensive, careful and comprehensive review, MSC certified fisheries will continue to be recognised as leaders in global seafood sustainability.”