MSC defends ecolabelling programme against On The Hook attack 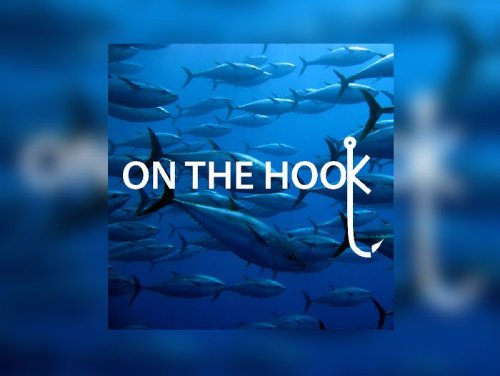 The MSC has again defended its seafood ecolabelling programme from an attack by eNGO, On The Hook

On The Hook has once again attacked the Marine Stewardship Council (MSC) over the standard for its ecolabelling certification programme for fisheries.

New research commissioned by the On The Hook campaign ahead of the publication of the Marine Stewardship Council’s new Fisheries Standard has uncovered consumer expectations around ecolabel certifications.

Over 2000 British adults, 40% of whom indicated that they purchase ecolabelled seafood products, were asked a series of questions relating to their expectations of such products.

The research revealed that:

For respondents who stated that they purchased ecolabelled seafood products, either exclusively or sometimes, the research revealed that expectations related to those ecolabels were significantly higher.

Of those respondents who indicated that they did purchase ecolabelled seafood products (40% of the total sample set):

These findings follow warnings from campaign groups including On The Hook which has highlighted that the reality of ecolabels can differ significantly from consumer expectations with certified fisheries including the use of bottom-towed fishing gear such as trawls (even supertrawlers) and dredges, high levels of bycatch (including of vulnerable or threatened species), and in some cases even shark finning. Recent research found that between 2009-17 industrial, high-impact fisheries represented 83% of MSC-certified catches.

On The Hook has also expressed concerns that the MSC’s ecolabel uses a definition of sustainability which rests primarily on stock status, and which does not incorporate the human or climate impacts of fisheries.

This research sought to understand whether consumers interpret sustainability ecolabels as providing any guarantee on the human impact of certified fisheries, with results indicating that a significant proportion did:

These results indicate that there is growing awareness of the human component of sustainability, with consequent expectations for products labelled as ‘sustainable’.

Again, figures were higher amongst ecolabel purchasers. Of those respondents who indicated that they did purchase ecolabelled seafood:

Finally, the research asked respondents, when purchasing an ecolabelled seafood product, who they believed had responsibility for guaranteeing the sustainability of that product. Results showed that:

The polling follows the release of the initial findings from On The Hook’s consultation, which looked specifically at the Marine Stewardship Council, a leading seafood certification body, which is responsible for around 14% of marine catch certified globally. The consultation launched amidst stakeholder concerns that the Marine Stewardship Council was failing to deliver its goal of ‘oceans teeming with life’. The consultation marked the first stage of On The Hook’s external review. The consultation’s initial findings revealed major stakeholder concerns over the label, with 77% of respondents stating that they felt the MSC’s use of the term ‘sustainable’ was not appropriate.

An On The Hook spokesperson said:

“These public polling results further reinforce our view that there is a fundamental mismatch between what consumers expect from an ecolabelled product, and the reality of certified fisheries. Ecolabel heavyweights such as the Marine Stewardship Council should take stock of these results and re-evaluate whether they are delivering what seafood consumers need from them. With growing awareness of both the environmental damage and human rights abuses perpetrated by components of the fishing industry, consumers must be able to expect that a premium product carrying a sustainability guarantee means something.

We would also urge fisheries and retailers, as well as MSC, to take note of the finding that a significant number of consumers attribute responsibility for product standards to those players. MSC is facing a public credibility crisis as it has dropped the bar for certification too low. If this is not addressed by the new Fisheries Standard, all those associated with the label risk reputational damage – it is therefore in the interest of the whole of the industry and conservationists alike to push MSC to raise the bar and deliver what is needed of it.” 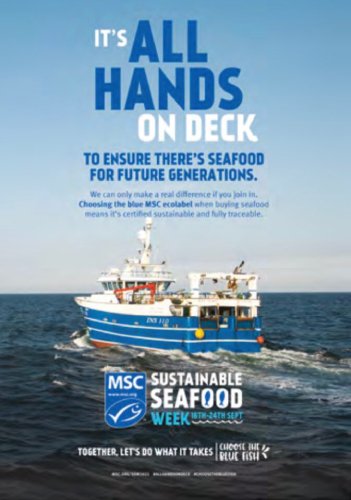 Responding to the On The Hook accusation the MSC replied:

“If anything, we are going further with launch of the latest version of our Fisheries Standard later this month.  This will entail – for example – greater protections for, endangered, threatened and protected species.  These improvements have been arrived at by a careful and thorough review involving hundreds of stakeholders around the world.

“We are disappointed that On the Hook do not give credit for the improvements made but they clearly have their own agenda for change at the MSC.  The reality of working in a multi-stakeholder environment, is that not everyone will agree with all aspects of the MSC programme.”

MSC defends ecolabelling programme against On The Hook attack 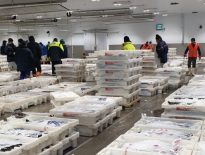 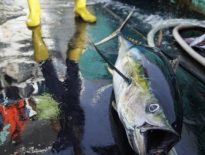