A Japanese longline fishery is set to become the first bluefin tuna fishery to achieve certification to the Marine Stewardship Council’s global standard for sustainable fishing.

This follows the latest stage in the two-year assessment process, in which an Independent legal expert, Eldon Greenberg, decided a concern raised by WWF about bluefin tuna maturity rates had been dealt with by an updated action plan.

The findings pave the way for the fishery – Usufuku Honten – to receive certification pending minor amendments to the final report.  This is a significant moment in the turnaround of the Eastern Atlantic bluefin which has been the subject of concerted conservation efforts for the past 20 years.

The independent assessment was carried out by Control Union UK and the two-year process has been informed by active engagement and valuable contributions from WWF International and The Pew Charitable Trusts, as well as Usufuku Honten’s management. This included a six-month formal process resolving concerns raised by WWF and The Pew Charitable Trusts.

“This certification reflects the positive, concerted action taken over many years, to support the recovery of bluefin in the Eastern Atlantic and we hope that Usufuku Honten achieving MSC-certification will raise the awareness of the importance of sustainably-sourced tuna with Japanese consumers.

“To meet MSC’s Standard, a fishery must meet a high bar of sustainability and be committed to continual improvements. Usufuku Honten has worked hard to reach that standard, and we appreciate the contributions of all parties involved in this two-year process.

“However, we must be mindful that other stocks of bluefin are not in such good shape as the Eastern Atlantic. Our collective challenge is to ensure the sustainable fishing of all bluefin tuna globally.”

The path to recovery

The independent assessment team found that the bluefin tuna stocks in the Eastern Atlantic is now at a healthy level to be fished sustainably. The recovery of the Eastern Atlantic bluefin has been aided by environmental NGO activism, improved fishery management and an international recovery plan – which included dramatically lower quotas between 2006 and 2013. By 2014 scientific assessments indicated the stock was recovering faster than expected, and more recent scientific models indicate numbers have steadily risen in the past decade. ICCAT, which is responsible for managing the Eastern Atlantic tuna stock, considered this recovery plan a success in 2018 and agreed to continue increasing catch quotas gradually until 2020.

A small fishery leading by example

Between 2012 and 2018, Usufuku Honten’s vessel caught an average of 292 bluefin tuna per year weighing around 150kgs each. It catches bluefin tuna using longlines, taking a few weeks to fish its allocation of the Eastern Atlantic stock in October. Usufuku Honten has consistently stayed within its quota, which is verified by detailed records the fishery keeps for the Japan Fisheries Agency as well as ICCAT. Each tuna is electronically tagged with serial number, quickly frozen onboard, then securely shipped to Japan where it is destined to be eaten as top-quality sashimi. Usufuku has seven distant water vessels, of which only one has been assessed to the MSC Standard (the Shofuku-maru No.1). http://www.usufuku.jp/

At the peak of overfishing, it is estimated as much as 50,000 tonnes to 61,000 tonnes of bluefin per year were caught in the East Atlantic and Mediterranean Sea. The International Commission for the Conservation of Atlantic Tunas (ICCAT), a regional fisheries management organisation with 48 member states, began a 15 year recovery plan for East Atlantic and Mediterranean Bluefin in 2007 that aimed to get stocks to sustainable levels by 2022. This included significant sustainability measures such as science-based management, a trade ban and efforts to stamp out illegal fishing. The total allowable catch was brought in-line with scientific advice in 2008 and governance and enforcement improved. By 2014 the stock assessment for the eastern bluefin was more positive, indicating numbers had risen faster than anticipated. The stock rebuilding plan was replaced in 2019 with a long-term management plan that increased the minimum allowable size of the tuna caught. ICCAT has set a total allowable catch for 2020 of 36,000 tonnes of bluefin tuna, and is due to publish its latest stock assessment later this year. 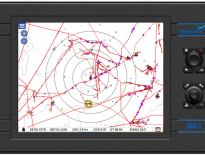