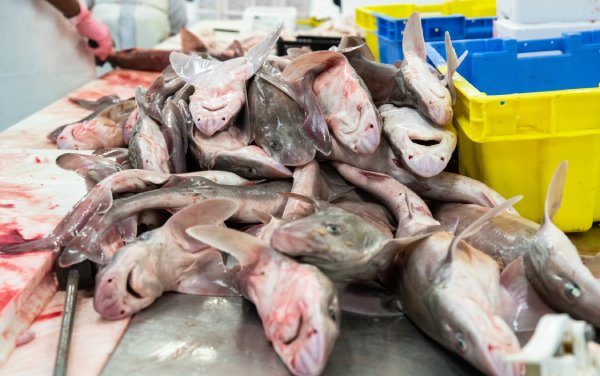 MPs have pressed the new Fisheries Minister, Mark Spencer MP, to ensure that UK fishermen do not fall behind their EU neighbours and rivals when it comes to implementing quota for fishing species such as spurdog.

Although MPs attending the debate raised concerns over the time it takes to get a Statutory Instrument (S.I.) through parliament, the Fisheries Minister said that it ensured the proper operation of democracy.

The question of signing-off on spurdog quota was raised by former Shadow Fisheries Minister, Labour MP for Plymouth, Luke Pollard, Conservative and Suffolk MP, Peter Aldous and Northern Ireland and DUP MP, Jim Shannon at this morning’s Westminster Hall debate on the ‘Methodologies for setting Total Allowable Catches for Data Limited Stocks in fisheries negotiations’ which had been secured by former Fisheries Minister George Eustice MP.

Under then new Fisheries Act, the UK government will have to pass a S.I. in order to allow the current Fisheries Minister, Mark Spencer MP, to sign-off on the allocation of spurdog quota to the UK fishing fleet.

Whereas the UK government will have to pass an S.I. to allow fishing, EU-registered fishing vessels are actively fishing for spurdog in UK waters. This delay has left fishermen frustrated leading to calls for a more streamlined system to allow quotas to be signed-off on. The industry is also concerned that system of using an S.I. could be interfered with by environmental non-governmental organisations (eNGOs) seeking to influence MPs for their own uses.

The importance for English fishermen of being able to fish spurdog and frustration of watching EU fishing vessels catch the fish as they watch on was highlighted by Peter Aldous MP who said:

“Off the East Anglian coast, it (spurdog) is vital for those inshore fishermen who fish sustainably with long lines and nets. They can’t catch spurdog at the moment, but EU trawlers can. Does he (the Minister) share my vision that we should have a fisheries management plan that actually embraces the ICES recommendation on limited capped fishery for spurdog that enables local East Anglian fishermen fishing responsibly and to be able to catch spurdog.”

Labour MP, Luke Pollard asked the Minister to ensure that UK fishermen do not fall behind their EU neighbours. You can listen the clip below:

Speaking to The Fishing Daily after the Westminster Hall debate, Luke Pollard criticised successive Conservative government on their failure to deliver on their Brexit promises failures. He said:

“Tory Ministers have failed to adequately explain why South West fishers have to wait for potentially months to be able catch Spurdog when EU fishers are able to do so now.

“South West Fishers were promised a better deal outside the EU but that was a lie. The Government claimed Brexit would cut red tape for fishers in the UK but all it’s done is increase the bureaucracy and delays fishers currently face.

“Ministers will continue to fail our fishers if UK fish policy carries on trailing behind EU fish policy.”

Fisheries consultant Terri Portmann said: “It is lamentable that this Government has in place home grown red tape, that mean the EU and CFP are now more agile in fisheries management, than the UK is outside of it. But knowing that this secondary legislation was needed, why was it not prepared in December and laid in Parliament the first day back? The idea that this is to make us more democratic stands little scrutiny unless Government is about to cause all uplifts and setting of TACs to seek Parliamentary approval, is that the plan?

“Meanwhile and until the Government sort this, every day spurdogs will be getting thrown back dead. What a disgraceful waste of food and loss of income for struggling fleets.” 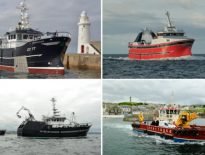 Featured News Vessels of the Future Forum to support transition … 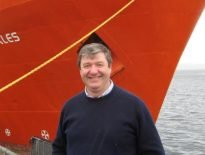