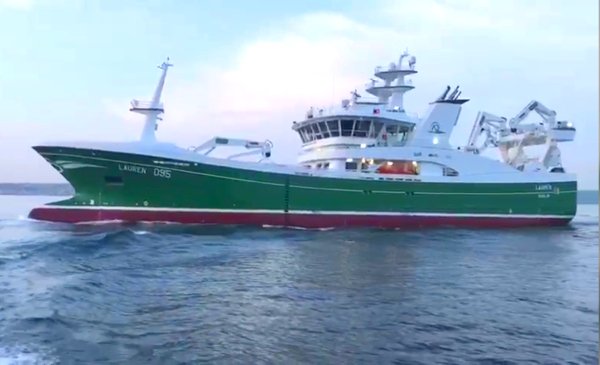 Ireland’s newest pelagic trawler, the FV Lauren, was targeted for monitoring by the SFPA upon landing from her maiden voyage

Ireland’s newest pelagic trawler, the FV Lauren, was targeted for monitoring by the Sea-Fisheries Protection Authority (SFPA) upon landing from her maiden voyage.

The vessel which landed in Killybegs on Friday night was celebrating a successful trip had 1,100 tonnes of blue whiting onboard that was destined to be processed for human consumption, when SFPA officials told the skipper that he would have to dry his catch for weighing. The weighing damaged the integrity of the fish, which was then only suitable for processing as fish meal.

The landing by the Lauren would be the final one for the blue whiting season for processors in Killybegs. Irish Fishing and Seafood Alliance Chair, Cormac Burke was left fuming ove the incident. He said, “The fact that this is probably the final landing of any blue whiting vessel into Killybegs for this year, coupled with the fact that the crew of the Lauren were celebrating a successful first trip at sea, smacks of nothing more than clear spitefulness on behalf of the SFPA.”

The fishing community in Killybegs feel that they are under attack by the SFPA during the blue whiting season. So far three other local vessels have had catches for human consumption dry weighed, the Danish vessel RUTH turned away from Killybegs when it was asked to dry weigh its catch, the Ingrid Majala turned away twice and travelled to Derry Port to unload and Cork based vessel, SeaSpray also had her catch of blue whiting dry weighed. Processors in the town have lost thousands of tonnes of blue whiting to fish meal and the controversy has left foreign vessels questioning whether they will continue landing into Killybegs and Irish ports going forward. For southwest Donegal, this is an important source of revenue as the Irish vessels only have a small quota for blue whiting compared to the Danish and the Norwegian fleets and would not provide sufficient fish to make it worthwhile for these factories to stay in operation.

Speaking to The Fishing Daily today, Denis Carberry skipper of the Lauren expressed his frustration over the SFPA action. He said:

“It’s beyond a farce now at this stage, that as I see it anyway. A brand-new vessel and they come down and stick a monitor on us straight away. It’s just ridiculous. It’s over the top that the boat is on its maiden trip and it’s subjected to a full monitor.”

The Lauren tied up in the harbour on Friday night at 10.30pm.

“The arrived down straight away as soon as we had the ropes on the pier. They came aboard and notified me that they wanted to weigh the fish on the pier. So, I had the option of using this weighing mechanism that they have on the pier, but that’s fine for other species such as mackerel, scad or herring, but not for blue whiting,” explains Denis.

The process of dry weighing the catch for monitoring means that the fish has to be pumped from the boat, removed from the chilled water it was stored in, then weighed, put back in chilled water and pumped into trailers for transport. This amount of handling damages the quality of the blue whiting which is renowned for being difficult to handle. Once the integrity of the fish is compromised, then the only option is for the catch to be processed as fish meal, meaning the boat and the processor receive less money for their product.

“It’s financially costing us over €55,000 because the fish can no longer can be used for the purpose, we were landing it for. It is going for fish meal now instead of fresh fish. That €55,000 would cover our expenses for the trip,” says Denis.

Denis’ frustration is the frustration being felt across the fishing community since the EU Commission revoked the Control Plan last April. A shock that came to the system based on evidence supplied to them from the SFPA.

Yet out of all the sectors of food production in Ireland, the fishing industry is the most monitored with 16 CCTV cameras alone at the new pier in Killybegs and every fish processing plant is monitored by dozens of cameras connected to SFPA offices. Topped with raiding practices with proof of suspicion, the SFPA has been given more power to breach civil rights than any other law enforcement agency in the EU. Such is the strength of feeling that Denis and other fishermen feel action needs to be taken.

“Something has to be done or something has to change because the fishing industry is on its knees. The Department has spent too long dividing fishermen: the big and the small, north versus south. It’s time the fishermen united and brought the protest to Dublin, and if that means blockading Dublin harbour, I would be happy to do it,” says Denis.

It has been reported that the SFPA officers involved in the monitoring were not locally assigned officers, but a special branch sent out to carry out this mission. The SFPA was contacted for a response to the report but only answered, “The SFPA does not comment on operational matters.” 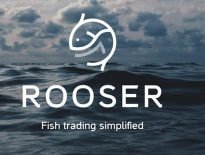