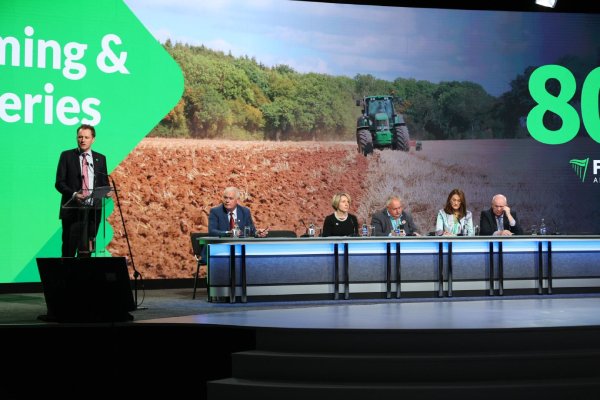 Minister Charlie McConalogue’s speech to the Fianna Fáil Ard Fheis on Farming and Fisheries, was not welcomed by the IFSA Chair

Minister for Agriculture, Food and the Marine, Charlie McConalogue has come under criticism from the Irish Fishing and Seafood Alliance for his speech to the Fianna Fáil Ard Fheis on Farming and Fisheries, which did not include any detail about fisheries.

On Saturday evening, the Minister took to the stage at the Ard Fheis in Dublin where he lay plaudit after plaudit on the farming sector in Ireland, but nearly forgot that he was also Minister with responsibilities for the Marine sector.

During his speech the Minister mentioned farming 18 times to the 4 time he mentioned fishing. The Fianna Fáil party bias towards the agri-food sector was clearly evident at the Ard Fheis. Statements such as:

“The Fianna Fáil ethos has always been focused on rewarding our farming families for their hard work regardless of where they are in the country or the size of their enterprise.”

Earlier this year, the Minister has remained silent on the issue of the Sea-Fisheries Protection Authority’s unfair harassment and defamation of the fishing industry but in his speech vowed to stand by and protect farming families businesses, while fishing families are being forced out of their businesses.

He also vowed to protect faming families from Unfair Trading Practices, whilst the number of unfair trading practices against Irish fishing families grow with French and Spanish boat owners receiving fuel subsidies to continue fishing in Irish waters, whilst he remains “assessing” the situation for the Irish fleet.

While the government has used the Trade and Cooperation Agreement as an excuse to further eliminate the fishing fleet from around the Irish coast, the Minister was enthused about the future of farming saying:

“We have never faced a more exciting time in the history of our agriculture sector.”

But what will gall most in the fishing industry is the Minister’s line:

“I am determined to continue this tradition of fairness and equity for our farm and fishing families”.

A statement that has annoyed the Cormac Burke, Chairman of the Irish Fishing and Seafood Alliance who said:

“While many in the Irish fishing and seafood processing industry are complaining that last week’s speech from Minister for Agriculture, Food & Marine Charlie McConalogue gave little mention to the fishing industry, other than to pretend how great everything is, I for one would have preferred if he had said nothing rather than spout bullsh*t about justice and “equity for fishing families”.

“To hear a minister who has earned himself the well-deserved reputation of being the worst fishing minister in the history of this State, due to his ineffectiveness and his willingness to allow his DAFM civil servants rule the industry, talk about fishermen being the “bedrock of the industry” is an insult to the fishing families and communities of Ireland who have suffered so much in recent years under the regime of this Minister’s DAFM officials and the out-of-control SFPA, while Charlie McConalogue himself has happily accepted the role of the monkey and not the organ grinder.

“At one point when Mr McConalogue spoke of “forging a better future for young people and rural Ireland” I actually felt a bit of sick rising in my throat….

“How can a Minister who is presiding over the decimation of the fishing industry, the core socio-economic lifeblood of all coastal communities, talk about forging a better future for young people when he himself is the driving force behind closing down fishing communities and forcing the next generation into emigration?

“To say that in national marine management that the ‘tail has been wagging the dog’ for so long in Ireland’s fishing industry is a massive understatement – and, as everyone in this industry will attest to, a clear strategy of working against this industry, from political and civil service officials, has been blatantly obvious for so long and yet here we have a minister (and a Government) willing to turn a blind eye to the situation rather than to stand up to the bullies in the DAFM back rooms and meanwhile the catching and processing industries, and the communities who rely on these sectors, are on their knees begging for even the slightest bit of genuine support from those in charge of an island nation with the richest waters in Western Europe but who prefer to see this national resource as a liability rather than as one of the best natural assets in the world.”

The Minister’s full speech can be read here 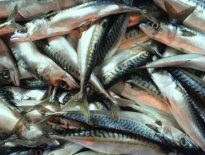 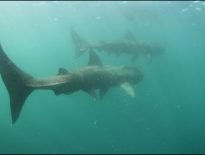