MacLochlainn says fight will go on to have S.I 318 Annulled

Deputy Padraig MacLochlainn TD, has vowed to carry on the fight to have S.I 318 of 2020 annulled

Deputy Padraig MacLochlainn TD, has vowed to carry on the fight to have S.I 318 of 2020 annulled despite losing the Private Members Bill vote last night in the Dáil.

The Sinn Féin spokesperson on Fisheries tabled the motion on Tuesday night after Minister for the Marine, Charlie McConalogue failed to take action on amending or striking out the statutory instrument which allowed for the introduction of a penalty point system, which he and his party had found unfair and unjust when they were in opposition in 2018.

“This is the exact same penalty points system voted down two years ago.”

“That was the first time in the history of the State that a statutory instrument was voted down.

“Fishermen will challenge this in the Courts and this battle will continue.”

He said what Minister Charlie McConalogue told the Dáil during the debate, i.e that Ireland had to implement a penalty points system or else the country would be open to massive EU fines would not be accepted by the Irish fishing community.

“The four core issues that Pat the Cope raised (in 2018), none of them were addressed.

“What has happened here is a betrayal of fishing communities for now and we intend to fight it head on. Fishermen will challenge this in the Courts.

“Can you imagine a situation where a person was stopped by the Gardaí and issued with penalty points for their vehicle for some alleged offence. They then go to court and are found innocent and those penalty points still stand?

“Or that they be blocked from even going to a higher court to defend themselves?

MacLochlainn says fight will go on to have S.I 318 Annulled 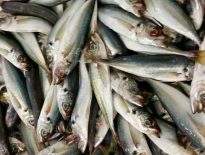 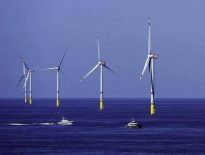