Padraig Mac Lochlainn TD, has questioned the Minister for the Marine the status of the Burden Sharing negotiations

Sinn Féin’s Fisheries Spokesperson, Padraig Mac Lochlainn TD, has asked the Minister for Agriculture; Food and the Marine the status of the negotiations with his EU counterparts to secure a fair burden sharing of the fish quota loss that has arisen from the EU- UK Trade and Cooperation Agreement.

“As the Deputy is well aware, the EU-UK Trade and Cooperation Agreement (TCA) will, unfortunately, have an impact on our fishing industry. However, this impact would have been far greater had the Barnier Task Force agreed to UK demands, or had we been in a no-deal scenario which would have seen all EU vessels barred from UK waters and subsequent displacement into Ireland’s fishing zone.

“I wish to assure the Deputy that this Government intends to continue to keep the focus on the disproportionate quota reductions for Ireland and to use any opportunity available to seek constructive solutions that would help to alleviate this unacceptable position.

“On 20th January, I met with Michel Barnier, the EU Fisheries Commissioner and the Ministers of the Fisheries Group of 8 on fisheries related matters post-Brexit. I raised the matter of inequitable burden sharing directly at this meeting.

“I also raised this matter at EU Fisheries Councils in both January and February. At the February meeting, I put forward a practical proposal to seek an exchange from the UK of mackerel for North Sea whitefish on the basis of a proposal from the Irish industry. However, this was not accepted by all relevant Member States as it involved loss of shares of whitefish for them in the North Sea. This emphasises that proposals to adjust shares of quotas within the EU will always be challenging and are only likely to work when they offer advantage to other Member States as well as Ireland.

“The European Commission, on behalf of the EU, has been engaged in consultations with the UK on setting fishing opportunities for shared stocks for 2021 since early February.  While progress is being made in these consultations, an agreement with the UK has not to date been reached.  In March, I attended the EU Fisheries Council, where provisional TACs and quotas were set for seven months will provide certainty and continuity for the fishing industry for the coming period.  I again made Council aware of Ireland’s concerns regarding

the matter of inequitable burden sharing within the TCA both, formally at Council.

“At a VC meeting earlier this week with Commissioner Sinkevicius and Ministers of most impacted Member States regarding the issues arising in the EU-UK Fisheries Consultations, I made clear that Ireland, both at sectoral and Government level, is dissatisfied with the inequitable and disproportionate burden imposed on Ireland in terms of our contribution to the quota transfers to the UK.

“As I have said, I  am pursuing every opportunity at EU level to increase the available quotas for our fishing fleet.  I am pleased with the outcome of the consultations with Norway in respect of Blue Whiting has increased the available quota for the EU and Irish fleet.  The ICES advice is for a 20% cut in this stock and this advice is being followed. This cut has been significantly mitigated because we negotiated successfully to reduce the customary transfer of this stock to Norway.

“I can assure the Deputy that I will continue to raise the matter of inequitable burden sharing at EU level and in bilateral exchanges with other EU Member States, whenever suitable opportunities arise.” 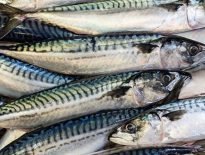 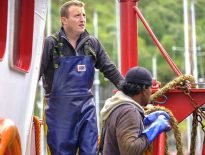