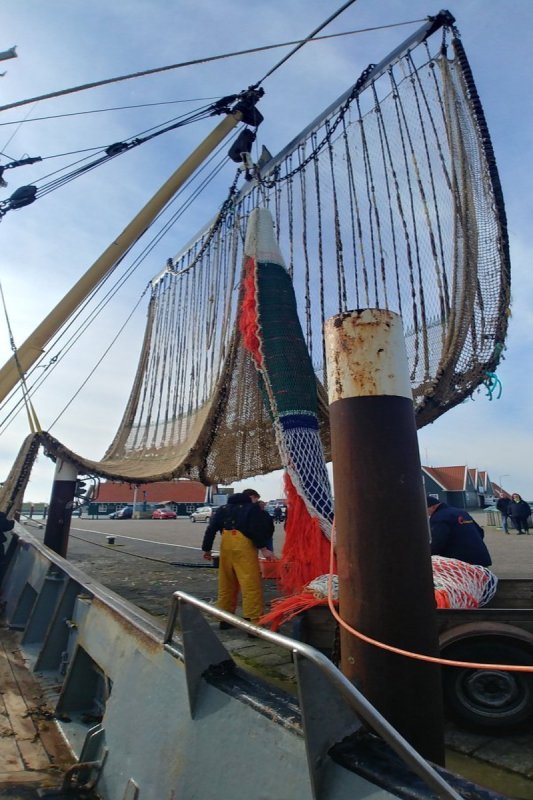 As the Netherlands endeavours to legalise electric-pulse trawling the Low Impact Fishers of Europe (LIFE) and 36 individual European fishers have demanded the reimbursement of what they have called “illegal subsidies” that were given to Dutch boat owners.

The Dutch Government has submitted a case to the Court of Justice of the European Union to repeal a ban, voted on and passed by the European Parliament in February 2019, which saw electric-pulse fishing banned from EU waters with the method begin phased out. The method of fishing is due to end on the in the next few months.

Dutch pulsars were left furious after the ban was announced and acting in the interests of the industry, their Government lodged their appeal with the CJEU.

Non-Governmental Organisation, BLOOM claims that the Dutch has and still continues to cheat of the number of derogations allowed.

LIFE, the European platform of small-scale fishers (Low Impact Fishers of Europe) along with 36 French, Belgian, English and Dutch fishermen, have requested that the public subsidies that financed the development of electric fishing be reimbursed, via a complaint addressed to the European Commission’s competition department.

In a scientific publication published in March 2019, BLOOM claimed to demonstrate that at least €21.5 million had been allocated to support, legitimise and develop electric-pulse fishing in the Netherlands. However, financial support from the European Union is subject to strict compliance with the rules of the Common Fisheries Policy (CFP). By equipping more vessels with electric-pulse fishing than was actually allowed, the Netherlands has clearly violated the EU’s regulatory framework. As the European Commission has acknowledged this infringement, it follows that the EU subsidies for the development of electric-pulse fishing are also completely illegal.

1) they are granted to an enterprise,

2) by a State or through State resources,

3) they confer an advantage on that enterprise (the so-called ‘selective’ benefit), and

4) they affect or may affect trade between States or competition.

In principle, such aids are prohibited by the Treaty on the Functioning of the European Union (TFEU). Only certain types of aid are authorised under a derogation system. In the case of state aid for electric fishing, this is also illegal. By not respecting the framework imposed by the CFP, this aid is in fact contrary to European law and is therefore incompatible with the internal market.

“These subsidies are, by definition, illegal, since they have been granted to vessels that are themselves illegal. Beyond this simple fact, they are doubly so, since European subsidies cannot finance devices that increase the fishing capacity of vessels. However, several scientific sources indicate that the use of electric trawls increases fishing capacity.[6] This aid has thus created unfair competition with North Sea fishermen and distorted the market,” explains Frédéric Le Manach, Scientific Director of BLOOM.

The cheats could even get financial compensation

So let’s recap on the tawdry situation continues BLOOM: the Netherlands is seeking to repeal the total ban on electric-pulse fishing, scheduled for 1 July 2021. At the same time, it continues to infringe on European law by maintaining 22 temporary derogations – seven more than allowed – with the scandalous approval of the European Commission. The Dutch government has also referred the matter to the Court of Justice of the European Union (CJEU), which is expected to deliver its judgment on 15 April 2021. The Dutch Minister claims that the EU did not rely on scientific advice to ban electric fishing. But Brian O’Riordan, Director of LIFE, explains that “electric fishing is incompatible with the objectives of the Common Fisheries Policy, which must apply the precautionary approach to fisheries management. Unlike the European Commission, the Parliament has taken its responsibilities seriously by banning this destructive fishing gear. We trust that justice will prevail in this case.”

Following the withdrawal of part of the illegal derogations, the industrial fishing lobbies VisNed and Vissersbond have even launched two proceedings against their own government – which is defending them tooth and nail in their illegal enterprise – to claim compensation following the withdrawal of the illegal licences. Coincidentally, our complaint against EU subsidies and illegal state aid comes a few weeks after a ruling by the Court of The Hague that some of the Dutch fishermen,[7] who have had their illegal licences withdrawn, are eligible for financial compensation! But another judgement of the Court of Rotterdam decided to wait for the decision of the EU Court – CJEU – before deciding on possible compensation. “This is the world upside down; fishermen who practice electric fishing have benefited from illegal derogations, illegal subsidies, and now they could get compensation following the withdrawal of illegal licences. This decision fuels the anger of honest fishermen who are now in a serious situation. We expect the Commission to take a decision that restores justice by demanding, at the very least, the reimbursement of the illegal aid.”, protests Stéphane Pinto, vice-president of the Hauts-de-France Regional Fisheries Committee and co-plaintiff.

The social impact of electric-pulse fishing is dramatic for the fleets around the North Sea. Some small-scale fishers have been able to reconvert, but others have gone bankrupt or are waiting for scrapping grants to stop their activities. The supply of fish, particularly sole, had become so low that the Dunkirk fish auction closed down in October 2020, with the French government showing total indifference.

In the Netherlands, electric-pulse fishing is far from being unanimously supported, despite the Dutch government’s determination to defend the fishing industry that uses this technique.

Five Dutch fishermen have had the courage to join as co-complaints. “By allowing this technique, the precautionary principle has been violated. The Netherlands has acted very irresponsibly, has committed fraud and therefore received unjustified subsidies. That is why I am signing this complaint“, explains Ger de Ruiter, a Dutch small-scale fishers and member of the C-LIFE association.

As long as the European Commission does not take action against this obvious case of fraud, the electric fishing issue will continue to be a hot topic, claims BLOOM. The Commission has the opportunity to put an end to this scandal by finally assuming its responsibilities and fulfilling its role as Guardian of the Treaties. It still needs the political will to put an end to this charade and to assume its past mistakes. 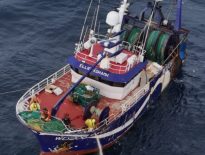 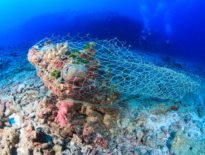