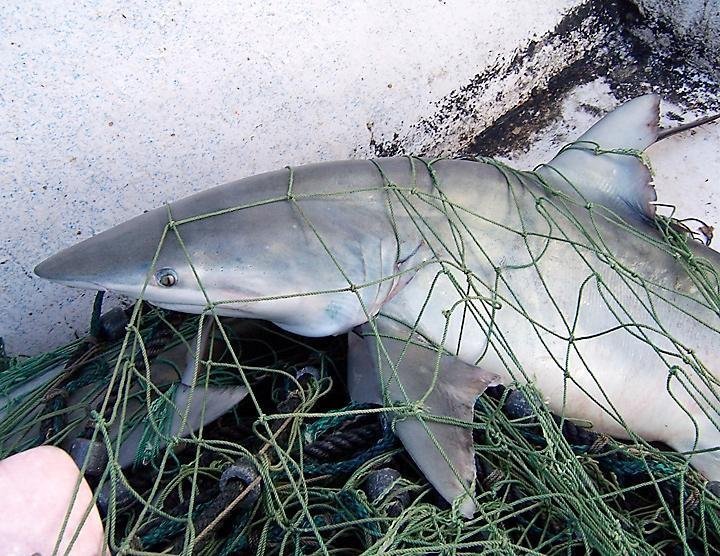 Gillnets are one of the most extensively used fishing gear in coastal regions throughout the world’s oceans, but often catch other animals not targeted by fishers. These include endangered, threatened, and protected species such as sharks, sea turtles, marine mammals, and seabirds, but also other fish species as well as non-marketable juvenile target fish species. These animals are often dead, injured, and dumped overboard. The incidental capture of non-target species — known as “bycatch” — in coastal gillnet fisheries has contributed to declines in endangered species worldwide and has also impacted coastal ecosystems.

Over the past decade, illuminating gillnets with LED lights has emerged as an effective tool to reduce bycatch of endangered sea turtles in coastal gillnet fisheries. However, the effects of net illumination on other vulnerable species, total fisheries bycatch, and efficiency of fishery operations have never been examined.

The researchers attached green LED lights every 10 meters on gillnets along the Pacific coast of Baja California Sur, Mexico and were surprised to find that the lighted nets almost eliminated bycatch of sharks, skates, and rays, an ancient group of animals that has declined globally due to bycatch and illegal fishing.

Moreover, the illuminated nets reduced the time it took fishers to retrieve and disentangle the nets by 57 percent, making this technology attractive for fishers looking to increase their efficiency independently of any concern for bycatch. This resulted from fishers needing to remove fewer entangled animals in the illuminated nets, which included considerably fewer turtles, sharks, skates, rays, squid, and small finfish, which can be time consuming, difficult, and even dangerous to remove from nets. In practical terms, this means that fishers can save more than an hour per trip when fishing with illuminated nets, which can also help improve the quality of their catch.

Said Jesse Senko of Arizona State University and lead author of the study: “These results demonstrate that the potential benefits of illuminated nets extend well beyond sea turtles, while demonstrating the strong promise for net illumination to mitigate discarded bycatch in similar coastal gillnet fisheries throughout the world’s oceans.”

Said Hoyt Peckham, a co-author on the study and Director of Small-scale Fisheries at the Wildlife Conservation Society: “Gillnets are ubiquitous because they are inexpensive and catch everything that passes them. This work is exciting because it provides a practical solution increasing gillnets’ selectivity and avoiding their bycatch. Emerging technologies should help us incorporate this kind of lighting into gillnet materials so that adopting this solution will become a no-brainer for fishers.”

Said John Wang, a co-author on the study and Fisheries Ecologist at NOAA Fisheries’ Pacific Islands Fisheries Science Center in Honolulu: “Making life easier for fishers by reducing the amount of time untangling bycatch is equally essential as reducing the bycatch biomass in nets. It is important for fishers to know that there are tangible benefits for them. This is critical for the adoption of such technologies by the fishing industry.”

WCS is working in many costal nations to reduce the bycatch of iconic megafauna in gillnet fisheries, such as dolphins, sharks and rays. However, to date there have been limited technical solutions that would reduce that bycatch while allowing continued catches of the species the fishers set out to catch, and often those catches have key livelihood and food security implications. This work provides a possible means of safeguarding threatened megafauna in their final strongholds around the world, and will be explored further as part of WCS’s global marine conservation efforts. 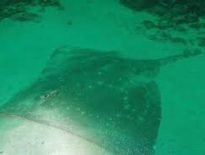 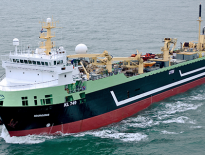