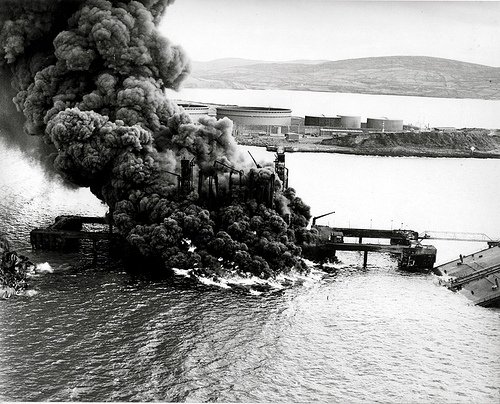 Mr Kingston, from Goleen in West Cork, is the son of Whiddy Island disaster victim Tim Kingston and is vice-president of the French-Irish Association of Relatives and Friends of the Betelgeuse, spear-headed the High Court application in respect of the Whiddy Island disaster for the State’s failure to ensure maritime safety.

On 12 July the European Court of Justice (ECJ) found Ireland guilty for breaching EU law in an action taken by the EU Commission over the independence of the Member State’s maritime accident investigation system. The ECJ said the Marine Casualty Investigation Board’s (MCIB) independence is “not guaranteed” leading to a marine expert warning that Ireland must urgently address the fundamental flaw identified. The Court ruled that “in view of the functions performed simultaneously” by the two civil servants, Ireland is not fulfilling its obligations under Article 8(1) of Directive 2009/18” governing the investigation of accidents in the maritime transport sector.

In a letter to the Taoiseach, Tanasite, Minister Eamon Ryan TD, super-junior Minister Hildegarde Noughton and Minister Paschal Donohoe he claims that there is a State authorised harassment of him using the medium of the United Nations despite comments made by super-junior Minister Noughton on 14 July following the ECJ judgement, along withcriminal investigation into the Department of Transport, Tourism and Sport (DTTAS) and the Marine Casualty Investigation Board (MCIB).

In his letter to the Irish government officials he writes that the Irish Civil Service has used the medium of the Secretary General of the United Nations International Maritime Organization, where he works as a Consultant. Mr Kingston says that this is not the first time that an attempt has been made to persecute him in his role with the UN and that last year he was a victim of a campaign against him.

In the letter he writes to the government “I suspect none of you are even aware of this, because of the out of control Civil Servants operating under your successive responsibility, who are now the subject of a very serious Garda investigation, and your failure to understand the seriousness of these issues for our society.”

He says that the harassment began again at the end of last week: “On Friday last I was contacted by the Maritime Safety Division of the International Maritime Organisation who had received correspondence from Ireland asking if clearly personal correspondence I sent Department Officials was sent  “for or on behalf of IMO, or at its direction  of behest, or with its consent of knowledge”. The letter was sent by Ms Claire Calnan, Chairperson of the Marine Casualty Investigation Board to the Secretary General of the International Maritime Organization. Clearly my correspondence was private.”

In his response to the Director of the Maritime Safety Division, prior to further meetings on the same day he wrote: “I did not send any correspondence on behalf of the IMO, nor would I. I have clearly corresponded with Mr Hogan and colleagues as an Irish citizen, one who is deeply concerned by their clear breach of European law, and International law, that has caused further death in Ireland.

“However my CV affiliations were on the bottom of my email, including that I work as an IMO Consultant, amongst several others.

“It is extraordinary that ‘Ireland’ should do this, but not surprising given what is going on – an official criminal investigation into the very people who have sent this complaint, one that I tried to help them avoid, as a true representative, albeit unofficially, of all that is good about Irish culture and empathy for those who use the sea and are affected by it. What ‘Ireland’ have been doing is an embarrassment not just to me but all the maritime community in Ireland who have supported me, and many international connections across the world, who know the difference between right and wrong.”

Mr Kingston says “The IMO agreed that this questioning of the Secretary General was ‘nonsense’.”

“This is deeply embarrassing for our Nation, and highlights yet further our mess to the world, which I have been trying to avoid, particularly, as I have explained to you in the below email, with an IMO Audit coming up of how we are implementing their regulation.”

Mr Kingston has called for action to be taken in regards to the recent ECJ judgement and the subsequent investigation over comments made in the Dáil by super-junior Minister Noughton by An Garda Síochana:

“Given the issues that I have highlighted in my correspondence with AN Garda Siochana the following has to happen:

“The Ministers who presided over this scandalous approach to maritime accident investigations have to answer for themselves.

“Mr Doyle has to account for his actions. I understand he has moved posts. Ms Deidre O Keeffe, and Mr Brian Hogan must be immediately stood down as Assistant Secretary for Marine, and Chief Surveyor respectively.

“Ms Claire Calnan must be stood down immediately, and explain why she misled the Oireachtas.

“A full public enquiry has to be convened to explain how this came about and it must review all MCIB Reports, and previous incidents and Ireland’s regulatory framework – back to the Whiddy Island Disaster. All the issues of mis-conduct regarding changed reports in my correspondence with An Garda Siochana,  not least the incompetence exemplified by the investigation into the death of Ms Anne Marie O Brien’s brother, Mr John O Brien with his friend Pat Esmonde off Helvick Head in July 2010, must be followed up and criminal charges pursued.  All the issues I raised (including this issue) on behalf of the Families of the victims of the Whiddy Island Disaster and our Community in Co Cork in correspondence that has been ignored will have to be dealt with to avoid more embarrassing Court Judgments and to release me from issuing those proceedings which are imminent. My original letter to the Government of 10 January 2019 can be found here and read in conjunction with my aforementioned letter to Mr Varadkar of 07th July 2019.”

In addressing the Taoiseach and Tánasite Mr Kingston writes: “You have done absolutely nothing, despite the seriousness of this situation. And indeed Hildegarde Noughton  seriously mislead the Dáil following her response to questioning regarding the ECJ Judgment on 14 July by Sinn Fein’s Donnchadh O Laoghaire T.D, Darren O Rourke T.D  and Pat Buckley T.D and in writing by Mattie McGrath T.D in stating that ” [following the ECJ Judgment], it is not my intention to seek any form of inquiry into the MCIB’s investigations [as] no finding of partiality has been made in the actions of the Board of the MCIB.” This gave the impression that the European Court of Justice looked at the work of the MCIB and found no finding of partiality. The ECJ did not look at the reports/ work of the MCIB. The Court ruled on the simple basis that the 2 Civil Servants should not be on the Board giving rise to ‘potential conflict’.

“Since then Garda Commissioner Harris has directed the National Bureau of Criminal Investigation to investigate DTTAS and Marine Casualty Investigation Board (MCIB) officials for allegations of Misconduct in Public Office in relation to the finalisation of MCIB reports and the failure to implement regulation. This has been widely reported.” 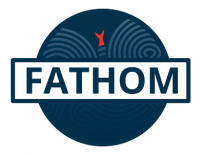