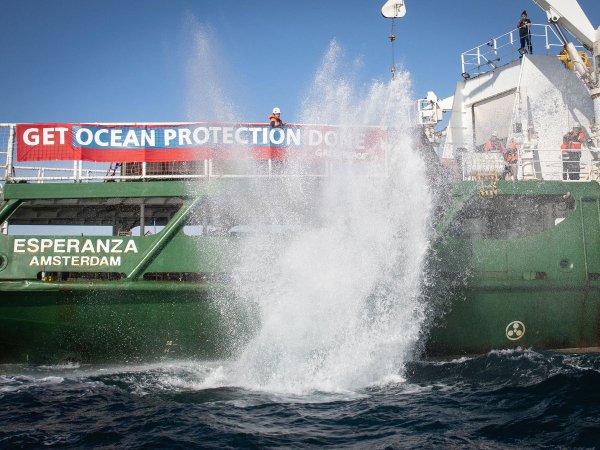 Greenpeace cleared of breaking the law in boulder drop campaign as MMO offers no evidence against the unlicenced action. Photo: Greenpeace

In a move that undermines public law and order, the judge in the Greenpeace boulder drop campaign case has ruled that it is ‘okay’ for non-governmental organisations to take the law into their own hands if they believe the proper authorities are not carrying out their duties.

Greenpeace appeared before the Newcastle Crown Court charged with dumping boulders with a licence in a Marine Conservation Zone called the Offshore Brighton, which is located 28 miles out in the English Channel. The event took place during February 2021.

The Marine Management Organisation (MMO) sought a prosecution against the actions of the NGO, where 20 boulders sponsored with celebrity names such as Thandie Newton, Hugh Fearnley-Whittingstall, Paloma Faith, Bella Ramsey, Mark Rylance, Jarvis Cocker and Ranulph Fiennes were dumped into the sensitive area in what Greenpeace called “anti-trawling measurres”.

The boulders were dropped in the area despite warnings from the MMO that it was not licenced to do so.

A five-day trial was expected in June 2022 but at a hearing last month, Judge Edward Bindloss invited the MMO to reconsider, saying prosecution was not in the public interest.

Aginst this, the MMO decided not to proceed saying,  “Taking into account of all relevant circumstances, the MMO decided to undertake enforcement action to investigate and subsequently to prosecute Greenpeace for these activities.”

In his judgement, Judge Edward Bindloss said: “One of the ironies of this litigation is that both the MMO and Greenpeace are committed to improving the marine environment.”

He added: “The parties in this case should be allies, not antagonists. They should be acting in harmony given their stated purpose and objectives are the same.

“Greenpeace should be a supporter of the licensing regime and the MMO should support the prevention of any harmful deep sea fishing methods over important marine seabeds.

“It touches on the absurd that this litigation is happening at all.”

Judge Bindloss said deciding not to prosecute Greenpeace was not “favouritism by the MMO towards a well-known organisation” and the move would not set a precedent.

He said the boulders were not harmful to the marine environment and Greenpeace’s actions were not dangerous.

The judge said Greenpeace had given advance warnings of the operation and had marked the co-ordinates of each boulder, which had holes in so they could be lifted back off the seabed later.

The MMO considered its position and offered no evidence after Greenpeace and Mr Sauven pleaded not guilty to charges of undertaking marine activity without a licence.

Kirsty Brimlow, QC for Greenpeace celebrated after the judgement tweeting, “On behalf of Greenpeace, there is an acknowledgment that common sense has prevailed by the MMO and a welcoming of that common sense so that all can work to protect the marine environment.”

“The Marine Management Organisation’s role is to protect our marine ecosystems, a vitally important job in a climate and nature emergency. Our action was designed to safely protect nature from destructive fishing in an area designated as protected but where the MMO is miserably failing to do its job. For them to waste court time and public money prosecuting us for doing exactly that is, as the judge said, absurd.

“This is a clear signal for the Environment Minister to take the urgent action needed to actively protect our oceans from industrial fishing and stop licensing destructive ships and fishing methods in all of the UK’s Marine Protected Areas.”

MMO Response to the Judgement

Following this judgement, the MMO has considered the following matters to be relevant to the case moving forward:

As a result, the MMO has decided not to continue with the prosecution. In doing so, the MMO fully expects that Greenpeace will, in accordance with the comments made by the Learned Judge, support and comply with the marine licensing rules in future.

Should unlicensed activity occur in the future the MMO will continue to investigate and will, in appropriate circumstances, consider taking.

“The findings of law in this case made clear that the MMO had jurisdiction to prosecute, and that Greenpeace are expected to comply with the marine licensing regime. It is noted that since initiating proceedings, Greenpeace have not carried out any further unlicensed activity.

“The MMO has decided not to continue with the prosecution. In doing so, we fully expect that Greenpeace will, in accordance with the comments made by the Learned Judge, support and comply with the marine licensing rules in future.

“Should unlicensed activity occur in the future we will continue to investigate and will consider enforcement actions in line with our published compliance and enforcement strategy.”

Each party will pay its own costs from the hearing. 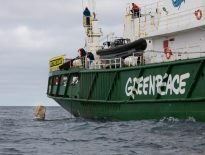 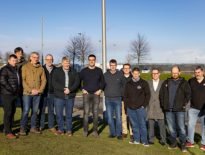