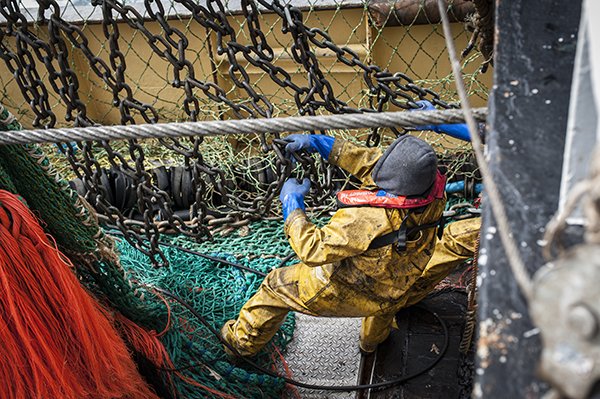 The NFFO have given its reactions to the launch of the Joint Fisheries Statement which will provide a framework for UK fishing objectives. Photo: Tony Fitzsimmons

Together with the Fisheries Act (adopted in December 2020) the Joint Fisheries Statement lays the legislative and policy foundations for a distinctive UK approach to fisheries management outside the Common Fisheries Policy.

The policy statement will provide a UK framework for delivery of the eight settled objectives in the Act (see objectives below).

This is therefore a document of historic importance, which will shape the way we manage our fisheries in the decades ahead. Each Joint Fisheries Statement (JFS) will be reviewed at least every six years.

Like the Fisheries Act, the draft Fisheries Statement is a carefully crafted document which balances ambitions to deliver fisheries operating at their maximum sustainable yield, with the realities of managing complex fisheries, sustaining economically viable fishing businesses, and underpinning thriving fishing communities.

“Consultation to run from 18 January to 12 April 2022, inviting views from industry, NGOs and all affected by policies in the Joint Fisheries Statement.

Especially welcome is the emphasis on delivering resilient supply chains and acknowledgement of the role the fishing industry plays in providing food security for the nation and beyond. The JFS stresses the importance of generating well remunerated high -quality jobs throughout the fishing sector.

Significantly, the policy document will also inform the UK’s approach to international negotiations.

In the consultative documents, heavy emphasis is placed on the fisheries management plans which will provide the future basis for delivering sustainable and profitable fisheries. These will initially focus on some of the most commercially important fisheries. As each of the plans has selected a lead administration, there is likely to be some controversy on boundary issues and choice of lead administration. The development and implementation of fisheries management plans implies a mountain of work ahead.

The NFFO will now study the JFS in detail before submitting a detailed consultation response before the April deadline.

The JFS is a statement of intent, but it will not be played out on a blank canvas. The political context within which those intentions are taken forward can profoundly shape outcomes.

Ill-considered amendments to the Fisheries Act were largely fought off as the legislation passed through Parliament. The Act managed to retain its coherence and focus. Industry representative bodies, including the NFFO, briefed extensively through the whole process to ensure that parliamentarians across the political spectrum understood what was at stake. It will be important that the JFS is similarly protected as it passes through the consultative process and parliamentary scrutiny. There may be scope for some improvements, but the bigger risk comes from the one-dimensional “further, faster” school of naivety.

It will be important to fight these off vigorously.

The more significant risk comes from outside the legislation or formal policy statements.

Fisheries policy evolves within and is shaped by its context. That context includes the Trade and Cooperation Agreement with the EU which holds the UK fishing industry far from the access and quota share arrangements normally associated with an independent coastal state. There is little sign, either, that the EU, or its member states intend to passively accept the implications of the regulatory autonomy that is written into the TCA. This is likely to remain a source of tension, not least around how non-quota species are to be managed in future. The UK/EU Specialised Committee on Fisheries, along with annual fisheries negotiations, will be the principal arena in which these frictions are worked out.

Displacement of fishing activities is briefly acknowledged in the JFS but the scale of potential unintended consequences implicit in the UK’s plans for offshore wind and marine protected areas is seriously understated. Displacement has the potential to knock fisheries policy and the fishing sector sideways.

The scope for high level political interventions based on not much more than whim and good intentions, also has the potential to undermine the fishing industry and long-term sustainable fisheries management, whatever the Act and JFS say about evidence-based fisheries policy. Constant litigation is not a financially viable or attractive option for holding government to the binding obligations of the Act, JFS, or management plans, at least not for most industry organisations. Who is in government and their priorities will therefore remain a profoundly significant factor, whatever is in the JFS.

The politics of devolution are never far from the surface and have the potential to disrupt or delay.

The Policy Statement may therefore lay out destination and ambition but there are some very big pitfalls to swerve and battles to be fought on the road to its delivery.

Perhaps the most disturbing aspect of the JFS is its relative silence on the role of the fishing industry in shaping its own destiny. Co-management is given a notional mention, but the lack of detail or serious attention speaks volumes. The people whose livelihoods are shaped by the policy statement are treated as just one more stakeholder – equivalent to those many groups who merely hold various opinions on fisheries.

An unwelcome gap between the rulers and the ruled is opening, seen most vividly in relation to policy on highly protected marine areas, but showing also in the UK’s approach to international negotiations, where the industry is largely a bystander.

A command-and-control approach to fisheries management has been the hallmark of the CFP. Even progressive parts of the European Commission, expressed in their periodic green papers on reform recognised that remote top-down decision-making was the root cause of repeated implementation failures.

There are signs that as the years pass important lessons are being forgotten. There are, in fact, no technocratic solutions in fisheries management. Effective fisheries policy requires the involvement and at the very least, the acquiescence of those whose activities is being managed. The outright failure, unintended consequences, or stuttering implementation, of a succession of cod recovery measures, closed areas, the landing obligation, technical measures and a myriad of other initiatives, all provide testimony to this essential truth. On the other hand, examples of intelligent recovery plans developed in close collaboration between fisheries administrators, fisheries scientists, and the fishing industry testify to the effectiveness of the co-management ideal in its various forms when it is adopted.

The failure to learn these lessons is a loss of institutional memory and there are danger signs that that is exactly where we are as we move to adopt the first joint fisheries statement and fisheries plan under the new regime.

The Fisheries Act, the Joint Fisheries Statement, and fisheries management plans, are important steps forward towards a more agile and effective fisheries policy than we have been used to than under the CFP. The NFFO will now scrutinise the JFS and comment appropriately. But hard lessons over the years suggest that words in a legislative or policy text often tell us little about how the measure will be implemented and the real-world consequences. It will be important to stay engaged, stay united and prepare for what contingencies arise, whether from the political sphere or from the complex nature of fishing itself.

The objectives in the Fisheries Act are:

(a) the sustainability objective,

(b) the precautionary objective,

(g) the national benefit objective, and 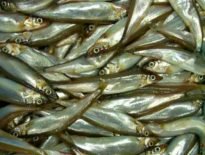 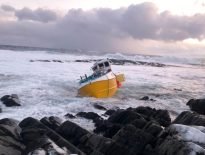