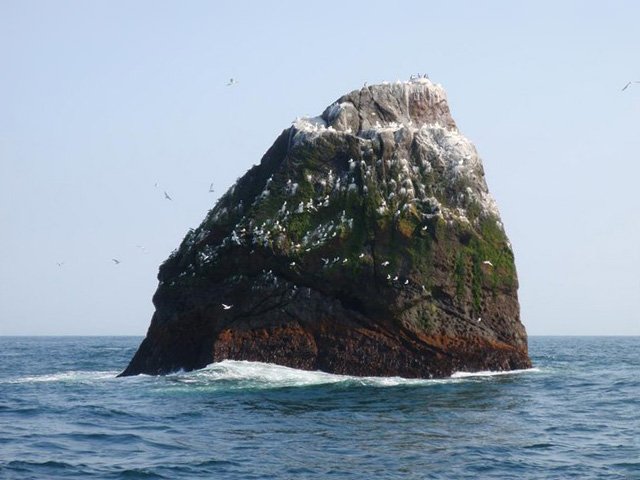 It’s been clear to fishermen that the Irish Government has no stomach for the Rockall fight, writes the IFSA

It’s been clear to fishermen that Irish governments down through the years have shown much weakness when it comes to defending the rights of the Irish fishing industry against all comers, writes Cormac Burke, Chairman of the IFSA.

We don’t have to look too far back to see how the outcome of the BREXIT deal shafted Ireland in corrupt EU/UK negotiations where Irish fish stocks footed the bill for the EU’s fisheries compensation to the UK – a deal in which the Irish fisheries minister claimed he had fought “tooth and nail” (if this is the result of a huge effort, God knows what we’d have finished up with if he wasn’t trying…).

But to rub salt into the wound, this was followed by the UK (Scottish authorities) setting about enforcing a claim to Rockall by boarding and expelling Irish fishing vessels from these waters – declaring “enforcement action” would be taken against any future fishing efforts there by Irish vessels.

At that time, and ever since, Sinn Fein fisheries spokesperson Padraig MacLochlainn TD has voiced the anger of Irish fishermen in describing this situation as outrageous and he continues to call for action from the Irish government.

But the sounds coming from Minister for Foreign Affairs Simon Coveney and Minister for Agriculture, Food & the Marine Charlie McConalogue do not inspire confidence that the Irish Government have any plans to ‘go to war’ to defend its fishermen.

“We need to take the heat out of the situation and look for solutions, that’s diplomacy,” said Minister Coveney last year when announcing Ireland wouldn’t be sending the Irish Navy to defend its fishermen.

Meanwhile Minister McConalogue added that the issue is ‘very important’ to him and one on which “I have worked hard to make progress”, adding: “The seafood task force report estimated the impact of the loss of the Rockall squid fishery is worth €7.7 million to Ireland and as a result I extended the tie-up scheme to cover vessels that could not participate in the Rockall squid fishery”.

To me both of these ministerial statements indicate a weak dealing of the situation – even a ‘cop out’ to some extent – in international political terms, such watery statements will hardly have anyone quaking in their boots.

Minister Coveney saying diplomacy is the way to go, and Minister McConalogue offering a substitution for fisheries lost by including these vessels in a small compensation scheme – neither statement shows an ounce of defence of the State or that the Irish Government has the slightest intention of taking any ‘tough stance’ on Ireland’s rights to the lucrative stocks of fish at Rockall.

Ireland’s fishing efforts at Rockall are not recent and I myself fished there in the mid to late 1980s (MFV Salve Regina) along with many other Irish vessels, a few Scottish ones and an occasional Russian trawler – all of which often enjoyed 300-box bags of haddock, cod and saithe, with the bonus of the short squid season.

It is frightening to hear Minister McConalogue make the statement that Ireland has “never made any claims to Rockall” – as this is almost an excuse for Ireland not now to defend its case against Scotland declaring a 12-mile exclusion zone around it.

Despite the Irish Government stating that Ireland does not ‘formally recognise’ the 12-mile territorial sea around Rockall imposed by Britain, issuing statements to the effect of “we’ve been in contact with Scottish and UK authorities in 2021 and we’re intensively seeking to address the issues involved” – it’s hardly throwing down the gauntlet or showing even the merest attempt at defending Ireland’s claim.

Why is the Irish Government not raising hell over this situation?– in the way France or Spain would defend their fishermen if they felt they had a just case, particularly given the fact that this issue has the backing of the UN convention on the law of the sea (UNCLOS) who stated in 1982: “Rocks which cannot sustain human habitation or economic life of their own shall have no exclusive economic zone or continental shelf”.

And, as if another reason was needed, there is also a strong case that this area is in fact part of EU fishing waters more so that British.

Is the Irish Government going to allow the Rockall situation to become another ‘fait accompli’ just as the BREXIT deal became? – just sit back and do nothing until it’s all too late and then issue a statement to say “sorry lads, we tried but failed” – this is not good enough and it is beholden on this Government to, for once at least, defend the rights of Irish fishermen and of all citizens of this country.

Possession of Rockall, 386km (240 miles) west of the Scottish mainland, was for many decades deemed imperative to generate claims to the vast tracts of surrounding fisheries and the oil-rich Atlantic seabed.

The British navy annexed the rock in 1955 and, the 1972 Island of Rockall Act, passed by parliament, formally declared it to be part of Inverness-shire, even though the nearest permanently inhabited settlement is 367km (228 miles) away on North Uist in the Outer Hebrides – however, the UNCLOS statement of 1985 undermined these claims and officially no country nor State presently officially holds sovereignty over Rockall.

But this did not stop Fiona Hyslop, Scotland’s cabinet secretary for external affairs, from issuing a statement early last year that vessels would be deployed to take ‘enforcement action’ against Irish vessels found fishing within 12 miles of Rockall commenting that “non-UK vessels have never been allowed fish in the UK’s territorial sea around Rockall and, despite extensive discussions with Irish authorities, it’s disappointing this activity continues” and concluding that “this ‘illegal activity had increased and must be brought to a halt”. 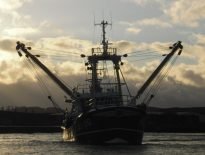 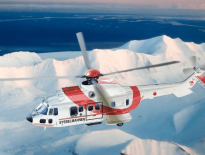