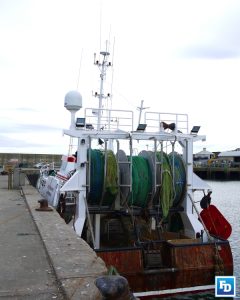 The Irish Fishing and Seafood Alliance has hit out at the European Union and the Irish Government over the decades of disrespect suffered by the hard-working fishing communities of Ireland.

In a statement today, the IFSA writes:

Come into my parlour said the spider to the fly…

The EU (formerly E.E.C.), and all that it entails has, many would believe, been an economic boost to the nation of Ireland since we joined in January 1973.

However, a glance towards the Irish fishing and seafood industry would indicate otherwise as the ‘invitation’ to participate in a Europe-wide economic programme turned out to be an extremely one-sided affair and nothing like the ‘all parties to benefit’ scheme that Ireland was initially sold.

Back in 1973 the Irish government took the strategy of putting farmers before fishermen in its EU accession treaties – reasonable some might say as, at that time, the fishing industry was a mere 1% of GDP compared to agriculture’s 35.8% – but, with respect to the farming community, this was a decision that would come back to haunt Ireland. It is now clear that in real terms the loss of access for Irish fishermen to one of the most productive waters in the world was a monumental error.

The fact, still remaining true today, that while Ireland physically owns almost 11% of EU waters it is only allocated less than 4% of EU fish quotas should in itself have been enough to set alarm bells ringing at that time.

Even twenty years ago, Economist/journalist David McWilliams calculated in the Sunday Business Post (15th December 2002) that the real loss to Ireland’s fishing industry was more in the region of €70 to €80 billion (a figure calculated by subtracting the total value of the total catch in Irish waters 1973 to 2002 (€120bn) from our direct transfers back from the EU (€40bn).

Today we are a further 20 years down that line and the loss to Ireland’s marine resource continues – indeed with the apparent meek acceptance by the Irish government of the recent outcome of Brexit, the country is set to lose far more than just money but the very lifeblood of the nation’s coastal communities which faces annihilation as a result.

Death by a thousand cuts

For decades the Irish fishing industry has had to endure endless cuts – usually decided at the ‘horse trading’ meeting every December when the EU Fisheries Commission decides on the fish quotas for the coming year.

In theory these decisions are based on scientific advice (ICES) but fishermen have long since become disillusioned with this process as a scientific recommendation to reduce the quota of a species is seized upon by the Commission and a 30% immediate reduction follows, whilst a positive report on some species, by the same scientists, is generally ignored by the Commission.

Irish fishermen do not have a problem with scientific advice and they wholly agree with the need for fisheries and stocks to be managed in a sustainable manner – but it is the frustrating manner in which this scientific data is manipulated by the EU Commission to always result in the industry taking another ‘hit’.

And so, in a bid to match the size of the fleet with the size of the ever-reducing quotas, an EU decommissioning program was introduced which basically paid vessel owners to scrap boats, take a pay-off but never be allowed to work in the industry again.

This scheme saw Ireland lose one-third of its fishing fleet and, according to latest figures available (EU CFP Report 2020), Ireland’s fleet size today makes up a mere 2.4% of the total EU fleet – an incredibly small number of vessels given that Ireland physically owns 11% of the EU fishing area.

Ireland’s track record of being ‘shafted’ is set to continue, and worsen, largely as a result of Brexit and the hugely disproportionate ‘grab’ of the stocks that are vital to the Irish industry.

And the response by the EU Commission to Ireland’s outrage at losing millions of euros per year for the next five years, is to once again make available a ‘pot’ of money – and thereby hinting at another fleet decommissioning scheme which will even further reduce Ireland’s 2.4% EU fleet, the numbers of Irish fishermen and as a result, eventually decimate the economies of rural coastal regions.

Indeed, the huge financial losses per year to the industry is being played down by Ireland’s Minister and his Dept. of Marine while the IFSA (Irish Fishing & Seafood Alliance) analysis points to a much bleaker reality. The correct assessment arrives at a total value loss to the country’s marine resource and the seafood industry that is multiples of the Government’s current calculations.

The devil in the detail

Ireland’s important species quotas have been hit with a cumulative 15% reduction. However, individually some cuts are as high as 60% in respect of certain whitefish (demersal) quotas.

And, although not as high value as mackerel, the Irish Sea herring fishery is a stark example of what has happened since January 1st 2021 – with the previous UK-Ireland quota share at 74%-26% to now become 99%-1%…

But it is the high value Irish mackerel (pelagic) and prawns (nephrops) sectors that are being hardest hit and, it would appear, when a Brexit ‘deal’ was being formulated, it was decided that if there was a target total amount of money to be wiped off Ireland’s share of the burden then the easiest thing for the EU ‘number crunchers’ to do was to look at Ireland’s highest value fisheries and hit them hardest to balance the EU accounts as quickly as possible.

Among the many other questions that has arisen with the impact of the UK’s exit from the EU is that of who on the Irish government ‘team’ signed off on such a deal and how did they believe it to be in any way acceptable for the Irish fishing and seafood sectors?

There must be at least some level of accountability in this situation – who ‘represented’ Ireland’s case? What questions did they ask? What demands did they make? And, most importantly, why did they not completely reject any such proposal?

Time will tell if the Minister or his officials will issue any statement to address these questions or even attempt to explain how any such agreement was reached without consultation with the industry’s representative bodies.

The Irish industry has long been sceptical of the entire structure of the EU’s Common Fisheries Policy (CFP) – a regime which has been seen as a major failure both in its implementation and management of the industry, and although infamous for its inflexibility has, in almost a case of ‘in spite of it rather than because of it’, aided the programme that has seen some north-east Atlantic and adjacent waters’ stocks go from an official status of ‘overfished’ to a trend of ‘within MSY’ (maximum sustainable yield) – source: EU CFP Report 2020.

And so, whilst the Irish fishing industry is not ‘anti EU’ it is certainly anti the ‘shenanigans’ that have over many years seen Ireland bringing the most in terms of a marine resource to the EU table, only to be continually told to be happy with the few crumbs from this table that it is given back in return.

As George Orwell once wrote, ‘everyone is equal but some are more equal than others’ and it is a bitter pill for Ireland to now be told that its share of the burden of the loss of quota by the EU to the UK will be the highest of all of the EU nations in a deal agreed between the EU and UK in the final week of Brexit wrangling – during which time EU negotiator Michelle Barnier was busy making sure his fishermen back in France would not be the ones shafted with any major losses.

Being an industry comprised of many smaller industries and sectors, it is a rare occasion to see any form of unification in Irish catching and seafood sectors but the outrage at the EU Commissioner’s recent statement more or less that “Ireland would have to like it or lump it” has stirred anger from every corner of an industry that not only feels a great injustice but one that was already near breaking point.

This has not been helped by the Irish fisheries minister Charlie McConalogue issuing a public statement that despite an immediate impact of at least 15% on the Irish fishing and seafood industry the deal was “better than no deal at all”.

I think many thousands of Irish people may disagree with you Minister….

Cormac Burke, Chairperson of the IFSA 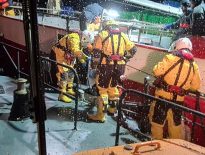 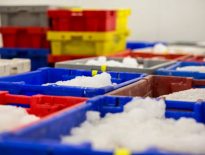 Featured News Time for action, warn seafood processors ahead of …
0