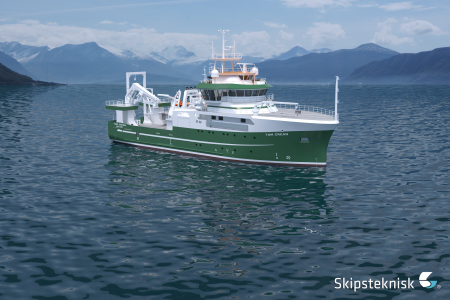 Due to be completed in summer 2022, the new state-of-the-art multi-purpose marine research vessel will carry out a wide range of marine research activities, including vital fisheries, climate change related research, seabed mapping and oceanography.

The new 52.8 metre modern research vessel, which will replace the 31 metre RV Celtic Voyager, has been commissioned with funding provided by the Department of Agriculture, Food and the Marine approved by the Government of Ireland.

Ireland’s new marine research vessel will be named the RV Tom Crean, after the renowned seaman and explorer who undertook three major ground breaking expeditions to the Antarctic in the early years of the 20th Century which sought to increase scientific knowledge and to explore unreached areas of the world, at that time.

Minister for Agriculture, Food and the Marine, Charlie McConalogue TD said, “I am delighted to announce the name of Ireland’s new marine research vessel is the ‘RV Tom Crean‘, acknowledging the contribution of a legendary Irish Explorer. The new vessel will enable Ireland to undertake critical research work which will support many of the projects outlined in the Programme for Government including fisheries assessment, offshore renewable energy, marine spatial planning, marine protected areas and addressing the challenges of climate change.”

The new marine research vessel will provide a year-round service for expanded fisheries surveys, seabed mapping, deep water surveys and support increased research in the Atlantic Ocean. The new vessel will enable 300 operational days at sea each year, and up to 3000 scientist days per year. The new vessel will also enable the Marine Institute to continue to lead and support scientific, high quality surveys that contribute to Ireland’s position as a leader in marine science. 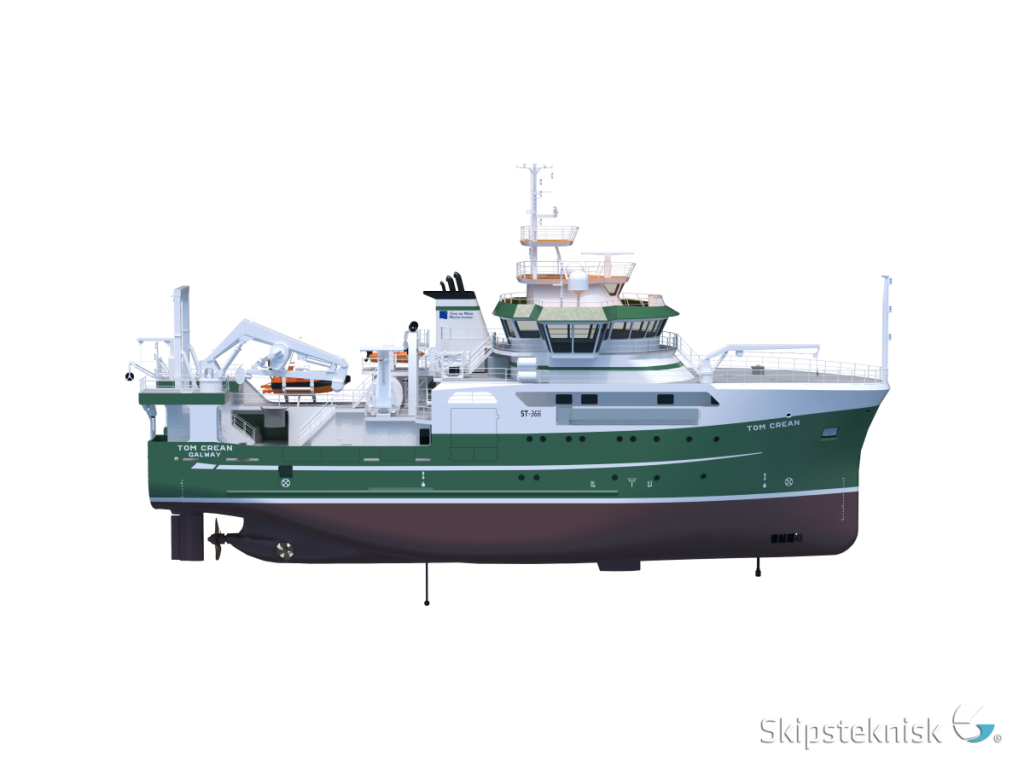 A computer simulation of the new research ship

A native of Annascaul in Co Kerry, Crean volunteered for Robert Falcon Scott’s Discovery expedition in 1901 and for his Terra Nova expedition in 1910. During the Terra Nova expedition, Crean made an 18-hour solo journey in desperate conditions to save the life of a fellow crew member and was awarded the Albert Medal for his acts of heroism. In 1914, he joined Ernest Shackleton on the Endurance expedition and, again, he proved himself to be a much-trusted crew member and someone capable of great endurance and heroism.

Dr Paul Connolly, CEO of the Marine Institute said, “The decision to name Ireland’s new research vessel after Tom Crean honours his achievements and gives due recognition to an Irish explorer of international renown. The Institute greatly appreciates the support of the descendants of Tom Crean in this decision. This naming decision also reflects the values of the Marine Institute, the collaborative efforts and achievements of its staff, particularly the service provided by all staff who go to sea.” 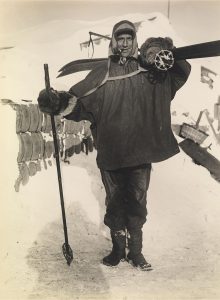 Tom Crean all dressed up in his skiing gear circa 1911 on the Terra Nova Expedition. In all, Tom Crean took part in three expeditions to Antarctica

Speaking on the announcement today, granddaughter of Tom Crean, Aileen Crean O’Brien, on behalf of the family, said: “We welcome the decision by the Irish government and the Marine Institute to name their new marine research vessel after Tom Crean, of whom we as a family are very proud.”

The new vessel will replace the RV Celtic Voyager, which was Ireland’s first purpose-built research vessel and was commissioned in 1997. It has been vital in providing marine scientists, researchers, and its crew members with many years of valued experience at sea, expanding and strengthening marine science in Ireland to help inform decisions affecting our oceans. It was joined by its 65-metre sister RV Celtic Explorer in 2003.

The construction of the new national research vessel continues on schedule in 2021 at a total build cost of €25 million, with the build process expected to be completed by summer 2022. Spanish shipyard Astilleros Armon Vigo S.A. were awarded the contract to build Ireland’s new state-of-the-art marine research vessel in 2019, following the completion of the design by Norwegian ship design consultants Skipsteknisk AS.

The new research vessel will be a modern, multipurpose, silent vessel, capable of operating in the Irish Exclusive Economic Zone (EEZ). The new vessel will be able to go to sea for at least 21 days at a time and will be designed to operate in harsh sea conditions. Based in Galway, the vessel will be used by the Marine Institute, other state agencies and universities to undertake fisheries research, oceanographic and environmental research, seabed mapping and other multidisciplinary surveys. It will also maintain and deploy weather buoys, observational infrastructure and our Remotely Operated Vehicle (ROV) Holland I.

It will be designed to incorporate the latest proven technologies to ensure that it operates as efficiently as possible, ensuring minimal fuel consumption and minimising the vessel’s environmental impact and carbon footprint. 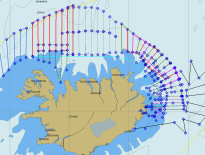 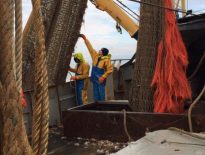