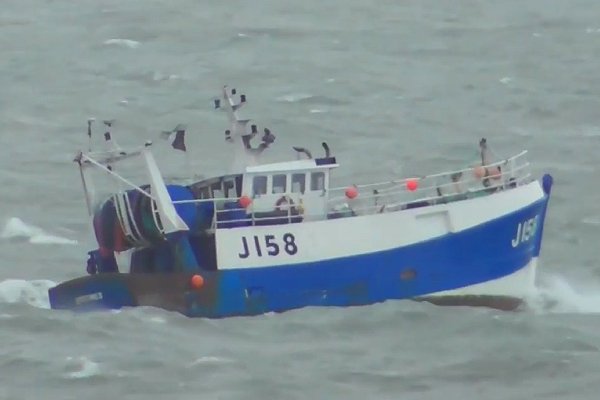 The Ports of Jersey Authority has announced that an investigation has been commissioned into the circumstances which lead to the Jersey fishing vessel l’Ecume II and the ro-ro freighter, Commodore Goodwill colliding in the early hours of Thursday morning west of the island.

The 18-metre l‘Ecume II with skipper Michael Michieli and his two crewmen from the Philippines sank immediately at around 5.30am on the morning of Thursday 08 December last.

The Jersey Coastguard coordinated a search for the missing fishermen and the wreck of the l’Ecume II was located on the seabed in 40-metres of water in the immediate vicinity of the accident on the same day.

Yesterday’s search for the three fishermen ended unsuccessfully and today the search operation has now bcome a recovery operation.

Also involved in the search are Channel Island Air Search, Ports of Jersey’s pilot boat, and the Government of Jersey’s Fisheries rib.

The Ports of Jersey Authority released a statement on the incident saying:

“An investigation has been commissioned by the Minister for Economic Development, Tourism, Sport and Culture in accordance with Jersey’s Shipping Law 2002. Maritime Standards, part of Ports of Jersey, are leading that investigation with support from the States of Jersey Police. Ports of Jersey can also call on external organisations, like the UK’s Marine Accident Investigation Branch, if any extra technical expertise is required.

“A parallel safety-focused investigation is being run by the Flag State for the Commodore Goodwill (Bahamas Maritime Authority) in collaboration with Jersey, as the Coastal State party.”

The National Federation of Fishermen’s Organisations in a statement said:

“The loss of the Jersey vessel, l’Ecume II, is a devastating blow for the island community and for the South-Western Fish Producer Organisation, through which the vessel was a member of the NFFO.

“As the search continues, efforts will be made to understand the causal factors behind this tragedy. In the meantime, our thoughts are with the families and friends of the skipper and two crew members.”

The Government of Jersey have notified the public that an exclusion zone has been placed around an area of open water in St Ouen’s Bay which was the site of a collision between a fishing boat and the Commodore Goodwill.

A Ministerial Decision has been signed by the Minister for Economic Development, Tourism, Sport and Culture, Deputy Kirsten Morel, prohibiting the passage of any vessels and diving, fishing, laying of static gear and trawling activity.

Deputy Morel said: “The purpose of implementing an exclusion zone is to effectively limit the activity in the immediate area only to those with the professional expertise and authority to properly examine the area.

“The French, Guernsey and Jersey’s emergency services and many fishing vessels, private vessels, drones, lifeguards, and honorary police officers have been involved in the search all day, and I am very grateful to them for their efforts. My thoughts and prayers go out to the family and friends of everyone involved. We live in a close-knit community where the emotional impact of an incident like this is felt by many Islanders.” 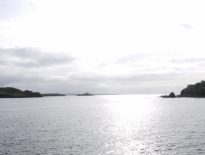 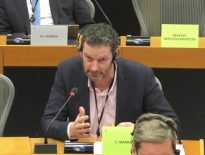