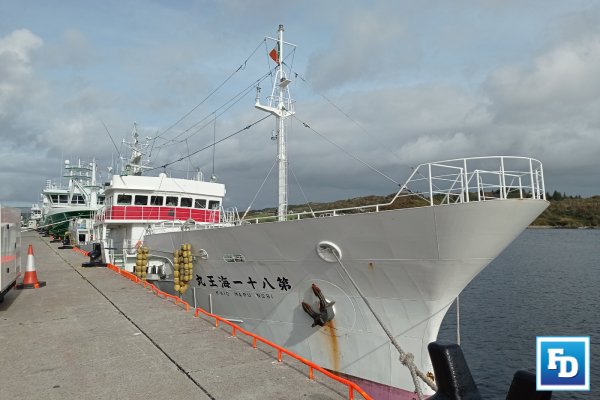 Thousands of miles from home in an Irish harbour, eighteen-hour days on deck, six more months left before he returns home to Indonesia, and he will spend Christmas and the New Year fishing at sea, just over 200 nautical miles off the Irish coast.

That is the life of a migrant fisherman onboard a Japanese tuna boat.

Yesterday, I was fortunate to bump into a few foreign visitors to Killybegs. They were three Indonesian fishermen who are working onboard the Japanese-registered ‘Kaio Maru No 81’. The 50-metre longliner is in Killybegs refuelling after an eighteen-day crossing of the Atlantic from Rodman in Panama, Central America. The crew endured a rough spell of weather and cold unlike they felt before but were in good spirits and happy to be on dry land with access to Wi-Fi so they could call back home to their families.

The ‘Kaio Maru No 81’ is owned by Kaio Maru Gyogyo Co. Ltd based in a city called Minamisse-Cho in the Watarai-Gun district on the west coast of Japan. The company owns a fleet of Kaio Maru named vessels which fish for tuna around the world. 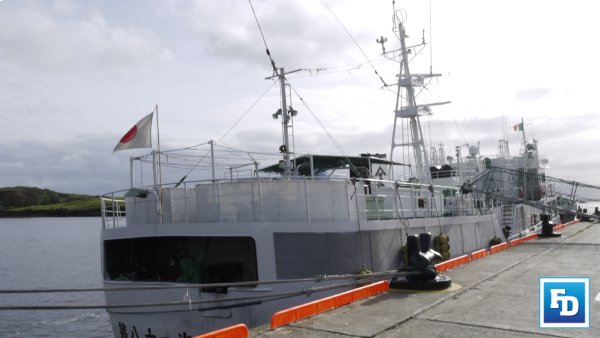 Marky (not his real name as he wished to remain anonymous) told me of his life onboard the fishing vessel which has taken him over 12,000 nautical miles from home.

He has been onboard the ‘Kaio Maru No 81’ now for six months of his year-long contract. For that time the boat was fishing off the coast of Peru but has now been transferred to the Atlantic Ocean to fish Northeast Atlantic Bluefin Tuna which are migrating after spending the summer feeding in the waters off Ireland.

The ‘Kaio Maru No 81’ uses drifting longlines to catch the tuna. When the fish is caught, it is blast frozen and stored in one of four freezers onboard the boat. The boat can blast freeze a tonne of tuna per day. The 2014 built ‘Kaio Maru No 81’ is licenced to make transfers at sea, so it can offload its catch onto a reefer ship if it wishes and carry-on fishing at sea.

The ‘Kaio Maru No 81’ will spend the next six-month in the northeast Atlantic fishing, and Marky, along with his 23 other crew mates will be subject to gruelling 18 hours shifts each day as the set and haul longlines.

The work is “very hard” says Marky but he is looking forward to earning some good money he can take back home to help build a better life.

Asked, what will he do when he gets home to Indonesia, Marky said, “We will have a big party with many friends.”

As we were talking another Japanese-registered vessel, the 48-metre long ‘Chokyu Maru No 7’ also entered Killybegs Harbour to refuel after its trip across the Atlantic. Built in 1992, it is also drifting longliner which is joining the fleet of tuna boats fishing just outside the Irish EEZ in International waters.

The vessel is owned by Yugen Kaisha Chokyu from the town of Minamiharimaya-Cho in the district of Kochi-Shi, but fishes from Muroto, Japan. The ‘Chokyu Maru No 7’ is manned by 25 crew members, mostly from Indonesia, like the ‘Kaio Maru No 81’. 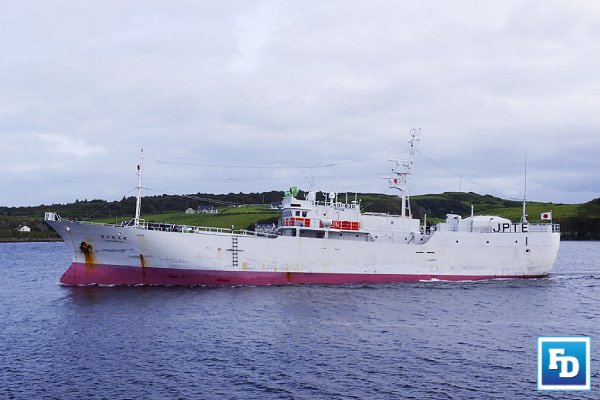 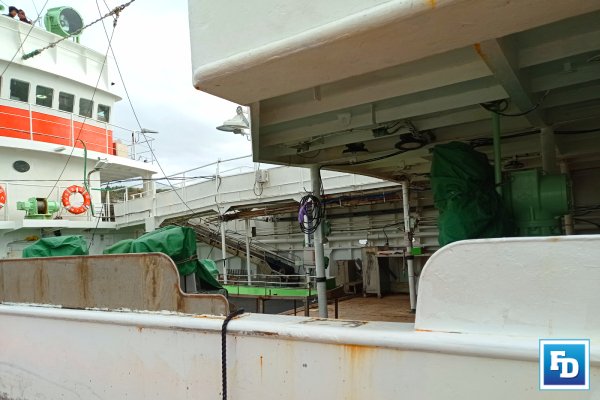 The work deck of the ‘Chokyu Maru No 7’ 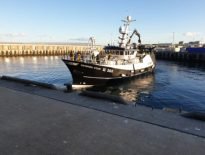 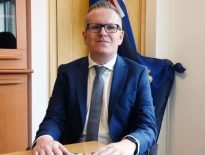