Improvement in mackerel catches for Norwegian fleet in week 43/2022 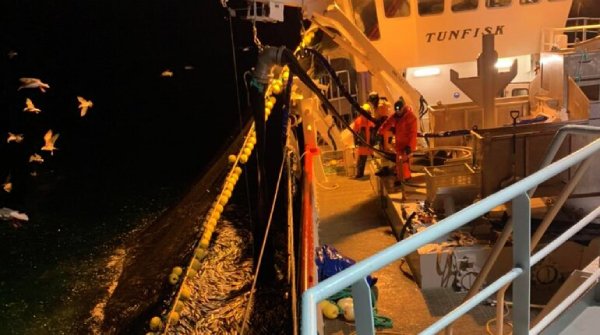 Good fishing on NVG herring and a recovery on the mackerel for the Norwegian fleet reports Norges Sildesalgslag for week 43. Photo: M/S Tunfisk

Good luck on the NVG herring and recovery on the mackerel this week reports Camilla Klævold, Communication Advisor with Norges Sildesalgslag for week 43 of 2022.

NVG herring
Fishing for NVG herring was very good at the beginning of the week with Tuesday being the best day with well over 16,000 tonnes registered in the log. Then the fishing calmed down a bit for a few days before we got a steady tide over the weekend.

Before the weekend, the herring had also made their way into the fjords, so while the fishing at the start of the week mainly took place out in the Norwegian Sea, it moved closer to land as the week progressed. The fleet has been fishing beyond the fjord lines in Kvænangen this weekend. Here there have been good catches with nice herring. A total of 53,000 tonnes of NVG herring have been registered this week, of which 38,200 are for consumption, 14,600 for flour and oil, and 215 tonnes have been locked up.

In the time to come, we envision a steady fishery for NVG herring and the smallest fleet will probably be in place in Kvænangen within a week’s time.

Mackerel
After a few weeks of little activity on the mackerel, things picked up this week and a total of 16,557 tonnes have been recorded in the journal. The fishing took place at Storeggen at the start of the week and took place in the North Sea closer to the weekend. It is gratifying that the mackerel is once again visiting the North Sea and we hope for more catches from this area. The fish in the North Sea has been somewhat smaller, but the quality is very good. Single catches of up to 450 tonnes have been recorded.

A number of mackerel have also been landed from foreign vessels this week, fished in the British zone.

The coastal fleet is getting close to finishing the mackerel quotas, but there is still good fishing for those who are active.

Kanten
There have been nine vessels in activity on Kanten this week, and a steady decline in fishing has been recorded. In total, 121 tonnes of horse mackerel, 1,497 tonnes of blue whiting, 126 tonnes of North Sea herring, 177 tonnes of stream herring and 854 tonnes of pollock have been registered.

Coastal sprat
This week we have had activity on sprat fishing in the Åkrafjorden, which is a side fjord before Hardanger, mainly from two vessels and a last one that got underway towards the end of the week. The quality of the sprat is very good and 229 tonnes of fine catches for consumption have been delivered to Skude. Mainly 100/kilo with two layers of sprinkling.

The fish have now spread out a bit, but we hope they will gather again and that there will be more activity in the area.

Improvement in mackerel catches for Norwegian fleet in week 43/2022 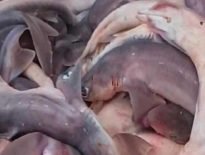 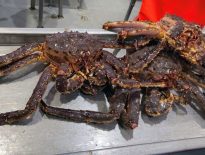