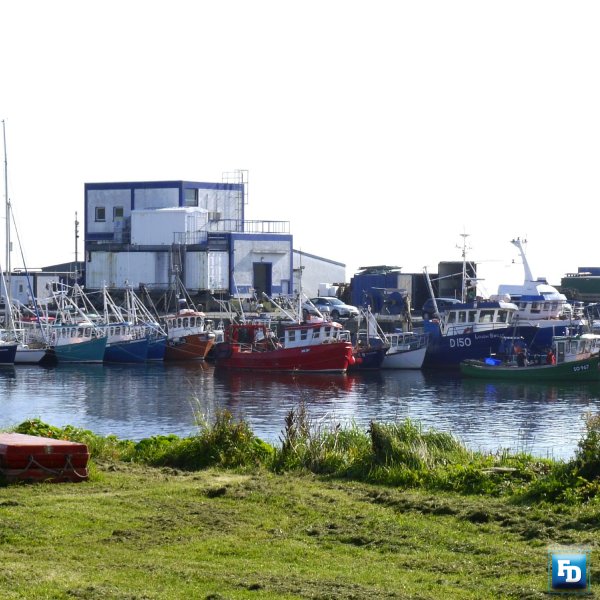 Irish Fishing and Seafood Alliance Chairman Cormac Burke has hit out at the Government over allowing Minister for Agriculture, Food and the Marine, Charlie McConalogue TD to continuously mislead the Irish public on what he is doing for the Irish fishing and seafood industry.

Minister McConalogue appeared on the RTE political programme Prime Time, broadcast on Thursday August 25 last, to answer questions regarding the state of the Irish fishing industry.

Minister McConalogue insisted that he was working with other EU fisheries ministers and the Commission to get a better outcome for Irish fishermen, but at the same time welcomed a decommissioning scheme that will wipe out up to sixty whitefish boats from the Irish fleet.

As the Russian invasion of Ukraine drove the price of fuel oil skywards, the issue was recognised by the EU Commission who gave special derogation to Member States so they could aid their fishing industries through fuel subsidies. France and Spain were quick to act to protect their fishing interests, but the Irish Minister took the view of assessing the situation, which is still currently being assessed.

This has drawn the ire of Irish fishing. As Irish boats are tied up in harbour, French and Spanish boats are 12nm miles off the Irish coast, catching Irish fish and sending them back to their home nations.

Coupled with the Minister’s failure to intervene and resolve major issues with the Sea-Fisheries Protection Authority, he has found himself at the sharp end of frustration from the industry.

Thursday night’s Prime Time appearance has been held up as another indication of the Minister’s disconnection with the industry.

This has been reflected by the IFSA Chair who writes:

What does it say about the current coalition Government when they seem willing to allow their own ministers to continue to mislead the people of an industry, and the general public, while the true facts are clear to be seen?

Even in just the past couple of years this situation has been evident:

“We fought tooth and nail for Ireland’s fishing industry during the BREXIT negotiations” – Minister Charlie McConalogue’s statement regarding his, and his DAFM civil servants’, efforts – clearly not true given the disastrous outcome;

* “Ireland has received 600m euros from the EU BAR fund to help ease the burden on our fishing industry as a result of BREXIT” – Minister McConalogue — another falsehood as Ireland did indeed receive this money but, under advice from senior DAFM officials, Ireland is the ONLY EU member state not to hand out a single cent to fishermen or processors in actual compensation but instead entangled this money up in red tape and in schemes such as tie-ups and fleet decommissioning;

* “No other EU nation is subsiding the fuel costs for their fishing industry” – as recently as July the Minister kept telling the media that this was the reason that Ireland would not help the fishing industry in the fuel cost crisis, even though the IFSA continually highlighted at the time that Spain and France were indeed assisting (and continue to do so) their fishermen with fuel costs (with subsidies as high as 35c per litre);

* “There is no relationship between my DAFM officials and the management of the Sea Fisheries Protection Authority (SFPA)” – a statement that the Minister has repeatedly and publically made over the past two years and which has now been proven untrue with the fact that it transpires that the DAFM and SFPA have been holding meetings at least twice a week for the past year or more;

* “I regularly bring up the case with the EU Commission of Ireland’s suffering as a result of quotas lost because of BREXIT” – the Minister attempting to show how hard he is defending the Irish fishing industry when in fact the industry delegation that met with senior officials of DG Mare in Brussels last spring were told that Ireland had not made any genuine workable proposals to the Commission in this regard;

* “Following on from my Seafood Task Force group, I have now established a CFP Review group” – the Minister trying to look busy in the eyes of the public but failing to tell them that both the EU Fisheries Commissioner AND the head of DG Mare have made it abundantly clear that there will be NO overhaul or review of the Common Fisheries Policy and a simple CFP operational report is all that is expected to be undertaken;

* “I am constantly working with ‘fishers’ and fishing organisations” – the Minister in reference to the Seafood Task Force group and the CFP review group that he established – groups with carefully hand picked members who are not even allowed express any strong opinions on important matters.

The Minister went as far as to say (in his opening address at the Skipper fisheries show earlier this year) that fishermen shouldn’t worry as a decommissioning scheme was “on the way” – said with a big smile as if he was delivering some kind of great news to the industry.

The fact is that, under the term of this Minister and his Dept officials, instead of Ireland having a quota to fit the fleet, we are now going to be left with a fleet to fit the (reduced) quota and, given the track record of our current ‘managers’, further reductions in quota will lead to further reductions of our fleet size in an ever-decreasing circle with only one inevitable outcome.

One can only hope that An Taoiseach was watching this Minister on RTE’s Prime Time last week as he bungled his way through an interview in which he attempted to avoid the questions of a reasonably good interviewer and, in his statements, did his best to mislead the general public that he and his Dept officials “are doing everything for ‘fishers” when the facts would indicate quite the opposite.

Even members of the public with no knowledge of this industry could clearly see that here is a man, and a Government, with no plan or strategy to help or support the fishing sector — everything is about fire-fighting and trying to deal with each crisis as it comes up, instead of taking the same stance as other fishing nations such as Holland, France, Belgium and Spain who are fighting for their fishermen at the highest EU levels and, in doing so, are not getting shafted at every opportunity.

As a result of Ireland’s incompetent Minister and DAFM officials, in presenting a weak case during BREXIT, these same people are trying to cover up the fact that providing a fleet decommissioning scheme is a good deal when in reality it has only become a necessary deal because they were largely at fault for Ireland’s losing so much quota in the first place.

Two years as Minister for Agriculture, Food & Marine and over 22 years under the yoke of the same two senior civil servants at the DAFM, in tandem with an incompetent SFPA, has been a ‘perfect storm’ situation for all sectors of the Irish fishing industry of inshore, demersal, pelagic, processors and seafood retailers and if our Taoiseach continues to stand idly by and watch these people, people under his control, dismantle this industry then he can have no complaints when the populations of the coastal regions have their vote at the next election.

In the words of Winston Churchill, our people need to be led and not misled !” 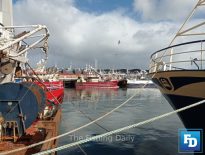 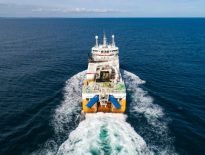