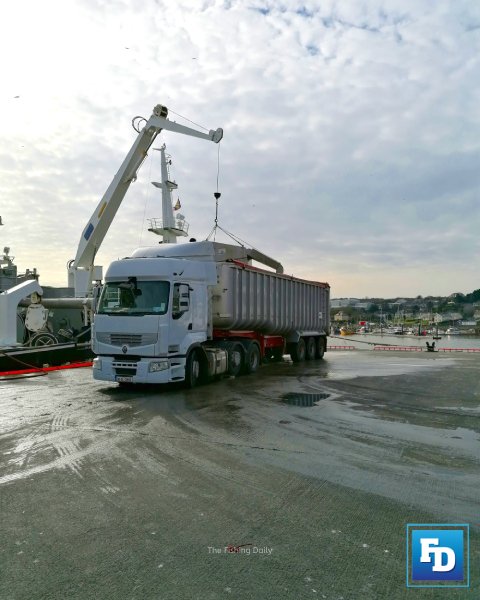 “SFPA throws pelagic industry into chaos – again!”, “Minister guilty of contempt of court ruling”, are the headlines from the Irish Fishing and Seafood Alliance (IFSA) Chair, Cormac Burke this morning.

The country has been left red-faced once again in front of other EU Member States as the incompetent handling of the sea fisheries control plan is once again news.

In his article this morning the IFSA Chair writes:

“With the annual mackerel season practically over and the blue whiting fishery in its final few days, Killybegs SFPA officers, under instruction from their management, this week restarted their previous style of operation of monitoring pelagic landings which includes the allowance of only 2% water in transportation tankers and, most importantly, refusing to employ the use of the state-of-the-art pelagic flow scales – despite being ordered to accept this device by a previous High Court ruling.

Indeed, the SFPA (Sea Fisheries Protection Authority) went a step further by informing one pelagic skipper that all previous monitoring records of landings via the pelagic flow scales system were now “null and void”

To clarify the background on this, on February 4th this year, following protracted disputes between the monitoring authority and the industry – during which the High Court ruled against the SFPA in their refusal to use the industry-owned pelagic flow scales for random monitoring – a meeting took place between all pelagic industry representatives and the SFPA...”

All masters of vessels were to be given these choices once they were notified of a monitored landing.

Then, on the early hours of Sunday 6th of March, and without any prior consultation with the industry, the SFPA revoked the notice of February 4th.

The fact that this sudden change of a formally agreed schedule that seemed to be working well was made, just 14 hours before an important EU monitoring audit was about to begin, raises huge questions as to who made this decision and why at this exact time?

This is bizarre behaviour on the SFPA’S part at the very least and left the pelagic fishing and processing industry in complete confusion.

The revised notice did not include the use of the pierside weighing system (pelagic flow scales) as a recognised system for carrying out monitored landings and basically it had reduced the system to a de-watering box.

This is despite an earlier High Court order from Justice Simmons instructing its official use as an authorised verified system of weighing of bulk pelagic landings.

Therefore, just before an important EU audit commenced in Killybegs – the actions of senior management in the SFPA have thrown the entire process into confusion and displayed yet again total ineptitude on their part.

But one cannot help but think that this is not as excusable as just ineptitude- the strategy to assist in setting up another failure can only be seen as intentional on their part.

Reportedly the consultative committee of the SFPA met the previous Friday (March 4th) and reached this decision to begin implementation of their new regime (or should I say, renewal of their old regime) on Sunday 6th March, without any notice given to the industry means that there was a clear intention to totally mislead the pelagic sector by the management of the SFPA and to create as much chaos as possible.

The fact the original, and widely accepted arrangement of February 4th was drawn up and agreed to by the former SFPA director Tim Donovan might be a factor here and his sudden departure has really never been fully and creditably explained.

One basis for the disposing of the previous agreement between the SFPA and the industry is centred on a letter written by Minister McConalogue of the 21st December 2021 to the EU Commissioner in which he (the Minister) seems to have completely sold out the Irish fishing industry by openly stating that he has committed Ireland to only using “non-industry owned and non-industry operated” weighing systems for monitored landings.

By making such a statement the Minister has clearly put himself in contempt of the High Court order of Justice Simmons who has already ruled that the monitoring authority MUST ACCEPT the pelagic flow scales system (regardless of whether it is owned by the industry or not).

More perplexing is the fact that no regulation exists in the EU that compels or requires a Member State to having non industry owned weighing systems and no restrictions are set on who owns any such system.

The result is that the management of the SFPA are setting a crazy precedent here that can and will have implications over time for every sector of the Irish fishing industry – at present it is pelagic but in time it will also cover the whitefish and shellfish sectors.

Charlie McConalogue has been either stupid or reckless and his letter to Commissioner Sinkevicius confirms that fact and now that he is exposed for attempting to use the EU Commission to bypass an Irish High Court ruling, then surely his position as Minister must be questioned.

It’s also worth noting that this is the same minister who repeatedly tells the industry that neither he nor his officials at the Department of Agriculture, Food & Marine (DAFM) have any involvement in the management or operations of the SFPA – clearly his letter to the EU Commission and these recent events make a mockery of this claim and confirms what the industry has known for many years i.e. that the SFPA are completely under the management and control of the senior civil servants at the DAFM.

The upshot of all of this is – the SFPA are back to their dysfunctional ways – the short period of enlightenment is over – it’s the old ways of the SFPA once again and that can only ever lead to chaos, confusion, and ultimate failure 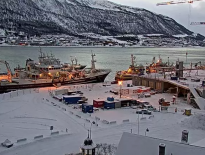