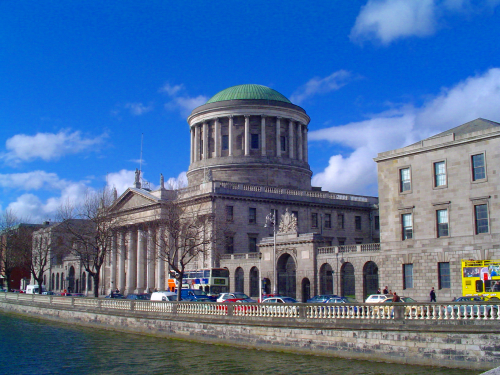 The Irish High Court has granted leave to the environmental charity, FIE to apply for a Judicial Review against unsustainable fishing

The Irish High Court granted leave today to the environmental charity Friends of the Irish Environment [FIE] to apply for a Judicial Review aimed at challenging the EU Regulation setting 2020 fishing quotas under the Common Fisheries Policy (CFP) because of its failure to meet a legally defined deadline of ending overfishing in all stocks by 2020.

According to Kate Ruddock, NGO spokesperson, “This legal action aims to challenge the short-term political decision-making process which in the long term is destroying the Irish fishing industry. If this challenge is successful it will push politicians to take decisions that allow stocks to recover to a level where fishing can be guaranteed into the future. However, no request has been made to suspend the implementation of the 2020 decision on TACs because we do not want to harm fishing activities – in fact the motivation behind this case is to protect the Irish and European fisheries from collapse.”

In 2013, as part of the last reform of the CFP,  the Council of the European Union and the European Parliament agreed in Article 2(2) of the CFP Regulation to end overfishing by 2015 ‘where possible’ and by 2020 ‘at the latest’. This measure was designed to restore all stocks above healthy levels capable of producing the ‘maximum sustainable yield’ (*MSY) and to implement the ‘precautionary approach to fisheries management’.

These rules aim to ensure sustainable fishing opportunities in the long term. Indeed, a study by the New Economics Foundation [Notes] concluded that restoring fish populations and subsequently exploiting most commercial EU fish stocks in North Atlantic waters in line with their MSY levels would deliver more than 2 million tonnes of additional seafood per year, an extra €1.6 billion in annual revenue, and over 20,000 new jobs.

Every December fisheries ministers from across the EU meet to set the fishing limits, or ‘Total Allowable Catches’ (TACs) for the next year. They have before them the International Council for the Exploration of the Sea (‘ICES’) recommendation for catch levels that should not be exceeded to allow the stocks to recover and remain above sustainable levels. The advice of the ICES is peer reviewed by independent scientists who were not involved in preparing the original advice and who have no vested interest in the outcome of the process and is therefore considered to be the best available scientific advice.

Yet around half of the TACs set by the Council in December 2019 exceed the scientific advice provided by ICES, according to an analysis by the environmental law charity ClientEarth who are supporting Friends of the Irish Environment in bringing this case. This habit of endorsing overfishing is jeopardising the long-term economic, social, and environmental sustainability of European fishing activities.

In some cases, scientists have been constantly advising that there should be no catches of certain vulnerable stocks. For example:  ICES advice for cod in the west of Scotland has been 0 tonnes year after year but this year the TAC actually increased to 1279 tonnes, of which 22% went to Ireland.  Similarly, ICES advice for the Celtic Sea cod was also 0 tonnes, yet the 2020 Regulation has set the TAC at 805 tonnes, with more than 50% allocated to Ireland. Whiting and plaice are also cited in the pleadings, both of which had ICES recommendations of 0 tonnes, with Ireland benefiting from 57% and 44% respectively of the non-zero TACs set despite this advice.

The issues related to zero catches go to the heart of this case. Friends of the Irish Environment argues that the EU Member States have a political and legal obligation to follow the best available scientific advice for all stocks whether they are targeted or caught as bycatch. Moreover, sustainable fisheries management requires taking a long-term perspective in balancing the social, economic and environmental impact of fishing measures.

A recent ClientEarth study on which Member States have been lobbying for higher than scientifically advised TACs in the period from 2017 to 2019 shows that Ireland is among the Member States that have most actively advocated for higher TACs, along with others like Spain and France. Moreover, in the challenged Regulation, Ireland benefits significantly from unsustainable TACs by having considerable shares in 13 of the stocks that exceed the scientific advice.

“Even though the Irish government and Minister Creed are partly responsible for the decisions taken regarding catch limits and quotas, ultimately these decisions are taken by the Council of  EU fisheries ministers as a whole, who are both collectively and individually bound by the CFP’s rules. Exceeding the MSY exploitation rate is incompatible with the basic regulation of the CFP and must be annulled by the Court of Justice of the European Union,” said Ms. Ruddock. 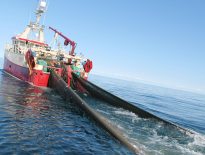 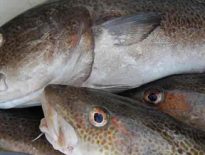