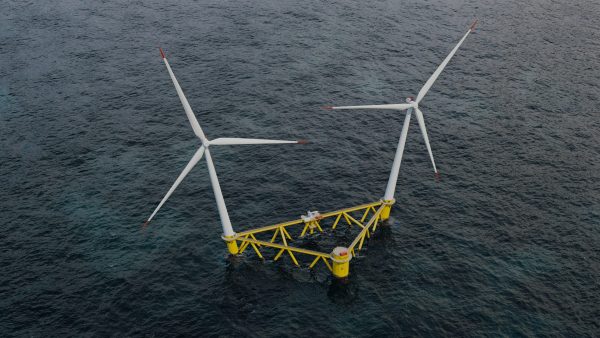 Hexicon has said that it was not the intention of their Chief Executive, Marcus Thor to say that fishermen in Ireland are not entitled to compensation for giving up their fishing grounds to offshore wind farm developments.

The Swedish-based offshore renewable energy (ORE) company has signed a memorandum of understanding (MoU) with the Killybegs Fishermen’s Organisation (KFO) for the potential development of a 200sq km floating offshore wind farm off the south west coast of Donegal.

“In almost every other part of the world, fishermen are effectively paid compensation to ensure projects get through. This was not going to be the case in Ireland, Thor says. Instead, a genuine approach to engagement and a real partnership were the priorities.”

The statement caused confusion amongst a few in the fishing industry who contacted The Fishing Daily, who in turn contacted Hexicon to verify the statement from their Chief Executive.

Speaking to The Fishing Daily this afternoon, James Brown of Hexicon UK and Ireland, said that Marcus Thor’s statement about no compensation has been taken out of context. He said:

“I think it’s a bit of misinterpretation. We would like to be able to clarify, we have all intentions of making sure the economics for the fishermen works.

“What Marcus was trying to say in the article is that we are not taking an approach that simply hands over a cheque and then feel exonerated. It’s quite the opposite. We are trying to do something that is in addition to that.

“We are not trying to buy our way out of something. Of course, the fisheries compensation scheme stays in place, we are not avoiding any of that. What we are trying to say is that we want to do something more than just a one of cheque.

“We are trying to say that we are here to work with the fishing communities and not draw lines on the map.

“If you look at what’s going on in other parts of Ireland, that’s your alternative. People come in, big balance sheets come in and draw lines on a map without consulting the fishing community and this is causing conflict. We are trying to do it differently.

“We are completely open to dealing with all the stakeholders, the sea is a common heritage. We have to include everyone.”

Michael Keating, who is working as a liaison between Hexicon and the KFO on the project also wished to clarify the statement. Speaking to The Fishing Daily he said:

“Firstly, the Community Development Fund will not be affected.

“Secondly, offshore wind can bring benefits to people, especially in Donegal that has been really badly hit through Brexit. A lot of the mackerel quota has been lost through the Trade and Cooperation Agreement. In terms of the fishing side, Ireland paid 40 percent of the cost of Brexit.

“Hexicon want to create a constructive partnership with the local community. They want to sit down with people and agree constructively and collectively, with fishermen how this is going to work.”

He said the KFO have taken the initiative to approach Hexicon in order to maximize the benefits for the local area rather than other offshore renewable energy (ORE) companies coming in and being allowed to set-up without engagement with the fishing industry.

“That’s what’s missing on the rest of the coast,” says Michael. “People are not having the conversation, and it’s a conversation that needs to happen, about how are these offshore developments going to benefit their communities, and how can the communities ensure that their stake in the future of any wind farm is established from the very outset.”

Both James and Michael ensured that Hexicon would work with the fishing industry to ensure their floating wind farm is established in an area that causes the least inconvenience for fishing boats.

James says, “We really believe that you don’t need to take this aggressive approach to entering the market. There’s a better way, and that’s what we are trying to demonstrate by collaborating with the KFO.

“We are at the beginning of the process. We are sitting down with the stakeholders to come up with an area that has potential and then we are going to go through methodically, with the stakeholders, big and small, and determine what’s best for everybody in the community.”

Hexicon is currently involved in in offshore wind farm project in the Celtic Sea. 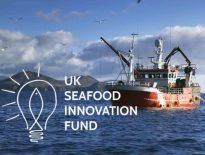 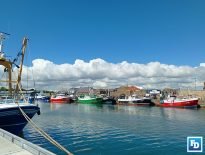