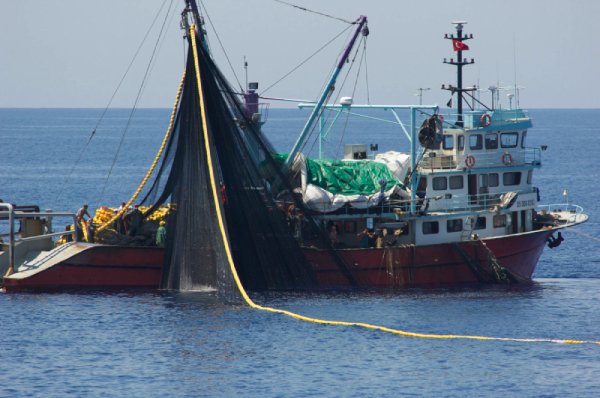 Marine conservation NGO BLOOM and anti-corruption NGO ANTICOR warn of a case of public-private transfer that causes a clear conflict of interest in the tuna fishing sector.

BLOOM and ANTICOR discovered that the person responsible within the administration [1] of negotiating access to African tuna resources for the French industrial fishing fleets has been recruited by the largest tuna fishing lobby in France, ‘ORTHONGEL’, a member of the European industrial lobby EUROPECHE, without respecting the three-year waiting period required by law.

The NGOs say that in addition to the functions within the administration, this person also represented France in the international instance responsible for the management and control of tuna fishing in Africa (the “Indian Ocean Tuna Commission”).

“This public-to-private transfer case — which could fall under the offence of illegal taking of interest provided for in Article 432-13 of the French Criminal Code — breaches the most elementary ethical code consisting of not carrying out activities in the private sector that are linked to previous functions within the public administration,” claims the NGOs in a press release today.

“Indeed, it is intolerable that a civil servant, armed with the knowledge of confidential files, strategic action plans, decision-making mechanisms, the mapping of relevant actors, as well as potential ongoing disputes would make this sensitive information available to private interests that are incompatible with the general interest that the person was previously supposed to defend. Such information gives industrial lobbies the capacity to navigate with great efficiency in the State matrix in order to influence public decisions towards their particular interests.”

The NGOs state that there is more at risk. The claim

“The case we are revealing today provides a very concrete insight into how defectors reinforce the lobbies’ strategies of influence over public decisions. In addition, this scandal has an immediate norm-destroying impact that must be fully taken into account: at this very moment, nothing less than the global framework for the control of EU fishing fleets is being renegotiated at the European level, and the industrial lobbies are on the verge of obtaining an appalling shift that would allow them to massively increase their official catches and to regularize years of illegal catches and tax fraud.

“As a matter of fact, the tuna lobby, armed with this strategic former public servant, is on the verge of obtaining a tolerance on catch declarations that would legalize the massive overshooting of quotas, although quotas are precisely instituted to protect species in poor shape.”

In their press release, the NGOs say that’s not the whole story. They state:

“Tuna lobbies may well obtain this staggering ‘margin of tolerance’ thanks to the decisive lobbying of the French State, which is taking a major part in this matter.

“Indeed, France’s complacency towards its tuna fishing fleets has been nailed by the European Commission: on 9 June 2021, the latter opened an infringement procedure [2] against France for having granted illegal derogations to its tuna vessels as well as for failing to control them. On 29 September 2022, the Commission reiterated this formal notice against France, this time by means of a reasoned opinion,  which is the last step before the European Union’s Court of Justice.

“If, during the final trilogue negotiations scheduled in Brussels (potentially on the 22nd of November, otherwise at the end of 2022), France obtains, as expected, the increase of the margin of tolerance on catch declarations, it will be able to kill two birds with one stone: on the one hand, it will be able to nip in the bud the legal procedure initiated against it by the European Commission and avoid a conviction, and on the other hand, it will be able to legitimize its years of willful ignorance regarding the abuses of its tuna sector while institutionalizing the destruction of Africa’s marine ecosystems.

“France has openly supported the unrelenting lobbying of the tuna industry and directly called on the members of the European Parliament to adopt amendments that would allow vessels to legally “get it wrong” with their catch declarations. However, France has omitted to mention the infringement procedure it is under and has thus lied about its true motives: to avoid a condemnation and to legitimize the overfishing to which it has turned a blind eye for years.

“Unless there is a strong reaction from the public and a counter-fire from the European Commission as well as from some EU Member States, the scandalous and illegal derogations granted to the tuna industry by the French government are about to become the European standard for all vessels.”

France is thereby caught in a blatant act of environmental destruction on a very large scale, claims the NGOs.

On top of reporting this public-to-private transfer case to the Public Prosecutor, BLOOM is also asking the French government to repeal the derogations illegally granted to tuna fleets since 2015 and to access all the monitoring data about the controls that the French government has allegedly carried out on its distant water fishing fleets since 2009. BLOOM is also requesting access to the vessels’ positioning data and all data concerning the use of artificial rafts to increase fishing: FADs (fish aggregating devices).

[2] See the press release of the European Commission. 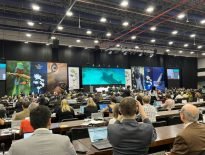 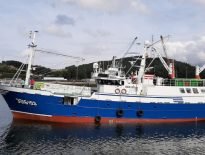