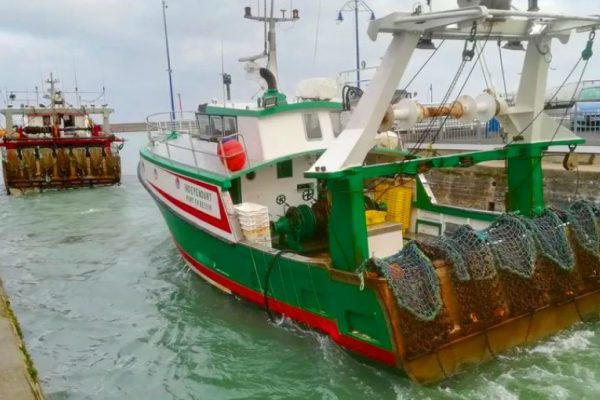 The French government announces extension of fuel aid system and the raising the ceiling for state aid for fishermen. Photo: Olivier Duc

The Secretary of State for the Sea Hervé Berville has today announced the extension of the fuel aid system and the raising of the ceiling for state aid for fishermen.

The fuel aid implemented since March 17, 2022, which had been extended for the first time on the proposal of the Secretary of State and which was to end on November 15, is now extended until February 2023.

With regard to the economic consequences of the war in Ukraine which persist for the fishing sector due to the still high level of fuel prices, a maintenance of the aid system was decided by the Prime Minister on the proposal of Hervé Berville.

Its amount will remain 25 cents (excluding taxes) per litre of diesel. The aid will concern all professionals and will represent a financial commitment from the State which may represent up to more than €20 million, in addition to the €45 million budgeted until then.

At the same time, the Secretary of State obtained from the European Commission a further increase in the ceiling for State aid within the framework of the Ukraine temporary framework. This ceiling, which was €65,000 in July and which had been raised for the first time to €105,000, now increases to €330,000 per fishing company.

This increase will make it possible to open access to fuel aid to more vessels and will therefore be able to fully apply to fishing companies with several vessels, which were previously excluded from it.

Faced with a situation that has persisted since the spring, the Secretary of State for the Sea continues to consider, however, that the accountability of the entire fishing sector must take over from this public support: the solidarity mechanism based on private funds and on which Hervé Berville invites the sector to continue working since the end of August is more necessary than ever to strengthen the competitiveness of the sector and its sustainability, the proposals made to date not being up to the challenges. .

This intra-industry solidarity must be part of a long-term vision for the modernisation of fishing tools. Alongside the encouragement to continue working within the sector, the Government will explore all other possible avenues, including legislative ones.

Hervé Berville declared: “Faced with the multiple crises that the fishing sector is going through, the Government takes its responsibilities and listens to the concerns of professionals. With the extension of this aid and with the massive increase in the State aid ceiling that I obtained, we are supporting our fishermen and our companies to get through the course. This situation shows us that, if we want to ensure the sustainability of our fishing model and build its future so that it continues to contribute to France’s food sovereignty, a real industry strategy backed by a solidarity mechanism long-term needs to be put in place.”

The Comite National Des Peches (CNPMEM) is also delighted that the general mechanism for compensating French companies for additional energy costs has included auctions and fishmongers within its scope. The notion of sector is indeed essential and the CNPMEM would like a quick discussion with all the links for a shared vision of the future, in particular with the GMS.

Olivier Le Nézet, President of the CNPMEM declared, “It is necessary to maintain a sectoral and transversal approach, because supporting only one link, even if it is that of the producers, would make no sense in terms of supplying the markets and of consumers.

The CNPMEM say that in addition to the desire to take up the challenge of decarbonisation, it intends to participate very actively in the construction of a sector strategy, as proposed by the Minister, with the support of the various retail brands.

Olivier Le Nézet finally concluded on the need to encourage vocations by accelerating initiatives in favor of the promotion of French fishing professions, because “Without the men, without a successor, all the aid, the efforts made will not have served to nothing.” 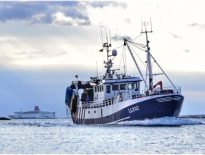 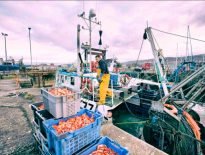