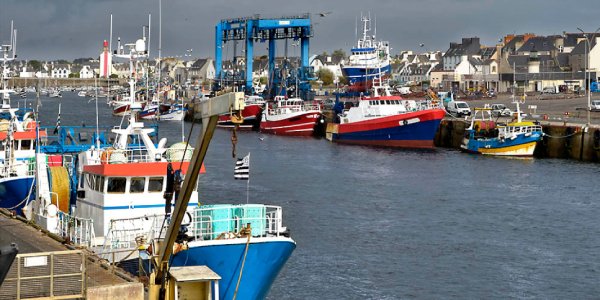 Fishers in the north of France have reacted angrily to the plan announced by their fisheries minister, Annick Girardin that would pay a compensation to those fishing vessels that are unable to obtain a fishing licence for UK waters.

The Agence France-Presse (AFP) has reported that French fishers believe that their government is throwing in the towel with one fisherman quoted as saying “This is the end”.

Ms Girardin said the government was preparing a rescue plan of €40 to €60 million for French boat owners being forced to remain in port due to the loss of licenses.

Faced with difficulties in obtaining fishing licences for UK waters, a reported 150 small boats in the French fleet would qualify for the scheme. Under rules laid down by the UK, these vessels cannot prove a track record of operating in UK and British territorial waters around the Channel Islands before Brexit. These small boats, under 12 metres, were not required to carry electronic tracking devices or logbooks. Therefore, the UK authorities has refused to issue licences even though the Government of Jersey issued 49 temporary licences on the 01 November last but that was seen as a move to stop the French Government imposing ‘measures’ that would have seen their boats unable to land their catches in French harbours.

Talks between the UK and France followed, but there has been no resolution, yet it has come as a surprise to French fishers after Ms Girardin announced the preparation of “fleet exit plans” to compensate fishing vessel owners who do not obtain a licence and remain unable to fish.

The AFP reports “The announcement had the effect of a bomb at the Assizes de la Mer, organised in Finistère, where local elected officials and professionals immediately rejected the hypothesis of a “massive plan to destroy boats”, while the negotiations continue with London”.

French fishers believe that their government have already lowered its demands for UK fishing licences but now feel that this id giving up.

The UK government claims that it has granted nearly 220 definitive licences, but French fishers and officials claim there are another 150 who should also qualify.

Ms Girardin vigorously denounced the attitude of the Government of Jersey claiming the islanders do not respect the UK-EU Trade and Cooperation Agreement.

Speaking during the meeting with fisheries representatives in northwest France, Ms Girardin said, “It is obvious beyond doubt that Jersey is not respecting the Brexit deal.

“Worse, it is showing an unwillingness to cooperate with us,” she added.

She said that 46 requests for licences from French fisherman had received no reply from the Jersey authorities, while another 52 licences had expired at the end of October “denying these fishermen access to Jersey waters.”

Loig Chesnais-Girard, president of the Brittany region said, “The battle is not lost, and negotiations are not over… I cannot accept that we start a massive move to destroy boats.

“We need diplomacy and the capacity to carry through with these talks so that the agreement is respected, because you know as well as I, if we give up on this, there will be other issues” subject to post-Brexit dispute, he said. 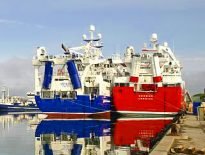 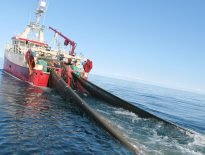