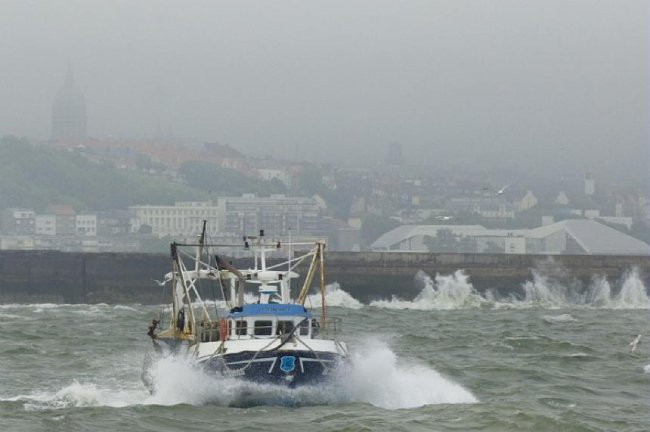 France has declared that the issue over UK fishing licences for their fleet is not over and called on the EU Commission to bring legal action to force the British government into issuing the required permits.

On Friday morning, 17 December, Emmanuel Macron met with a delegation of fishermen affected by Brexit, in the presence of Annick Girardin, the Minister of the Sea, and Clément Beaune, Secretary of State for European Affairs.

The discussions focused on the issue of unauthorised licences, on the implementation of the Trade and Cooperation Agreement with the United Kingdom, and that the French State intends to ensure that there is no boat left without a solution.

Olivier Lepretre, President of CRPMEM Hauts-de-France “salutes the unconditional support of the Head of State and the French Government and the implementation of measures such as the tightening of controls on British ships by the French authorities January 1, 2022, or the extension of aid devices for the ships impacted by this situation for almost a year now”.

The CRPMEM said the French government will also seek a clarification of the methodology used by the British, to accept or reject the allocation of UK fishing licenses to French boats, with the question being asked during bilateral discussions between the two countries. The Minister of the Sea will also appoint a person to investigate cases of fishing boats that are still without a licence.

It has also been confirmed that the technical measures imposed by the British are not contradictory on EU ships if they have been notified beforehand by the EU Commission.

The CRPMEM delatgation was told the government has officially announced that France will ask the EU Commission for a contention procedure against Britain before Christmas.

Speaking yesterday, Minister for European Affairs Clement Beaune told reporters that France had obtained 93% of the post-Brexit fishing licences it claims the UK should have granted to its fishing fleet.

According to Maritime Minister Annick Girardin, who spoke alongside Beaune, France was still pushing for a further 73 licences to fish in British waters. Paris says it will not drop its protests until all of the outstanding licenses are granted.

“The next step is that we will ask the European Commission in the coming days to convene what is called the Partnership Council, which is provided for by the Brexit agreement when there is a problem,” Beaune said after a meeting with President Emmanuel Macron.

The minister contended that within the coming days, the Commission would be asked to “initiate litigation, legal proceedings for the licenses to which we are entitled.” However, Beaune warned that legal proceedings were likely to take a long time.

In recent weeks the UK has granted more licences to French fishermen, but some boats have lost out as the UK contends that these boats have failed to prove they have the rights to fish British waters.

French ministers have previously made a number of threats, including cutting off electricity supplies to the British crown dependency island of Jersey, unless all of the licenses are handed over.

On the other side of the English Channel, many in the fishing industry have feel the UK government has broken promises made to them pre-Brexit by allowing EU-registered vessels into UK waters, whilst other are dismayed that their government did not even look to exclude these vessels from their 6 to 12 nm limit. 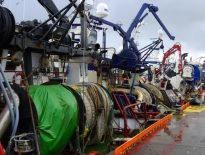