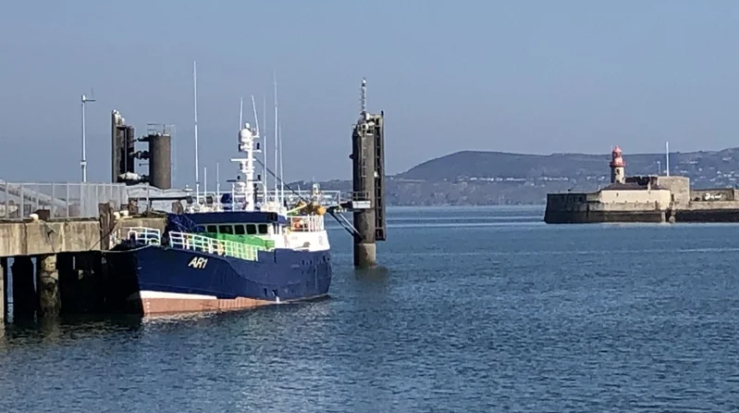 The UK-registered fishing vessel Magan D which was towed to Dún Laoghaire after its Irish Sea ordeal. Photo: RTÉ

A UK-registered Spanish owned fishing vessel has been towed to safety after drifting in the Irish Sea for a number of days.

The 38-metre Magan D arrived in Dún Laoghaire yesterday after five difficult days at sea. The boat which was built in 1953 was first reported with having problems on Wednesday, 03 March, when it was 27 nautical miles off the Welsh coast and experiencing engine trouble because water had mixed with oil and they crew could not restart the engine.

Holyhead Coast Guard had attempted to contact the owner.

By Friday, the owners had organised a tow, but although they had hoped to have the fishing vessel brought to their base in Pasajes, located in northern Spain, it was deemed that the owners plan was not possible. Instead, an Irish tug, Trojan, brought the stricken vessel to Dún Laoghaire.

Because Magan D is British registered it has been detained by the UK Maritime and Coastguard Agency which means it must be inspected and declared safe before it can leave Dún Laoghaire.

There are 15 crew members, some are Spanish, but most are Indonesian.

An official from the International Transport Federation, a union which represents maritime workers, called to the ship this morning, but was unable to make contact with the crew. 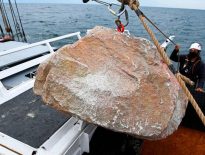 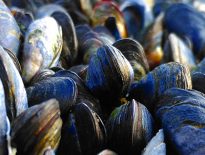