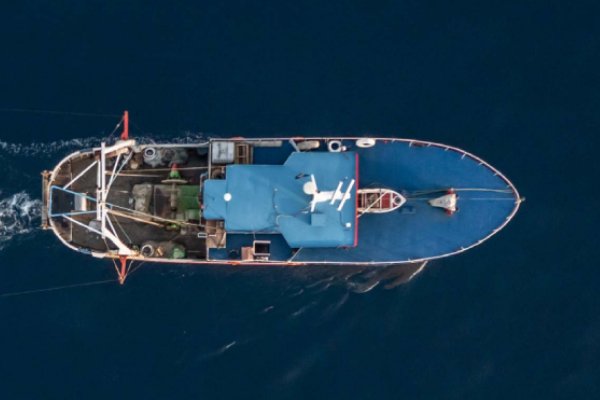 A striking lack of consistency in how import controls are implemented across EU Member States leaves the EU at high risk of consuming products acquired from illegal, unreported and unregulated (IUU) fishing, claims a new report by the EU IUU Fishing Coalition.

The availability of these products on the EU market means the EU and its Member States are inadvertently supporting these illicit activities, which can be linked to human and labour rights abuses.

These are the findings of the latest analysis by the EU IUU Fishing Coalition (hereafter “the Coalition”), made up of The Environmental Justice Foundation, Oceana, The Nature Conservancy, The Pew Charitable Trusts and WWF. The study examined EU Member State reports submitted to the European Commission for the 2018-2019 reporting period detailing their application of the EU Regulation to prevent, deter and eliminate IUU fishing (the EU IUU Regulation), and on seafood import controls.

Under the EU IUU Regulation, Member States are required to inspect 5% of all direct landings (seafood catches unloaded in ports) and transshipments (fish transferred from one vessel to another, whether at sea or in ports). In 2019, Denmark failed to meet the target for direct landing inspections, while Poland failed in both 2018 and 2019. The analysis finds that a key cause for inadequate implementation of the rules is a lack of capacity in Member States to do so.

Further, the study shows that a large number of seafood imported into the EU originated from countries with a higher risk of IUU fishing. For example, over 60% of catch certificates accompanying seafood entering Slovakia were validated by countries the EU has identified as non-cooperating in the fight against IUU fishing, i.e. ‘yellow-carded’ under the Regulation’s carding process.

“Improved and harmonised implementation of the rules across all national authorities is essential to close gateways that allow products from IUU fishing to enter the European Union”, said Tom Walsh, lead researcher at the Coalition. “We’ve seen that when countries invest to increase human resources, as Spain did, compliance with the required import checks notably improves. Member States need to ramp up capacity for their authorities to keep illegal seafood out of the market and off our plates.”

While tools to improve fisheries transparency and seafood traceability are available, national authorities have been reluctant to adopt them into practice on a voluntary basis. For example, the CATCH IT System, an electronic tool developed by the European Commission which aims to digitalise the EU’s current paper-based catch certification scheme, could drastically improve the situation.

“CATCH has been available to EU importers and Member State authorities since 2019, but no Member State has used it outside of a pilot phase,” continued Walsh. “This stresses the need for the use of CATCH to be required by law, which must come to pass at the end of current negotiations between Member States, the European Commission and the European Parliament for a revised EU Fisheries Control Regulation.”

To support national efforts to implement the EU IUU Regulation and ensure robust import controls, the Coalition is calling on the European Commission to actively identify those Member States in need of additional resources and to cooperate with them to improve their

performance. In cases where no action is taken by national authorities to ameliorate their import controls, the European Commission should consider all available measures, including initiating a formal infringement procedure for non-compliance with EU law. 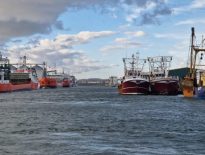