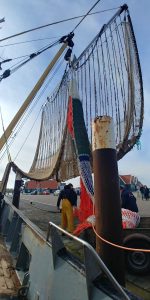 His accusation came yesterday, after members of the PECH Committee listened to ICES advice on electric-pulse fishing which was being presented by Mark Dickey-Collas, who is the ICES Advisory Committee Chair.

Mr van Dalen , who is the vice-chair of the fisheries committee was backed by fellow Dutch MEP  Annie Schreijer Pierik in the call for the immediate roll back of the 2019 ban on the controversial fishing method.

Electricpulse fishing was met with hostility in France, Belgium and the UK and NGOs called for a ban on it.

In May this year, a report from the ICES, which was commissioned by the Netherlands, found that electric-pulse fishing was a more favourable method of fishing over beam trawling.

“ICES advises that the change from conventional beam trawling to pulse trawling when exploiting the total allowable catch of North Sea sole contributes to reducing the ecosystem/environmental impacts of the sole fishery.

Provided that the sole stock is well-managed, ICES advises that pulse trawling does not impose any increased risk to its sustainable exploitation.”

Anti-electric-pulse fishing advocates have described the ICES report as repugnant, and have poured doubt on the authenticity of the advice.

However, in the Netherlands, it has been regarded as a green light for the reintroduction and expansion of the fishing method, even though the report does not claim to know the holistic effects electric-pulse fishing will have on the marine environment in the long-term.

ICES claims that they have “Robust and adequate knowledge” on electric-pulse fishing compared to beam trawling but have not made a study in comparison to small-scale or other artisanal fisheries.

“It was a very serious decision because a selective fishing method was being banned. As we heard, unwanted bycatches were being reduced to a minimum and the traditional beam trawl that was upsetting the benthic layer and also 35% of CO2 emissions being saved.

“Because of the Green Deal all sorts of strange decisions have been taken. Now there are problems here because in the fisheries policy decisions they should be based on scientific studies.

“In 2019 the first scientific study on pulse fishing seemed to be a good piece of advice but the final advice was due to come along later. Despite that a majority of the European Parliament went against their own principles and banned pulse fishing even though there were no scientific end-product on the table.

“Banning pulse fishing was a combination of lying and ignorance.

“So Chairman, we don’t see any area of fishing that’s been looked into us that much and details as pulse fishing and we know that now the European Commission has a ball in their court, they have to look at the evaluation of the technical measures and looking at the new Common Fisheries Policy and surely they should reintroduce pulse fishing.”

Dutch MEP Annie Schreijer Pierik said, “The Netherlands has always been right on electric-pulse fishing” and threw doubts on the European Union’s relationship with the Dutch fishing industry.

The Dutch politician who runs a pig farm in the Eastern part of the Netherlands, called for the European Commission to back electric-pulse and for its immediate reintroduction.

In his presentation, Mr Dickey-Collas presentation said that the ICES had a better knowledge of the effects of electric-pulse fishing over traditional beam trawling for sole, plaice and other flatfish in this specific are of the North Sea but he said that spinal damage was noted in species such as cod and whiting.

“So there would then be a comparison between the impact on the environment of those two and the difference in selectivity for example. Do you have any evidence in terms of carbon emissions between those two types of fisheries? That is what I would be interested in.

“If the answer is “no” I would ask the Commission “How can you carry this forward in the absence of important scientific evidence?

“And a final point, a few days ago an auction house in France closed and the explanation for that was a drop in sole coming into the market. Has ICES analysed the reasons for that?

“You say in your report that sole is managed sustainably, but then why are the sole numbers falling in that case?”

He said that this was not of concern to the ICES as more than likely they would end up being caught in the fishing net. On bycatch, he believed the ICES results showed that there was less juvenile and unwanted bycatch from electric-pulse fishing.

At the end of the meeting he did admit that even though the pulse-fishing report was deemed complete by ICES there was more research required into the impact the fishing method has on species outside of sole.

Mr Dickey-Collas pointed to the ICES advice which says the ecological and environmental impact of pulse trawling in the North Sea sole fishery is assessed using a quantitative approach that takes into account the effects of electrical stimulation and mechanical disturbance. The effects of pulse trawling are compared to the effect of conventional beam trawling, which is the dominant gear used to exploit the sole quota.

He said that further study was required in comparison to other fishing methods and on the impact on fish outside the targeted fish stock in the targeted area of the research.

In response to the ICES presentation, Fileyeurs Hauts-de-France tweeted “We, the gillnetters from the North, would like to know why we no longer fish for sole, the auction in Dunkirk has even closed. We are not the only ones, the Dutch fished only 37% of their annual quota in 2020 and yet @ICES_ASC claims that the sole resource is well managed. 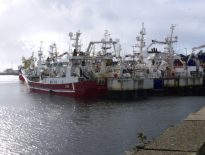