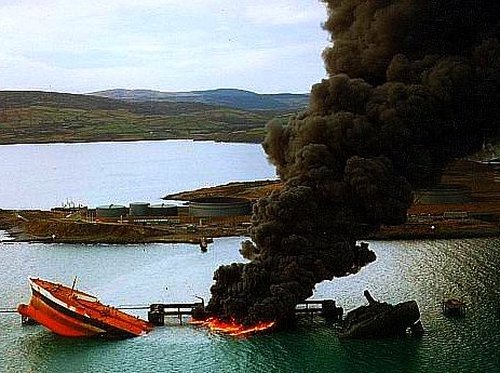 Ireland has been found guilty by the ECJ for breaching EU law in regards to the independence of the MCIB. Photo: RTE

Ireland has been found guilty by the European Court of Justice for breaching EU law in an action taken by the EU Commission over the independence of the Member State’s maritime accident investigation system.

In its judgment issued late last week, the ECJ said the Marine Casualty Investigation Board’s (MCIB) independence is “not guaranteed” leading to a marine expert warning that Ireland must urgently address the fundamental flaw identified.

The ECJ ruling took issue with the fact that the five-person MCIB board includes the Department of Transport secretary-general, or his or her deputy, and the Marine Survey Office (MSO) chief surveyor,

The Court’s ruling says that “in view of the functions performed simultaneously” by the two civil servants, Ireland is not fulfilling its obligations under Article 8(1) of Directive 2009/18” governing the investigation of accidents in the maritime transport sector.

The Government on behalf of the Irish State argued otherwise leading to the European Commission bringing the legal action against Ireland.

International maritime expert Michael Kingston has been in correspondence with Garda Commissioner Harris following the judgementof the European Court of Justice on 09 July 2020 against Ireland for fundamentally breaching European Law in the constitution of Ireland’s Marine Casualty Investigation Board.

The Judgement is damning in respect of Ireland’s failure to establish an independent maritime investigatory Board which supports Mr Kingston’s references in his letter to Garda Commissioner Harris of 08 January 2020 accusing the Department of Transport Tourism and Sport and the Marine Casualty Investigation Board (MCIB) of Misconduct in Public Office in respect of current marine tragedy investigations supported by whistleblower revelations, following which a Garda review is ongoing.

Mr Kingston has also accused the current Chair of the Board, and a number of Government Ministers, and outgoing DTTAS Minister Mr Shane Ross, of misleading the Oireachtas in repeatedly stating that the MCIB was an independent body. Mr Kingston, maritime expert. Mr Ciaran McCarthy B.L, and family members of victims, are calling for an immediate public enquiry into all MCIB investigations, and the immediate resignation of the Chief Surveyor, and others responsible for supporting this illegal position, which they say, has caused a failure to learn lessons from maritime accidents, and further death, which, as the Judgment explains is the fundamental reason for an independent MCIB.

Mr Kingston, from Goleen in West Cork, the son of Whiddy victim Tim Kingston, is an internationally respected maritime expert, is vice-president of the French-Irish Association of Relatives and Friends of the Betelgeuse, is also spear-heading an imminent High Court application in respect of the Whiddy Island disaster for the State’s failure to ensure maritime safety.

the State in investigating maritime accidents, as a matter of urgency in order to save life and to establish the fundamental rights of victims in death and those of their family members in investigations’.

His detailed allegations, that include misconduct in public office by MCIB members and DTTAS officials, follow months of investigation and multiple whistleblower revelations from within the Marine Surveyor’s Office, former officials, or marine accident investigators such as the following evidence from the whistleblowers:

“The draft investigators’ reports are being changed, and families never know what finally happened or when it happened. Details are removed because it will reflect badly on the marine department.

“Most of our recommendations would be taken out and reduced down to nothing.

“Several incidents involving our rescue services have gone without investigation where critical lessons have not been learnt which has, almost undoubtedly, contributed to further loss of life.

One whistleblower claims that, in relation to a report into three fishermen who were lost off Dunmore East, there was a problem with the EPIRB (emergency beacon) and lifejackets. The report references the EPIRB but does not elaborate on the issue, which was critical. It did not activate.

Mr Kingston has been supported in particular by Ms Anne Marie O’Brien, sister of John O’Brien who drowned off Helvick Head in July 2010 with his friend Pat Esmonde. Ms O’Brien has been at the forefront of legislative amendments to the Merchant Shipping Act, led by Deputy Mattie McGrath, due to the obvious flaws in the investigation into her brother’s death. Mr McGrath has been seeking to change the Act to ensure the MCIB has suitable competency.

Mr Kingston has commissioned a formal report by CAPT. Neil Forde of Marine Hazard Ltd to carry out a review of the investigations, reports and recommendations of the MCIB.

On the case Michael Kingston said:

“I have been corresponding with the Government of Ireland since November 2014 and despite my representations I have never received a response. What I have been saying all along, both from my experience as an international maritime Expert working with the United Nations International Maritime Organisation, and on behalf of the families of the Whiddy Island Disaster victims, has been backed up by the European Court of Justice in this action brought against Ireland by the European Commission, who I have been working closely with on critical maritime safety regulations, in order to try and protect our merchant seafarers, pleasure craft users and fishermen.

“It defies belief that the Maritime Safety Directorate of DTTAS would try and defend this position, costing the Irish tax payer millions in legal fees, which could have been spent on rectifying our maritime safety framework. This reprehensible approach by the Department officials on behalf of our State is a repeat of history, of our failure to learn lessons, of our failure to have correct structures in place for safety, and of our State failure to take responsibility for wrongdoing. The proper analysis of maritime investigations is the fundamental right of those who die, as is the proper involvement of their families in inquiries, under the European Convention of Human rights. This Judgment conclusively shows that the Irish State has denied the victims and their families those rights, and there must now be an immediate public enquiry as to how this has been allowed to occur, and all MCIB investigations must be reviewed.”

The Department (DTTAS) and the Chief Surveyor are out of control. The Judgement of the European Court shows that they fought an obvious wrong doing since 2015. The Officials responsible, starting with the General Secretary, Assistant Secretary (Marine) and the Chief Surveyor must immediately resign. Not only is this a national scandal, but as an International Maritime Organization Consultant working on maritime safety it is a matter of embarrassment and shame for me that the Country that I adore is operating like this”

“In light of our communities’ experiences of marine tragedy, from the Fastnet and Betelgeuse disasters in 1979, to the 2016 death of Coast Guard volunteer Caitríona Lucas, the loss of all four crew members of Rescue 116 in 2017, and the heart-breaking events that unfolded off the coast of Wexford in the first week of this new decade, it is incomprehensible and indefensible that Ireland should fail to implement basic international marine investigative norms as required by our membership of the European Union and by the memories of the victims and their families. It is a matter of deep shame to read this Judgement and those who have presided over this must be held to account via a public enquiry which must review all maritime safety regulations and investigations”

“I and my family demand an immediate re-investigation into the circumstances of by brother’s death with his friend Pat Esmonde. The decision of the European Court confirming that Ireland’s Marine Casualty Investigation Board is not independent confirms the fundamental failures of the MCIB Report into my brother’s death, where we have strong evidence that the investigator’s original report and recommendations were altered by the MCIB. We strongly support Mr Kingston and Mr McCarthy’s call for a public enquiry. If my brother’s death is not immediately re-investigated, we will seek Judicial Review.”

“The judgement of the European Court of Justice re the European Commission -v-Ireland is not unexpected. Its judicial findings are mirrored in the irregularities and failures I have found in the review of MCIB reports.

“The defence proposed by Ireland that the MCIB is unaffected by the presence of two members from the Department Of Transport ,Tourism and Sport and specifically the chief surveyor, as there are three other members on the board putting the DTTAS members in a minority is at best hubris and at worst misleading to the point of perjury.

“The department is well aware that all members of the board (MCIB)are appointed by the Minister and in any event lack the technical ability to evaluate a marine incident investigation to the point of producing a relevant report. Furthermore, my investigations reveal that the recommendations of the MCIB are as insipid as the EU Court of Justice assumes”.

CAPT. Forde was a seafarer for 32 years, 24 as a ships master, from 1970 to 2002. In 2002 he accepted a position as nautical surveyor in the Marine Survey Office. From 2002 until 2010 he was a warranted inspector for the MCIB while simultaneously carrying out surveys and inspections both for the Irish State and under the Paris Memorandum of Understanding Inspection regime of foreign ships. From 2010 he continued carry out judicial investigation of marine incidents. He retired from the MSO in 2016 and set up Marine Hazard ltd. a marine consultancy company. 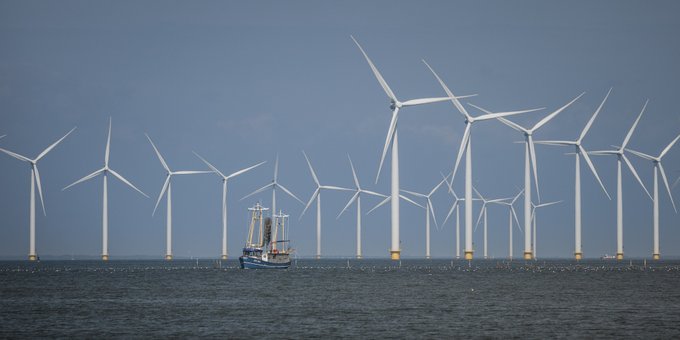 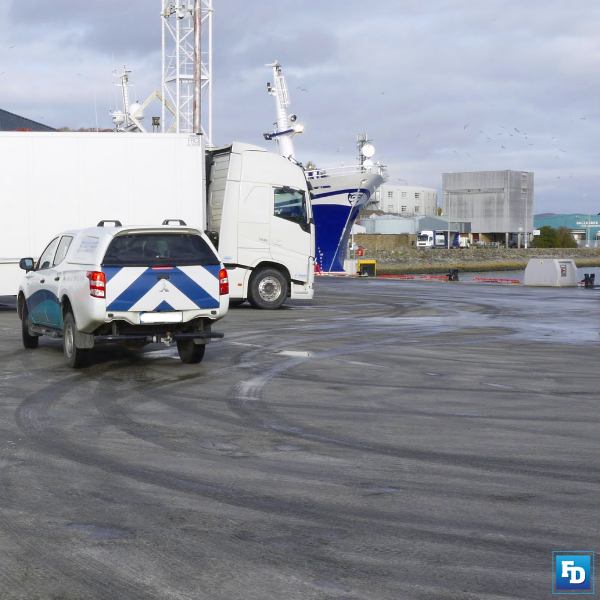 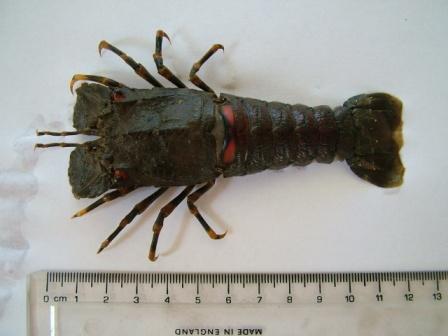 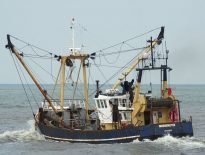 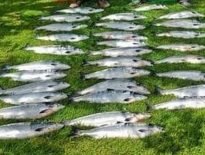